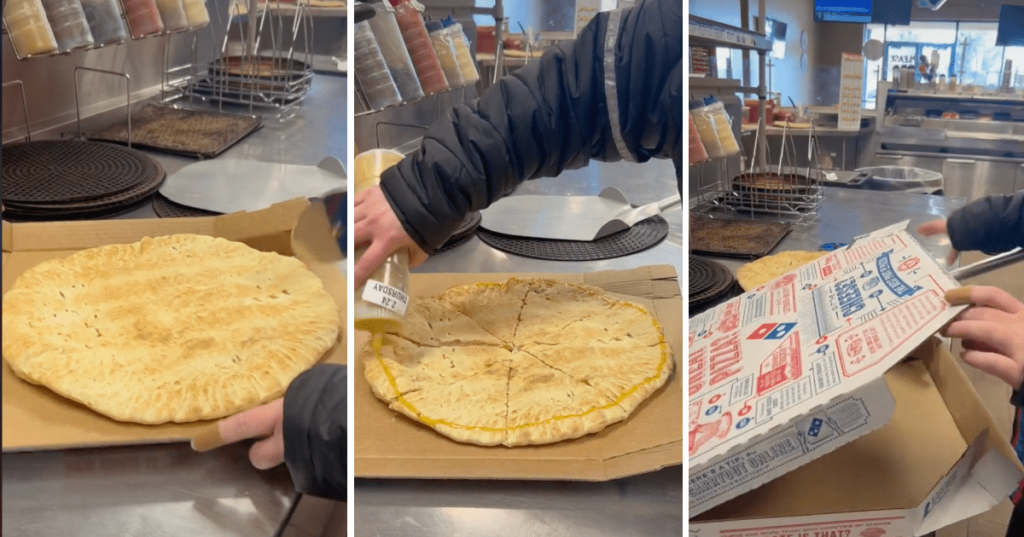 If you’re someone who has ever had to live with diet restrictions – either temporary or permanent – then you know what it’s like to get weird looks or questions when you put in an order in person or over the phone.

I’m someone who has, at certain times in my life, had to order cheese-less pizza, and let me tell you, it was no picnic for anyone involved. 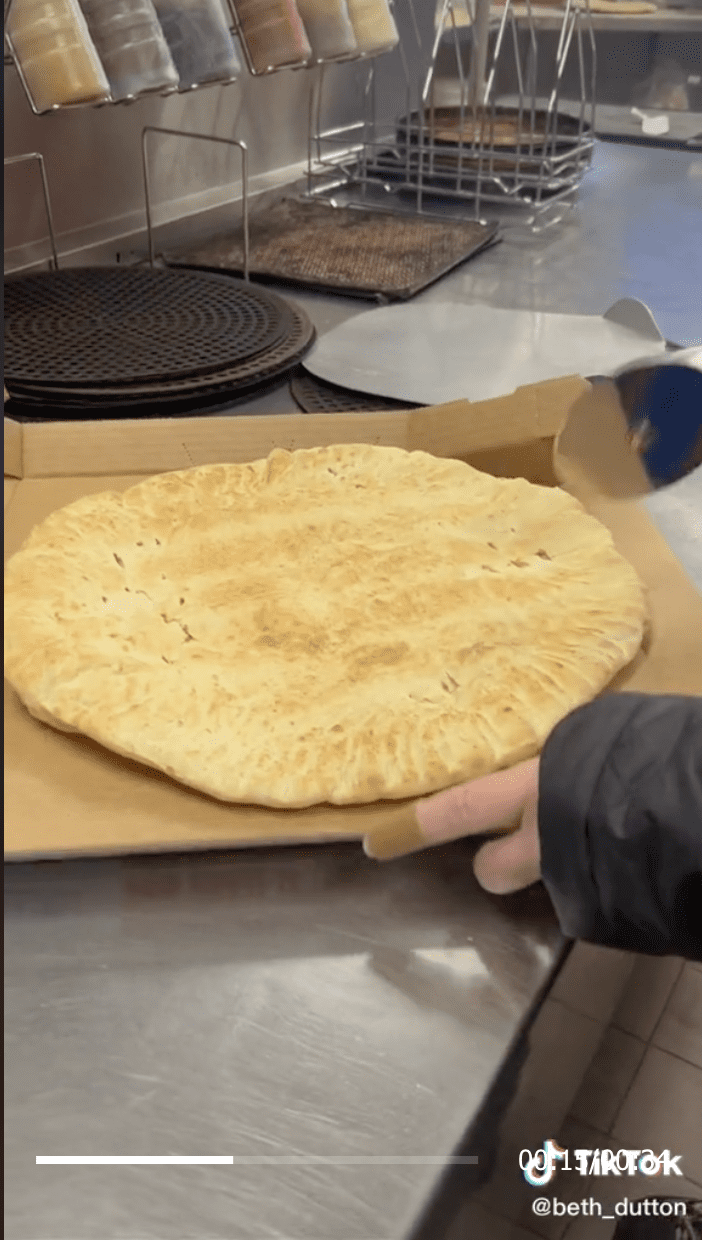 That doesn’t seem like much of anything, though, when it comes to this “no-topping” order came into Domino’s.

The strange request was shared by employee Beth D. (@beth_dutton) on TikTok, and even she couldn’t help but laugh good-naturedly in the background as she gave the customer exactly what they wanted.

“Sometimes you get strange orders at Domino’s,” she shared in the video’s caption – a post that has now amassed 4.4 million views and 1100+ comments

Some of the commenters harkened back to another hilarious pizza order that eventually turned into a meme known as “none pizza with left beef.”

“I thought it was gonna be none pizza left beef.”

In that one, the owner of a blog called The Sneeze ordered a pizza with no sauce, no cheese, and no toppings except for beef on the left half.

Other people thought it looked like one giant breadstick, and of course a few pointed out that dietary restrictions could mean the orderer was more comfortable topping their own pizza at home.

If you’re curious how the order came in, Beth said it was a request for a “Hawaiian minus everything,” which meant it cost $33.

Some times you get strange orders at dominos. #pizza

I personally would have gone with cheese, since it’s cheaper, but to each their own.

Tell us the story down in the comments!