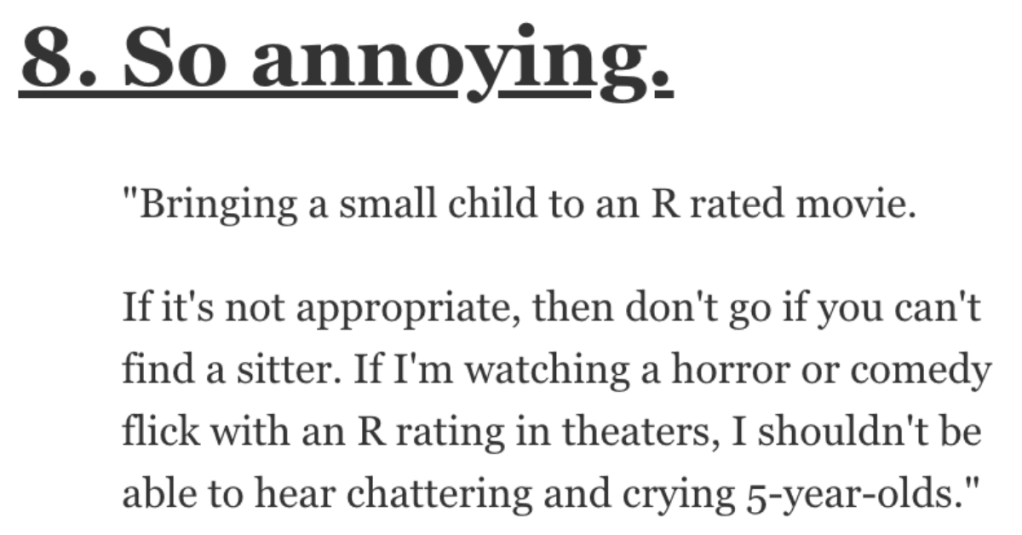 What Are Some Socially Acceptable Things That Shouldn’t Be? Here’s What People Said.

It’s funny what society tells us is acceptable and what isn’t?

I see some things that people do that the majority of folks view as totally normal and I think they’re whack as hell.

And then I’ll see something that I think is ludicrous or even dangerous that isn’t frowned upon one little bit.

Life sure is weird…

Folks on AskReddit talked about things that are socially acceptable but really shouldn’t be.

“Going to work sick some how makes you a team player……”

“Company loyalty. It’s completely fine and expected for the employee to be loyal to the company.

But it’s also acceptable for the company to fire someone who’s been loyal to them for years without even giving them an explanation.”

“Being asked to work off the clock.

Checking work emails and texts at home is work and should be paid.”

“Touching pregnant women’s baby bumps is apparently socially acceptable… it should not be.”

“I work retail, so this should be familiar.

In a convenience store you don’t get breaks per se because of the nature of the business, especially if you are the only employee in the store at a given time.

I am a non-smoker. Guess how many smoke breaks I get, let alone a “regular” break? That’s right: zero. If a smoker needs a “smoke break” guess who has to cover that break? Yup, me.

If you aren’t sure where I am that’s OK, I’m in the US. Breaks for an addiction is fine apparently, but God forbid you need a quick 5 minute break to destress due to stupid people.”

6. Doesn’t work for everyone.

“The definition of a successful career being related to income rather than job satisfaction.”

“The entire concept of the paparazzi.”

“Bringing a small child to an R rated movie.

If it’s not appropriate, then don’t go if you can’t find a sitter. If I’m watching a horror or comedy flick with an R rating in theaters, I shouldn’t be able to hear chattering and crying 5-year-olds.”

“Telling people “oh you’re so quiet” when you are the one obviously uncomfortable with their quietness.”

“That dads are “babysitting” their kids.

Not only is it often rude to the father, but it is also perpetuating this idea that the mom has to be the main caretaker of kids and makes it so that dads are in the right when they are basically babysitting their own kids because mom is busy.”

“The fact that life revolves around work.

You work 8 hours a day, 5 times a week to do something you enjoy for a few hours per weekend.”

“Older family members constantly asking and pressuring younger people to get married and have kids already.”

The idea that it’s fun and quirky for a mom to need to drink excessively to deal with her kids and husband.

No it’s not okay to drink a half a bottle of wine before noon.”

What do you think is socially acceptable but really shouldn’t be?