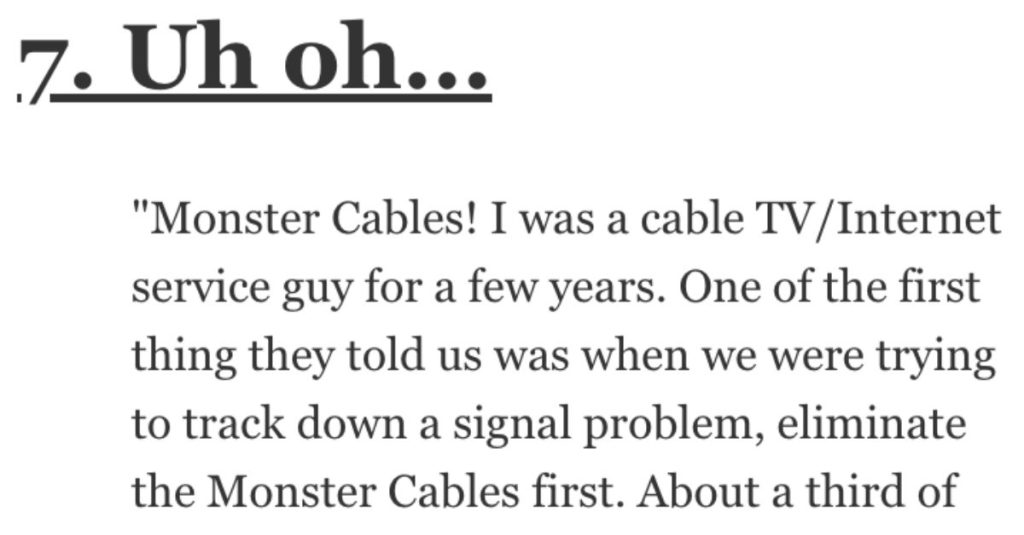 What Brands Aren’t Worth the Money? People Shared Their Thoughts.

Are you the kind of person who is loyal to certain brands?

Well, if you are, I bet you also have brands that you definitely think are totally overrated and overpriced.

Check out what brands these AskReddit users think charge way too much and we’ll see you in the comments!

It’s fresh fruit, cookie cutters, skewers, and about 30 minutes of work. Buying one is a terrible idea, but making a basic one is super impressive to most people and anyone with basic kitchen skills can do it.

Making one and then immediately eating it is also a fun couples activity.”

I doubt this is as much of an issue in countries outside Australia and maybe New Zealand, but so many brands label their s**t as “Byron bay” something or other. It’s almost always trash (Byron bay cookie co. being a notable exception but also probably one of, if not the, first to do it).

Otherwise it’s just an attempt to capitalise on the name of a tourist town that any area local will tell you is a s**thole that’s only good for trying to hookup with European backpackers.”

Vancouver and Toronto prices have started branching out to other parts of Canada over the last two years and it sucks.

The prairies are pretty much the only place you can still find real estate that’s been rising at reasonable rates.”

Their prices used to reflect the mediocre but good enough quality.

Now they got big in the head and inflated their prices WAY beyond their worth. I’m not spending $40 on a shirt that will pill and shrink after a few washes.”

They are called melamine sponges and are cheap AF.

Don’t waste your money of the name brand!”

They used to be super tough, now they suck and you pay for the brand.”

I was a cable TV/Internet service guy for a few years. One of the first thing they told us was when we were trying to track down a signal problem, eliminate the Monster Cables first.

About a third of  the time that’s what it was. The coax jumpers we made ourselves were nearly 100% reliable. The other cables for other things were just cheap stuff in clear plastic bags. We sometimes had trouble with them but it was rare.

Not only are monster cables terribly over priced, they are utter garbage.”

They suck as much as they possibly can without any concern for the long term health and reputation of their holdings.

How do I know? I used to work for one of their more profitable companies… and they never invested a nickel in the employees; either in paying or hiring them.”

“Every Skullcandy item I’ve ever bought has broken within months.

“Luxottica, so essentially almost all sunglasses.

You used to be able to get a filling, meal on the cheap. I remember when my family would stop on road trips – family of 5 for under $35-40.

Now it’s d**n near $10 a single meal, and the food quality has not improved.”

12. Better options out there.

They look nice, but at that price point, there are better options for headphones.”

I live in India and the price of their coffee over a local coffee stall (especially in South India) is roughly 20x.

No not joking, its f**king 20x the cost in a country where people have trouble affording the cheap one in the first place. What a f**king rip off.”

Tell us what brands you think aren’t worth the money.