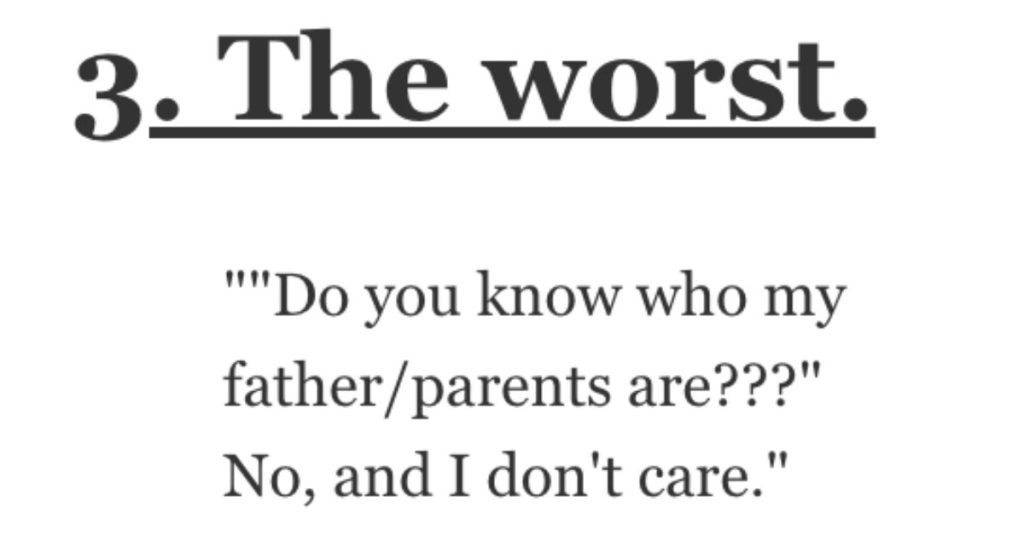 What Do People Brag About That No One Actually Cares About? People Responded.

I don’t care about the band Phish one way or the other, but I was at a bar recently and a guy there told me he’s seen them 147 times.

Let that sink in for a minute…

What do people brag about that they really shouldn’t?

“How much money you have.

Jesus. If I had a nickel for every time a d**nk said “I gOt AlOt Of MoNeY” I’d be rich enough to tell people that also had a lot of money.”

“The sports they played in high school and how AMAZING they were (which they will most certainly embellish, especially if you didn’t go to their school and know they rode the bench).

Like no one cares except the ones who buy it.”

“In a workplace setting at least, how high your grades or test scores were in college. Usually used in an “I’m actually too smart to be working here” kind of context from younger hires or recent grads.

Cool, you will have forgotten 90% of that material within a few years because it isn’t relevant for the rest of your life, and you’re just in debt like everyone else.”

“Its quite interesting that when people first start drinking, they LOVE to talk about how much they are drinking/drank.

Carries over with some full grown adults. Its wildly irrelevant. Not a single person cares.”

“What “percent” of any other nationality they are.

I’m not Italian. But my Stepgrandfather was. We were very close and he was really the only grandfather I ever had. He came from a large Sicilian family and had the stereotypical personality of an American Italian you see in mafia movies.

His parents had immigrated from Italy just before he was born. And then several of my other very close family members married into some very traditional italian families, so I was pretty much surrounded by Italian Americans my entire childhood.

Well when I was in my early teens, my dad ends up marrying a woman (my first stepmother) who’s an adopted half-Italian (supposedly). She talked about it all the time and considered it a big part of her identity although she had zero Italian culture.

She was a redneck blonde woman. And her daughter (my stepsister) was even worse. At best she was 1/4th Italian but drove around with an Italian flag on the front of her car…”

I don’t talk about my coke addiction, why are you telling me about your gambling addiction?”

“Coworkers who boast about their children and grandchildren – enumerating their “accomplishments” in too much detail.”

I’ve know of people bragging about going to boot camp before they even started it.

“NFT’S, Virtual currency, or stock trading outside of their respective communities.

Yes they make a lot of money, but I don’t want to hear you go on and on about it for 45 minutes.

Like dude, seriously, I’m trying to take a s**t, go somewhere else with it.”

“Whenever they brag about how much they can lift, I just say yeah bruh I finally moved up to the 10lb hand weights.

Which is actually true because I’m weak AF, but they don’t need to know that.”