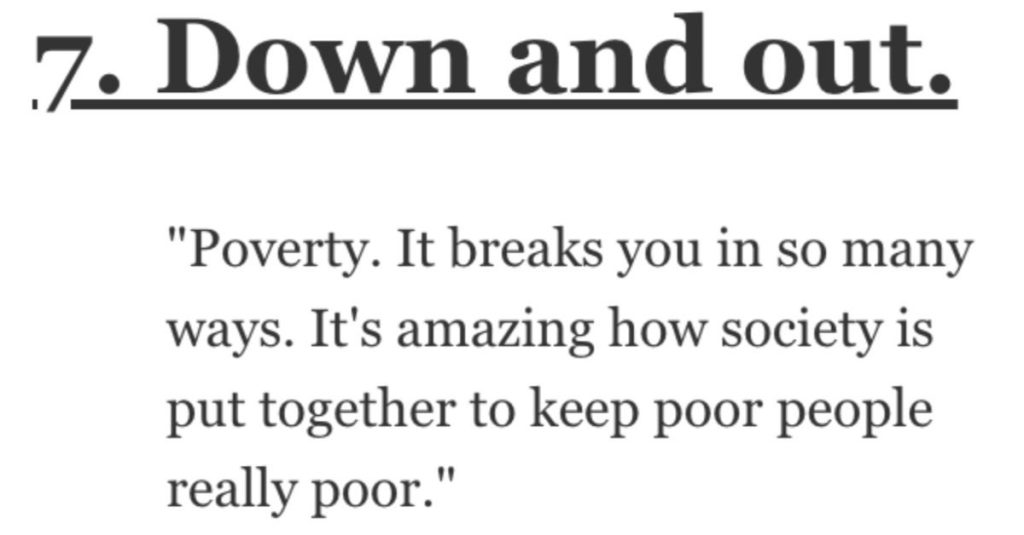 What Do People Not Fully Understand Unless They’ve Experienced It? Here’s What Folks Said.

Do you want to know what really grinds my gears?

Well, I’ll tell you: when someone who HAS NOT experienced something acts like they know what they’re talking about.

And, in case you haven’t been paying attention, there’s a whole lot of this going on right now…

So let’s hear what AskReddit users have to say about this.

100% absolute f**king terror I would not wish on anyone.”

I spend every d**n day in pain and it is such a burden that nobody around me seems to understand fully.

Chronic pain is exhausting and fatiguing and people like to compare it to when they’ve had similar, short term pain and can’t understand why I would feel and act the way I do because of it.”

My dad was diagnosed with liver cancer on September 30th, was told he had a small tumor on it and that they’d get him started with treatment.

He d**d October 7th, the tumor was not small. It was half the size of his liver. He spent a day and a half in ICU, and 2 hours in hospice before passing.”

One thing I had people always say about me was “but you always look so happy”.

They couldn’t imagine that i had just taught myself to hide it.”

I can describe tripping in great detail to other people who have tripped, but no matter how accurate the description, it still sounds like incomprehensible word salad to someone who hasn’t had the experience.”

I thought I was d**ng the first time I truly had one, I had no idea what was happening.

Now I’m well aware of it as it picks up, but I know d**n well anyone who hasn’t had one has no idea what actually happens.”

It breaks you in so many ways.

It’s amazing how society is put together to keep poor people really poor.”

8. Can’t understand unless you’ve been there.

The whole thing. The excitement before deployment. The feeling of having a shared singular purpose with people you’ve essentially grown up with. The way combat effects time. The adrenaline crash afterwards. The elation you feel when you win.

The existential panic you feel when you witness a friend d**. The sounds of d**ng. And the sounds people make when they find out someone they loved d**d. Having friends go on a mission without you and simply never come back. The way you just keep living.

Turning 22 and becoming one of the old guys. How water tastes after you’ve gone so long without it. The way different things smell when they burn. The realization that the world is indifferent to what you and your friends are going through. How long the final three months of a deployment can feel.

Demobilizing and coming home to a world that never really changed. The pride of being a veteran in a unit full of new guys. The moment you realize you’re the last one left. The feeling of getting your discharge. The realization that you’re only 27 and you’ve got to figure out the rest of your life.

When people ask you if you k**led people. When people stop asking you about the war. How cool it is when one of the guys calls you out of the blue 15 years after the fact to catch up. How much it sucks to see one of the guys struggle with life when they live on the other side of the country. Looking at a photo of yourself and realizing you’ll never the beautiful war-fighter you were back then.

Not knowing what to do with yourself without that shared singular purpose. The feeling of finding your own. When the memories fade, but your lizard brain remembers.

How you don’t like to talk about the war and how dudes with Grunt Style shirts and Veteran hats annoy you, but you feel more comfortable around them than with civilians. The guilt, bitterness, pride, anger, and sentimentality you feel looking back.”

Most people see it as a joke, but it can be crippling.”

“Miscarriage. I’ve noticed it with my wife.

She had 2 miscarriages in 8 months.

Unless you’ve been through it (or lost a child some other way) you just can’t understand.”

My husband k**led himself. Psychological assessments say that the s**cide of a spouse or child might be the most severe trauma a human being can experience.

People show up and say exactly the wrong thing. They compare it to “regular” spousal d**th or other hardships.

After six years I am getting better but if I call someone that I love and they don’t answer the phone, I still get the shakes.”

It’s far harder than I ever imagined.