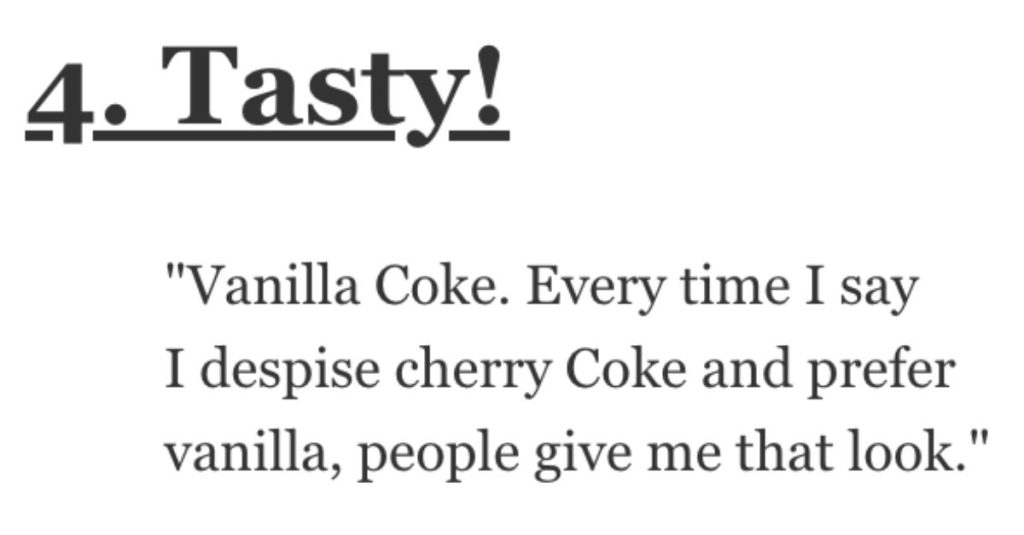 What Do You Like That Most People Don’t? Here’s What People Said.

And amid all that chaos, do you ever find yourself liking things that people don’t like anymore?

Free exercise and I love the accomplishment as to how nice my yard looks afterwards.

Plus I listen to my music.”

I don’t get why people don’t go traveling around the world, if they don’t have anyone to accompany them. There is so much stuff those people miss out, just because they somehow think, that it is necessary to have someone with them. No, it is not!

As much fun as it is to travel together, traveling alone has also a lot of advantages: you can plan 100% according to your own wishes. There will never be discussions about “I don’t want to see that and I don’t want to eat that!”. Changing plans on the fly without the need for additional coordination is the real freedom!

And don’t forget: alone does NOT mean lonely! I’ve met so many people at places where I went alone, that I probably would’ve never known, if I was together in a group.”

“The smell of gasoline, oddly enough. I don’t know why. I can’t explain it. Just the smell though. I’ve never tasted it (or wanted to try).

Most people can’t stand the smell but I think it smells wonderful! I don’t share that with many people though.”

Every time I say I despise cherry Coke and prefer vanilla, people give me that look.”

They’re so good when you cook them right (i.e. not boiling). And if you bake/airfry them for long enough with just some salt and pepper, you have crispy and light Brussels sprout chips.

“When it starts getting dark early.

People complain how Polish winters are gloomy and depressing because it starts getting dark after 3 p.m. but I love it.

Geometry proofs were my favorite part of high school math.”

My mom and some family friends h**e snow (cause driving issues and stuff I guess) but I love it. Especially when it’s dark.

I love taking walks when it’s snowing, even though I end up cold and miserable when I get home I love it.”

There’s a ton of Olive Garden dislike on here and I go every week.”

When I was a kid in the early 70’s this was Thursdays dinners.

Every time I say it on here I get downvoted to hell by people who h**e their jobs and just want to teleworking forever.”

I looked for a job that is only paperwork but couldn’t pinpoint what job that would be. Paperwork, filing, VERY limited human interaction would be heaven.

My job now finally has the limited human interaction so I’m satisfied at the moment.”