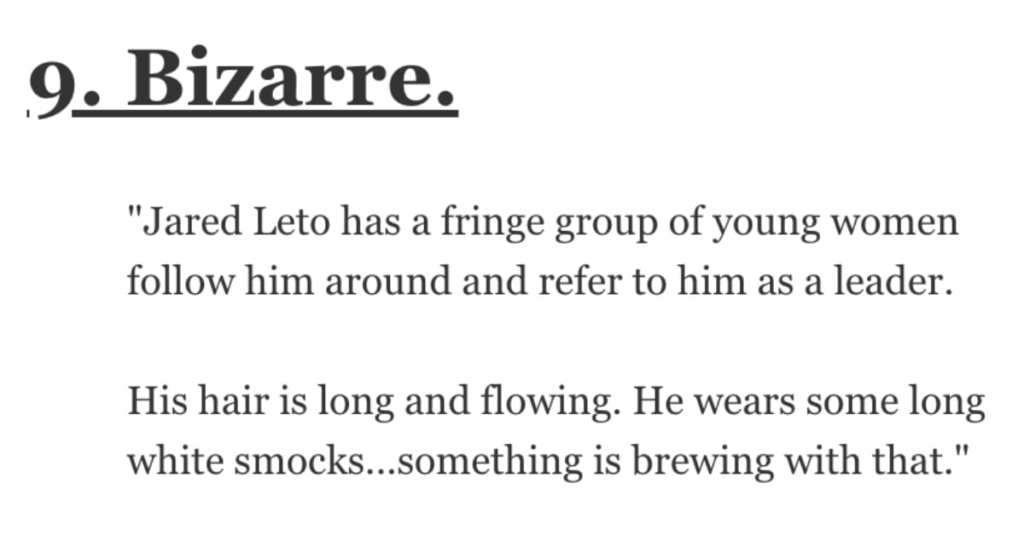 What Famous Person Did Something Bad but It’s Often Been Overlooked? Here’s How People Responded.

Some people are banished from fame and celebrity forever because of things they’ve done and others are forgiven or they have their dirty deeds swept under the rug and overlooked by the public.

It’s very weird how it works that way…

Let’s check out some celebrity stories from folks on AskReddit that are often overlooked.

“Famed musician John Phillips of the 1960s folk rock group the Mamas and the Papas supposedly had a 10 year incestuous relationship with his actress daughter, Mackenzie Phillips.”

“Allison Mack (of “Smallville” fame) was a member of the NXIVM cult and was personally responsible for human trafficking, s*xual assault, BRANDING, and literally making other women s*xual slaves of the guru.

“During the filming of the Twilight Zone movie, John Landis demanded a scene be shot in the middle of the night and beyond the amount of time that child actors are allowed to work.

Paid off their parents in cash from his own pocket. During the scene there were big pyro effects and a helicopter pilot hovering dangerously low. The pilot was trying to keep safe but Landis kept telling him to get lower.

Pyro blast damaged the tail rotor of the helicopter, which lost control and crashed decapitating an actor and one of the children, the second child was crushed to death.”

“John Stamos admitted in Jane Magazine to tricking a girl into having s*x with his friend.

He bragged that he started making out with this girl in a dark room, got up to “brush his teeth” and then let his friend go in and have s*x with her.

No one mentions it.

Some dirt bags just get a pass I guess.”

5. Never heard that one before.

“Karl Malone (ex NBA player) – impregnated a 13 year old girl while he was 20 in college.

Did not have a relationship with the kid.”

“As a person in the film industry. It is well known that Steven Seagal beats the living sh*t out of stunt guys FOR REAL.

In the movie “Under siege”. He TKO’s like 4 guys, throwing them into the wall, and kept saying “get me another one”.”

“Coco Chanel was a member of the Nazi Party, not just a supporter.

She went into hiding following the war before re-emerging later to rebuild her empire.

She also fired her entire staff when they demanded worker’s rights.”

“Jared Leto has a fringe group of young women follow him around and refer to him as a leader.

His hair is long and flowing. He wears some long white smocks…something is brewing with that.”

“Steven Tyler got custody of his 14 year old girlfriend so she could go on tour with Aerosmith and be together.

“People are still playing Chris Brown on mainstream radio like he didn’t try to kill Rihanna.”

Kelly insisted on having student videographers record practices. Back in October of 2010, the region was experiencing a very bad wind storm (50+ mph gusts), and Kelly hated to move practice inside, so once rain/lightning was over, he moved it back outside, despite the high winds. The videographers had to climb into scissor lifts and ascend up to 40 feet high in this weather.

As you can guess, the wind eventually blew over one of the lifts, sending it crashing down to a nearby street and killing the videographer, 20-year old Declan Sullivan. Just before the accident, Sullivan tweeted out some heart-breaking messages expressing his fear over the situation.

The team’s practice continued for 25 minutes after the scissor lift fell over.

Despite the University being determined to be at fault for Sullivan’s death, Kelly was never really held to account for his reckless decision to hold practice outside in horrendous weather and to continue to have the videographers up on unstable lifts.

It should have ended his coaching tenure at the school that year, but collegiate sports money and power doesn’t abide by such silly notions of responsibility.”

“Marcus Alonso, left back for Chelsea FC, was drink driving and got his passenger killed.

Should have gone to prison, paid €61,000 and is often brushed under the rug.”

Do you know about any celebrity scandals that are pretty awful?

If so, please talk to us in the comments!