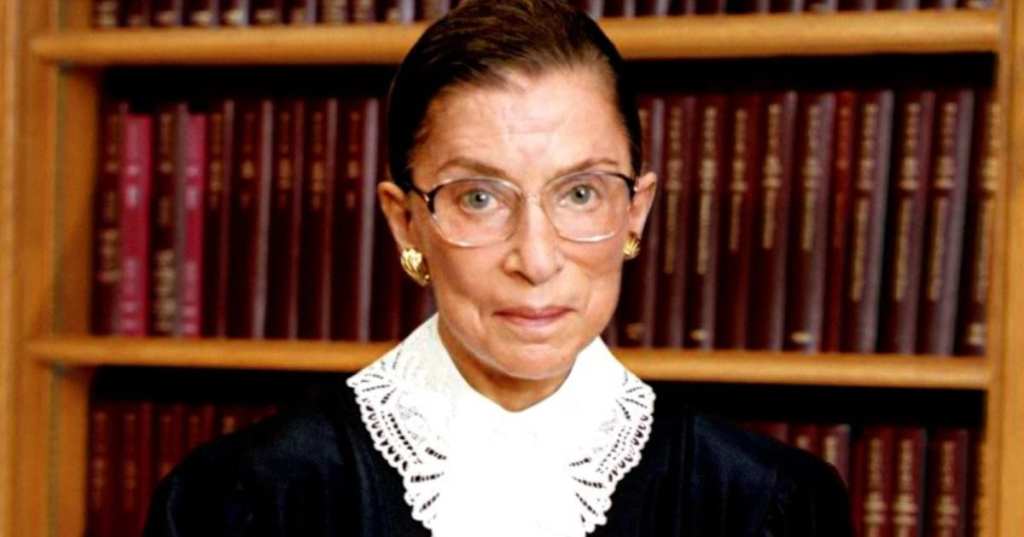 What Was So Special About Ruth Bader Ginsburg’s Iconic Collars

You might have thought that Justice Ginsburg was just a stylish lady, and enjoyed standing out from her mostly-male coworkers on the bench with her bright white, decorative collars.

Or maybe you assumed she had her reasons, figured they had nothing to do with vanity, but have never remembered to sit and Google the meaning behind them when you got home. 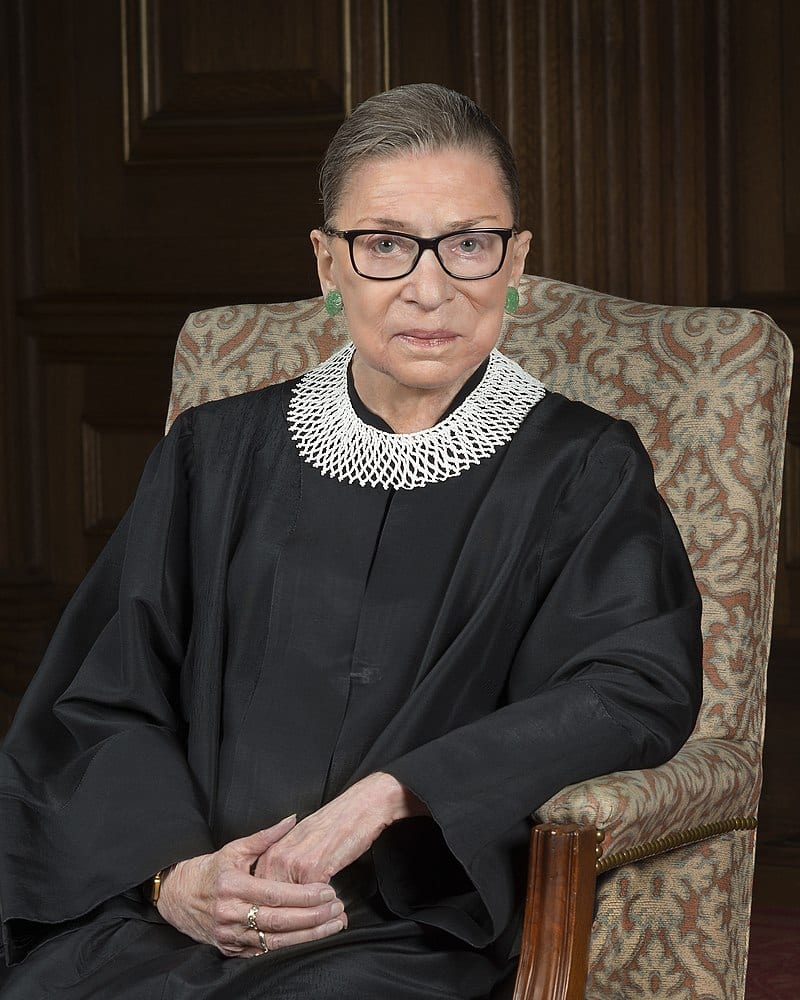 Now that she’s passed, let’s spend a little time just ruminating on her unique brilliance though, shall we?

In her early days, Ginsburg wore traditional lace jabots, but as her career progressed, so did her choices in neckwear. Town and Country magazine says RBG “jazzed up her black robes with some truly dazzling neckwear” for years, and it may not just have been about fashion – it was likely more of a political statement, from time to time.

Harper’s Bazaar reported that Ginsburg “has worn the same sparkling Banana Republic bib necklace as a sartorial way to express her disapproval” since 2012. If you watch closely, you can see her pull it out whenever she disagreed with a Supreme Court decision – perhaps most famously, she wore it the day after Donald Trump was elected as President.

RBG: "This is my dissenting collar… It looks fitting for dissents." pic.twitter.com/luNmrN4BCX

She once told Katie Couric that it “looked fitting for dissents.”

In 2019, Banana Republic reissued the original collar and donated half of the proceeds to the ACLU Women’s Rights Project in honor of Ginsburg’s life work.

“The Notorious Necklace is a re-issue of Banana Republic’s original design from 2012,” said Banana Republic in an email. “As a brand co-founded by a woman, empowerment has always been a part of our DNA and it was a great opportunity to benefit the advancement of women’s right as a continuation of our brand commitment to champion equality.”

I recently learned that Banana Republic, original maker of RBG's famous dissent collar, began making the collar again last year. Mine's going in a shadow box in my studio- right next to my underutilized law degree.

Ginsburg also had other “dissent collars” in her collection, though, as well as a “majority opinion collar” – a shiny yellow and rose floral design – a replica of Placido Domingo’s black and white “Stiffelio” collar, and a lacy white piece purchased in Cape Town, South Africa.

In her first official portrait with Justice Brett Kavanaugh, RBG wore a Stella & Dot necklace that Town and Country called “a cross between a feathered wing and spiky armor,” which seemed to state her disapproval of the new justice’s confirmation.

When she first joined the court, Ginsburg told The Washington Post that “the standard robe is made for a man because it has a place for the shirt to show, and the tie. So Sandra Day O’Connor and I thought it would be appropriate if we included as part of our robe something typical of a woman. So, I have many, many collars.” 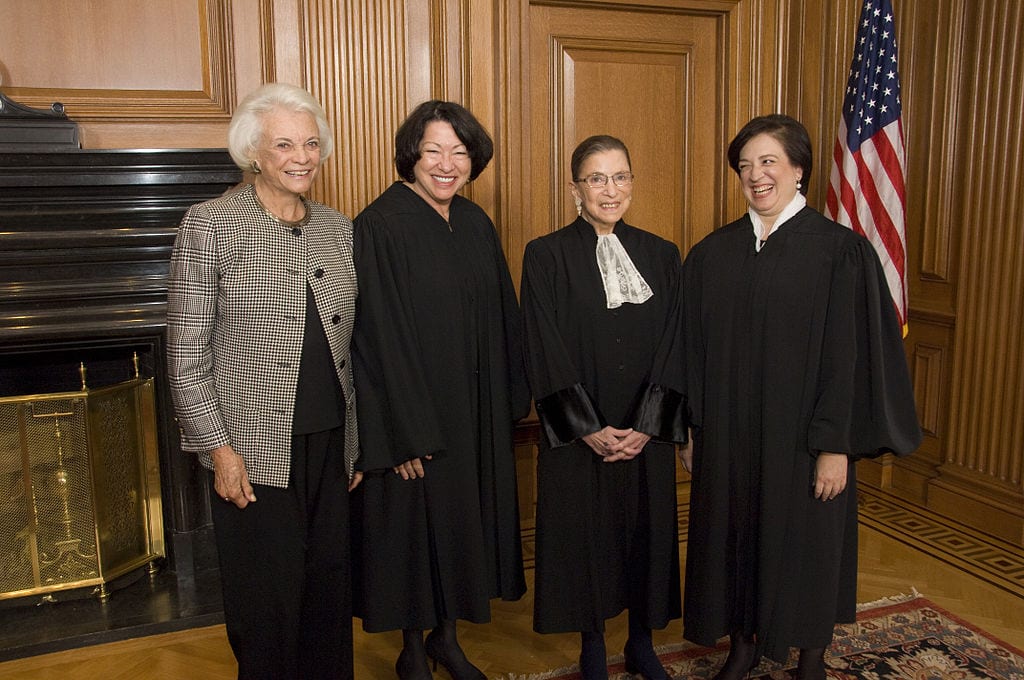 Collars that clearly meant something to RBG, but also, could mean something to anyone else looking up to her for advice, guidance, or hope in the direction of the court in the future.

If I know one thing for sure, Ruth Bader Ginsburg memory – and her choice in dissenting fashion – will continue to bless this nation for a long time.