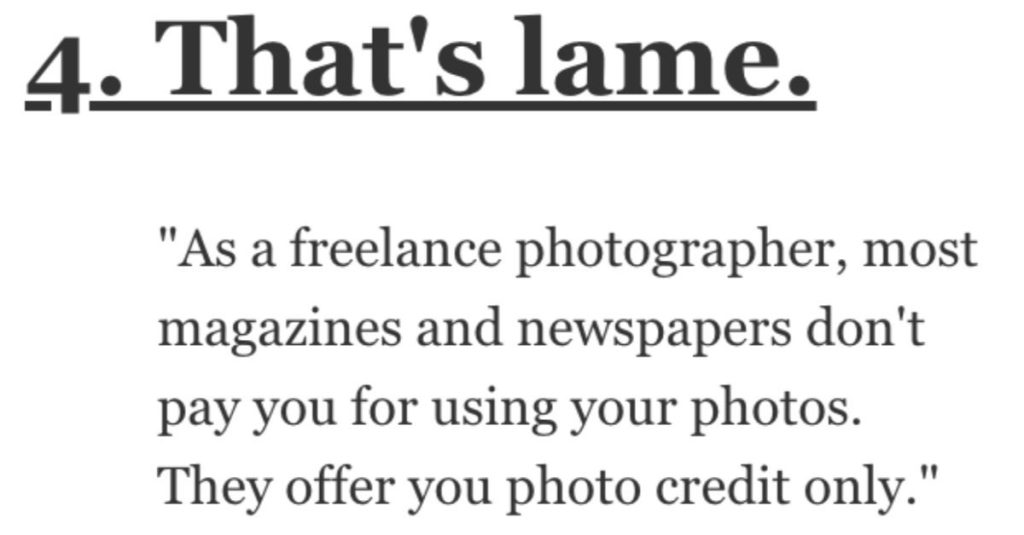 What’s a Secret From the Industry You Work In? Here’s What People Said.

One of the fun things about working different jobs is learning the tricks of the trade of whatever industries you happen to dip your toe into.

For instance, in the past, I’ve worked in restaurants, on film sets, and I worked at two different museums. And it was interesting to find out how those places operated.

And today we’re going to hear from folks on AskReddit about secrets of the industries they’ve worked in.

“If you call a call center of any kind, and the person you’re talking to puts you on hold with no hold music, they can hear everything you’re saying.

I worked in an insurance call center when I was really young. I had so many people accidentally confess to insurance fraud that way.”

“When you shop at Walmart, do you sometimes hear the announcement saying security cameras to zone six, or another number?

They play them randomly in the hopes that someone who might be stealing will get paranoid thinking they’re being watched, and will decide not to shoplift.”

“Arcade crane games have knobs inside that let you control how strong the claw grabs.

So you basically make the claw really weak strength and then there’s a setting in the motherboard to make the claw go full power after a certain amount of plays. Whatever the arcade or owner decides how often they want people to actually win.”

“As a freelance photographer, most magazines and newspapers don’t pay you for using your photos.

They offer you photo credit only.

If you ask to be paid, they just get a similar photo from someone else.”

“A certain 48” Interstate Natural Gas pipeline valve is being kept open by a strategically placed piece of 2×4 lumber.

If the valve was closed, millions of people would be without Nat Gas fairly quickly.”

“Too many years in an industrial bakery:

If the plastic clip holding a bread bag closed is upside down compared to the others, it’s been manually attached by hand and the contents may have been tampered with.

If you unclip/open a bag of factory produced bread while holding it hanging from your hand, and the bag spins open, the same thing as above applies (i.e someone has spun the bag before manually attaching the clip, the machines dont spin the bags).

If you buy sliced bread and there’s a rather sudden shift in color between say the first 10 and last 20 slices, they’re different loaves patched together by hand in the same bag. Same thing is true if there’s a slight shift in size/diameter, slices should naturally line up perfectly with their neighboring slices if they’re the same loaf.”

“Things may have changed in the past few years, but generally speaking plastic is hardly ever recycled any more.

It used to be shipped to China for processing, but even they had a hard time with the amount of pollution and toxic waste produced by recycling it. Now it will get shipped to other countries in Asia where more often than not it just gets dumped into the Pacific Ocean. A lot of municipalities just add it to a landfill.

On the other end of the spectrum aluminum recycling is amazing.”

“You cannot copyright or patent a garment design. Only trademarks and branding are able to be protected in the fashion industry.

Literally anyone can legally copy any garment so long as they don’t use logos or other copyrighted/trademarked branding. (Edit: since a lot of people like technicalities, it is possible to patent novel non-obvious design features, but it’s niche and rare. It’s typically sports related clothing like shoes where this is more common)

This is why so many luxury brands slap their logos and such all over things they sell. It’s the only way they can distinguish something that could otherwise be copied down to the smallest detail.

As such, many knockoffs and imitations are literally made by the same people in the same factories as the branded good, but they’ll print a slightly different logo or pattern. Otherwise the finished products may be identical.

Also, many high end fashion brands license their brand to other other companies for manufacturing. So you’ll have your super high tier brand garment be identical to a lower tier brand, with the only difference being the label. Sometimes they’re even coming off of the same production line at the same time, but there are two buckets at the end with each getting a different label.

Occasionally they will use slightly higher quality materials on the higher tier brand, but not always.

Some brands will manufacture products exclusively for stores like Ross and TJ Maxx that are of a lower material quality than what you’d buy in Nordstrom/Macys/etc, but those same brands will also send otherwise unsold wholesale to those stores, so there will be a mix of the real McCoy and purpose made cheepos.

In all cases, never let a label fool you. Look for the quality of the fabrics and stitching first. Everything else is smoke and mirrors.”

“If you ship through FedEx express: if you’re sending many packages/envelopes to a single stop, ship one priority overnight and the rest standard.

They’ll be delivered together with the priority package.”

“If a medical professional ever suggests you get a second opinion, e.g. a nurse at the doctors office….

It can be code for they are concerned about the quality of the medical care you are currently receiving. And that you REALLY should get that second opinion.”

“In the united states, movie theaters spend more money on the bags for popcorn than the popcorn itself.”

Specifically low end commercially made exterior doors with wooden jambs. What is used on most new construction. The door itself may be fiberglass or metal, but the door jamb is made of short pieces of soft moisture absorbing wood.

If you own a house in a wet, humid environment and have an exterior door that is unprotected from the elements, meaning that it isn’t located under a roof of some sort, or gets wet every time it rains – the lower part of the door jamb is probably in some stage of rotting away. Perhaps the aluminum threshold has already detached and now there’s a huge f**king gap under the door.

Do not expect a carpenter to repair just the part of the door jamb that is rotting and reattach the threshold like a f**king magician. Just buy an entire new door and have a carpenter replace the door. Or do it yourself, it’s not that difficult.

Pay the extra cost and get an exterior door with non rotting PVC, or composite door jamb. Do not replace it with the same piece of s**t door that has already rotted.

Otherwise within a few years, if you’re lucky, you will be in the same situation.

Honestly I think there should be a class action lawsuit regarding the planned obsolescence of these types of exterior doors. Our landfills are full of them. Our wallets are emptier because of them.”

Do you have any job secrets you want to reveal?