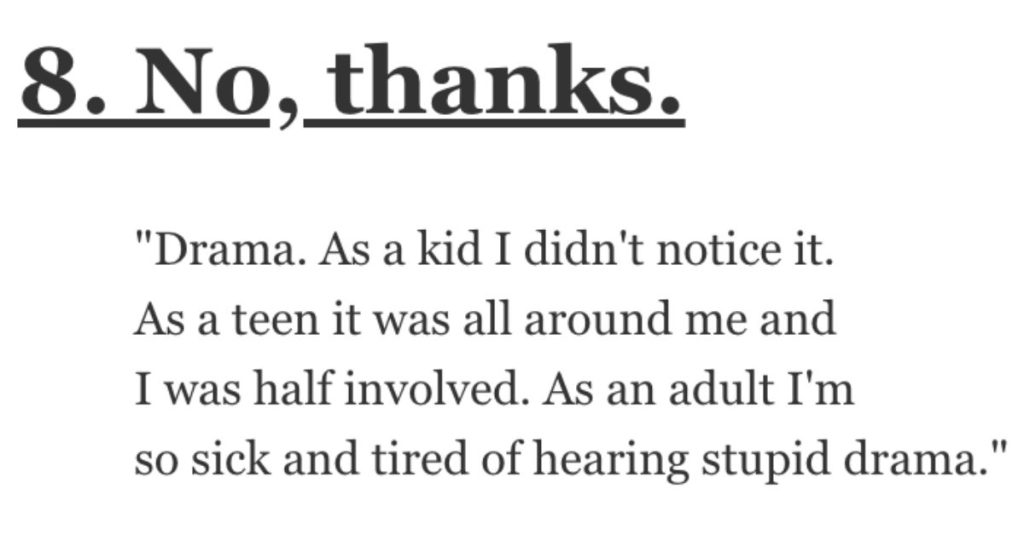 What’s Getting More Annoying the Older You Get? People Shared Their Thoughts.

The older I get, the more EVERYTHING annoys me.

Long lines, people walking too slow, folks talking too loud on their phones, I’m aggravated by all of it!

And apparently, I’m not alone…

AskReddit users shared what annoys them more as they get older.

People looking at their phone while driving, not really listening to the person they’re talking to, blocking the grocery aisle with their cart, leaving messes for someone else to clean up, taking good friends or family for granted, contradicting themselves with cognitive dissonance, screwing everyone behind them when the left turn is green, etc.

You’re not the only person trying to live your life today.”

I can’t hear the server or my friends and can’t read the menu without my phone flashlight.”

It didn’t bother me that much when I was younger, but it’s definitely something that’s gotten increasingly on my nerves as I passed into my 30s.

Definitely exacerbated by the Grandmother-in-law who will not stop giving us stuff, no matter how often we ask her to.”

“People lying for no reason.

My husband and I work for a guy who never stops lying. He says he was a super secret marine or some s**t who was there when Osama bin laden was killed. He knows Putin, played chess with him.

Used to hunt down Japanese Mafia. Had a hit on him from Al Qaeda because he was such a good sniper. Dude literally just repeats movie plots. If you’ve been somewhere, he’s been there killing monkeys with a samurai sword or some s**t.

We’ve known him 5 years and I knew he was a liar the very first conversation we had with him. I don’t remember exactly what he said but it had something to do with serving in the military and it was completely wrong. My dad was a major in the Air Force.

We lived on air force bases my entire childhood, i know when he’s bullsh**ting about serving. It’s annoying but I’ve realized from his ex wife that it’s likely a result of horrific abuse during childhood. We don’t say anything, he’s a nice guy and if that’s what he needs to do to pretend he isn’t a victim or whatever, I guess we can put up with it.”

“My inability to fall asleep.

It never ends till you’re so exhausted you need to sleep an entire day.”

When do adults get summer break? It’s been 16 years.”

I was at dinner with my in laws and the table next to us was being loud, which was annoying, so my MIL and SIL decided to be even louder than them.

I wanted to disappear.”

As a kid I didn’t notice it.

As a teen it was all around me and I was half involved.

As an adult I’m so sick and tired of hearing stupid drama.”

“Waking up 3 hours before it’s time to get up because you’re in pain because your bladder is full.

Not kids, playing or quick shout. But a scream.

School down road from me is so loud I cannot enjoy my meals on my balcony.”