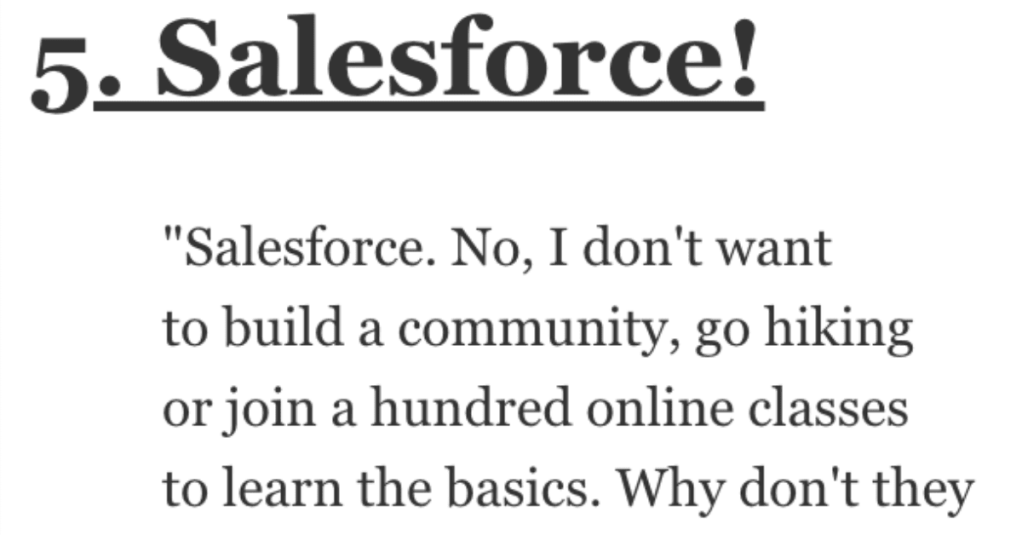 What’s Not a Cult but Feels Like One? Here’s What People Had to Say.

We live in a strange, strange world…

People get so infatuated with something or someone that it can overtake their life…and sometimes that really NOT a good thing.

People on AskReddit discussed what they think seem like cults.

We get it, you’re a single mom and you want to work from home, but d**n you guys sure drank the KoolAid.”

They were charged with being a pyramid scheme, but they still operate in a similar way.

There are several people I grew up with who became hooked on it, and they definitely act like they’re in a cult.”

“I worked in a place that tried to convince the employees we were a “family”. They basically meant that they would a**se you and expect you to take it, because “family”.

They actively discourage current employees from socializing with former employees. If an employee left because he was fired, it was because he was a bad example to the others and had to be excised from the group.

If an employee left because he got fed up and quit, it was because he was a bad apple anyway but they had not legitimate reason to fire him yet. Either way, that former employee is no longer “one of us” and should be avoided at all costs. One employee was chastised for “liking” too many of a former employee’s FB posts.”

I went to a convention once as the guest of a consultant because she was trying to get me to join. It was very Stepford.

Also, she didn’t tell me you were expected to dress up so I showed up in jeans and a hoodie.”

No, I don’t want to build a community, go hiking or join a hundred online classes to learn the basics.

Why don’t they make a couple of well-explained, to-the-point training videos?”

Source? I was one/am one who has critical thoughts about how things work yet have found ideas are only cool if you’re popular.”

“I have lived in Pennsylvania my entire life, and it would be hard to convince me that Penn State is not a cult.

I h**e college pride, and Penn State gets the most of it in my area.”

“I’m a member of the not quite as well known Church of Orangetheory. If you ask us about proper rowing technique, we’ll all start chanting at you. “Legs, core, arms; arms, core, legs!” “Rowing is 60% leg drive!” “Power, patience, patience!”

When I first joined 2.5 years ago, I came home with my little folder of information and coupons to local businesses, a tote bag, a car magnet, and the heart rate monitor, and said to my husband, “I think I just joined a cult.””

It saved my life.

But it is cultish a lot of the time.”

Hell, just interviewing with Amazon feels like an initiation with all the leadership principles and whatnot.”

And then there are those sites to make it worse. They treat eating disorders like they are sacred and often post “rules” in a cultish way.

One site I used to visit in my dark days even had the ’10 commandments of ana’ now if that doesn’t sound cultish idk what does. Don’t even make me start about the “weightloss coaches” on there.”

“Working for a nonprofit.

They tend to refer to employees as a “family” working for a cause, which wouldn’t be culty on its own…but they definitely use it to manipulate employees to work themselves half to d**th & set a culture where boundaries are thought of as not being invested in the mission. They also use your passion for the mission to justify working you harder/paying you less.

Don’t get me wrong, I absolutely love my job and what I get to do. But I’m old enough to see what’s been done to me over the years. The rotating door of young employees who are worked to burnout and replaced though, I feel bad for. It’s a hard lesson to learn.”