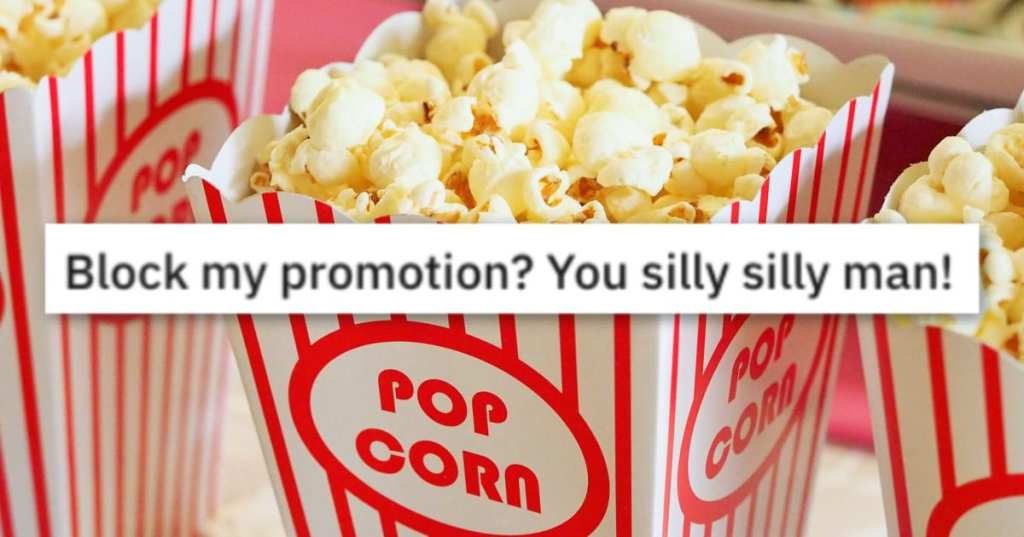 Manager Screwed This Guy Over on His Promotion, And He Got Revenge Before Leaving for Good

Managing employees is hard work, and it takes a special sort of dedication and decent intuition in order to do it well. When you have a good employee, one who goes above and beyond and makes everyone’s job easier, you do what you can to make sure they feel appreciated and are compensated for their dedication.

This guy, who worked for a movie theater, says that was him – he was mature, trustworthy, and good at his job, and the majority of his co-workers and the management staff agreed. 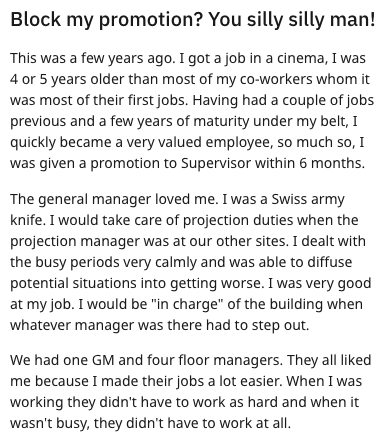 They gave him more and more responsibility and he took it on, performing well and figuring he would be next in line for a management position when it became available. 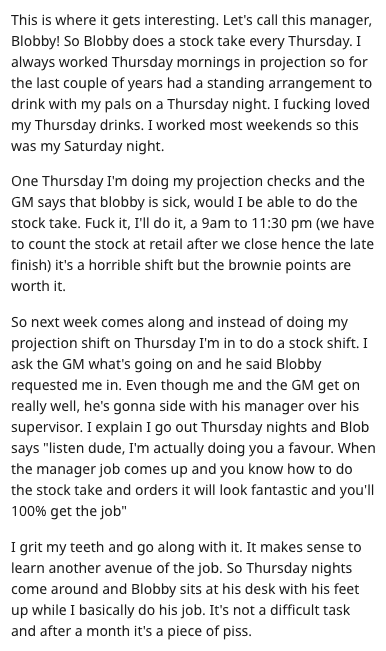 There’s always that one guy (or gal), though. The one who isn’t a good manager and doesn’t care and gets what they want by taking advantage of the people underneath them instead of fostering a healthy work environment for everyone. 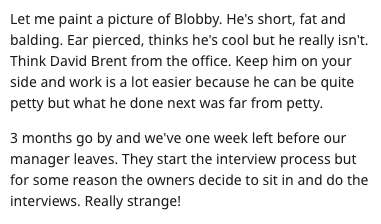 This guy was unprepared for what was going to go down in his interview, but he wasn’t surprised when he didn’t get the promotion he had essentially been promised. 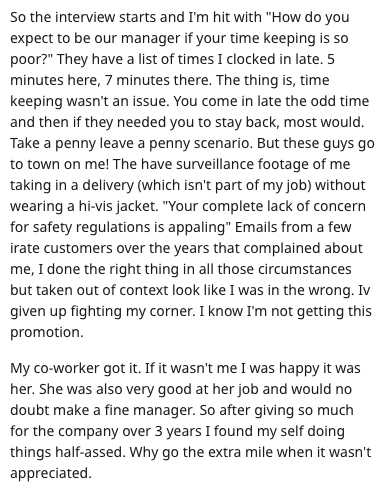 And y’all. The crappy manager with a grudge was behind it. 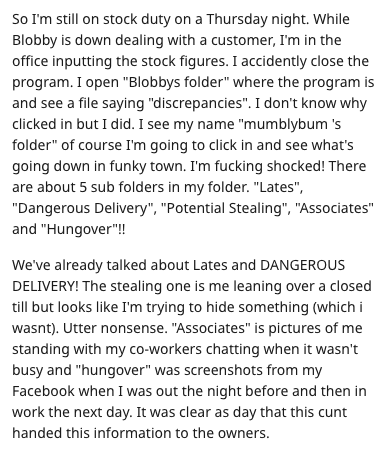 The original poster DID try to go to the general manager but he said there wasn’t much he could do about it, and that it would be best if the hard worker just moved on because the manager who screwed him over hated him anyway. 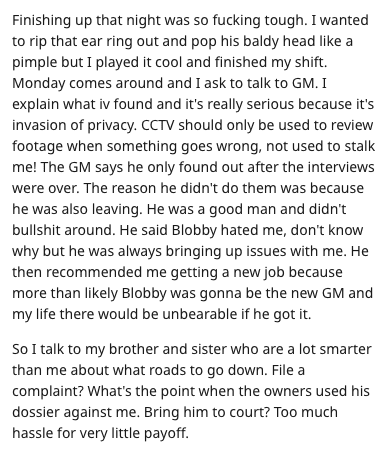 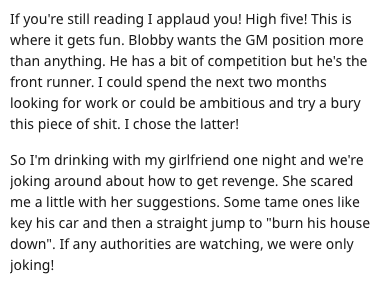 Inspiration struck, and it was go-time. 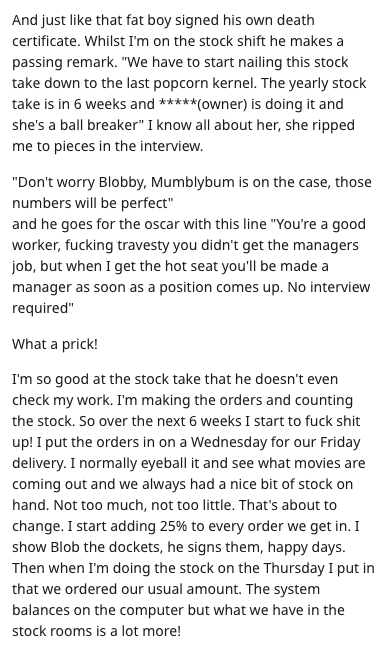 Things are getting down to the wire, but this smart and enterprising young man makes sure to get his letter of recommendation before the sh*t hits the fan. 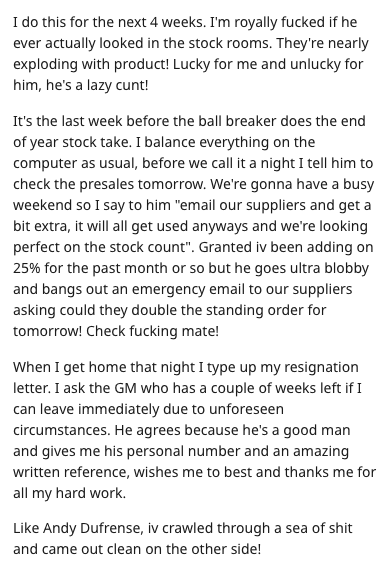 This one deserves a chef’s kiss – no harm, no foul! 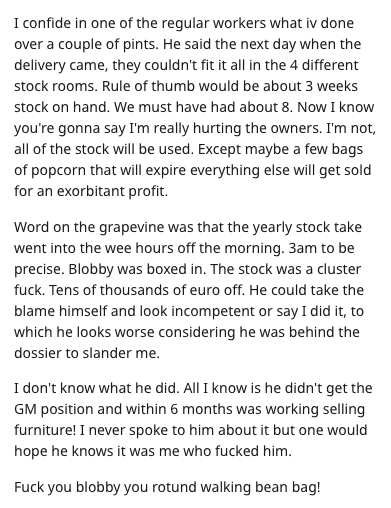 At first I was worried that he was doing something illegal or that he could really get into trouble, but honestly, I think he ended up getting some very smart revenge.

People like Blobby don’t belong in management, so I hope the furniture store figures that out and leaves him dealing with the public for the rest of his days.

What are your thoughts on this one? Share with us in the comments!