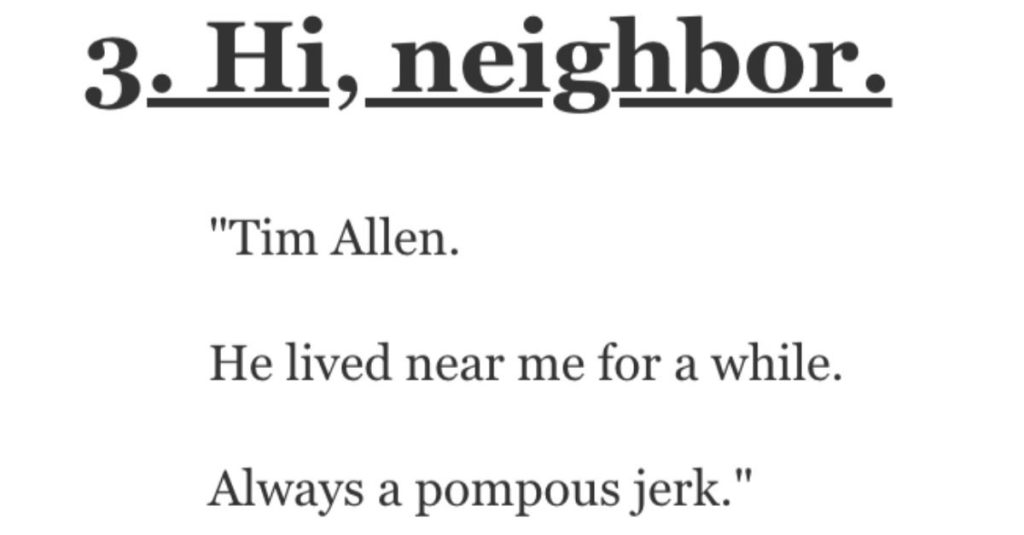 Who Are Some Famous Folks Who Are Actually Really Mean? People Shared Their Thoughts.

It’s interesting when a famous person who everyone seems to love gets outed as a total a**hole.

Does the name Bill Cosby ring a bell?

Let’s hear from AskReddit users about who they think is universally loved but are actually jerks.

He lived near me for a while.

Shared an elevator in New Orleans last year, said “Mr. Jones I’m a huge fan and I love your work”.

He said “mind your own f**king business, a**hole”.

“Bill Nye is a notorious p**ck in real life when he’s “not in character “ at events he’s in character.

In South Pasadena where he lives he’s a notorious s**tbag to people as well as neighbors. I worked a a popular coffee shop/ ice cream shop that was frequented by dozens of south pas famous people and he was the only one that rude as f**k to just about everyone from kids to young adult fans to employees.

I believe there’s an article about him feuding with neighbors.”

She spent decades getting paid by every quack with a pseudoscientific health product to appear as guests on her show.

It’s no wonder her apprentices are a dubious psychiatrist and the quack weirdo doctor who continued her business of using the trust of gullible Americans to sell snake oil.”

I’ll back that one up with stories from former co-workers. She was well known to the techs that did the telecom stuff in her Miami condo building.

She was one of those “no eye contact, no talking directly to” people.”

This happened in the 80s and Mr. T was everything at this time. My friend and I were downtown , we were 15 and it was our first trip downtown alone.

Saw Mr. T and started toward him for a autograph. As we were walking, he parked his car in front of a bank and two little boys ( about 7 yrs old) ran up to him, happy as hell! It was Mr T!!! This b**stard yelled ” Get the f**k out my way you little motherf**kers” and pushed the kid into his friend. I’ve h**ed that b**tard ever since.

If we had cells back then a lot of stars would’ve been canceled. People did and got away with stuff because there was never any proof. Now there is.”

He’s the biggest bulls**t artist the world had ever seen. He’s made a fortune on utter nonsense.

He’s a physician by education, and has zero grasp of science all the while doing things contrary to what he preaches.”

8. The Prince of Darkness.

Horrible business decisions. Horrible conduct. So many stories about s**t behavior. He blames Sharon but he could do something about it. Punched Randy when he said he wanted to leave. Randy pretty much resurrected his career.

Fired Don Costa just before he was to go onstage at US festival where he was about to perform in front of 80,000 people including Don’s family.

Withheld publishing from most of his contributors. Re-recorded his first two album just to screw his old band. It goes on and on.”

“Maya Angelou was a raging bi**h.

The gal in the office next to mine had to coordinate her visit to our university.

She said in her 30 year career of coordinating VIP celebrity speakers Maya Angelou was the only one tho treated her like absolute s**t.”

Sold out Hong Kong during political unrest in favor of China, yet was banned from the Chinese communist party due to “Moral Failings”

His ra**st, coked-out rant in the 1970s onstage sparked the Rock Against Racism movement.

It’s bizarre considering he idolizes and owes much of his success to American black blues artists.”

Everyone I knew in the Chicago area had a Jordan story from the 1990s.

It was almost a f**king opener joke: “Did Jordan screw your parent’s business or act like an a** towards y’all? How many times?”

Scottie Pippen came up often but not nearly to the same extent.”