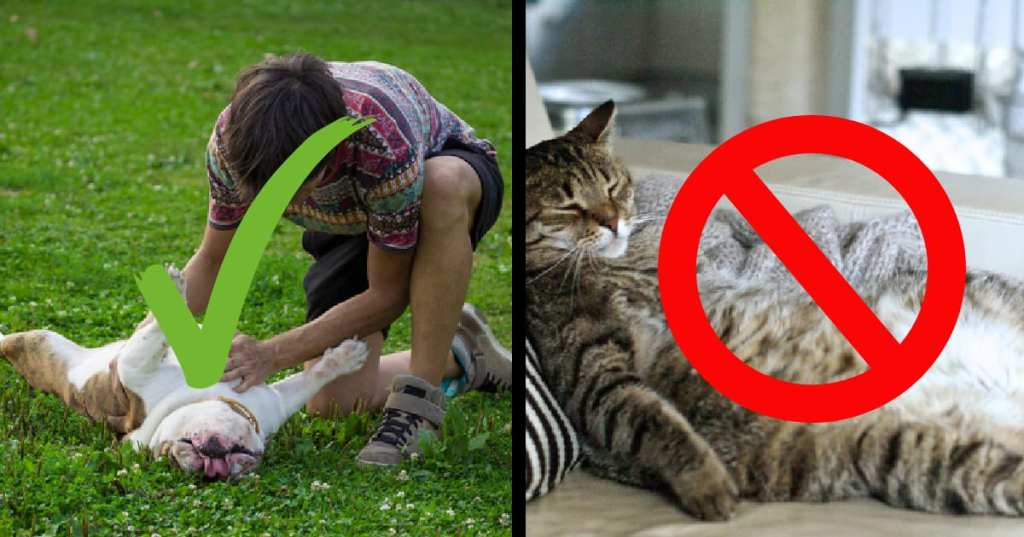 Why Dogs And Cats Have Different Feelings About Belly Rubs

If you’ve ever owned a dog, you know one thing for sure – they love a good belly rub. They don’t have to be in the mood or anything, because they’re always in the mood for any affection you’re willing to give them, and the belly rub is basically the holy grail.

If you’ve ever owned a cat, you know that putting your hand anywhere near their belly is a great way to turn your skin into actual ribbons. They’ll get you with the teeth, grab you with the front claws, and scratch you with the back ones all at the same time. 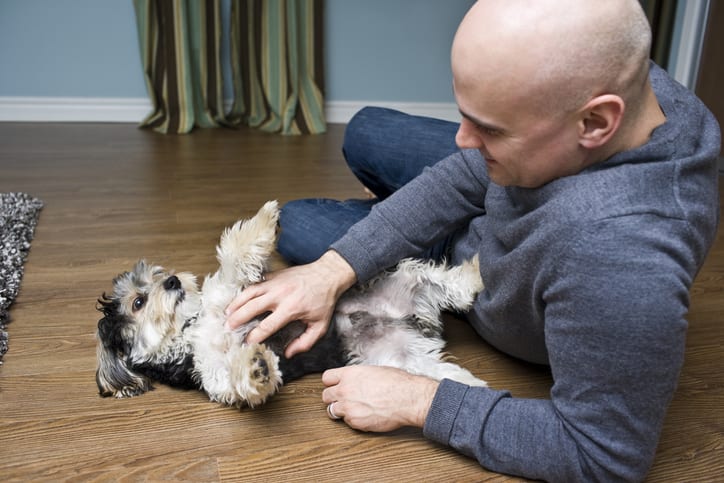 Why, though, do two equally furry animals have differing opinions on how amazing it feels to be scritched on the belly?

First up, dogs. They love belly rubs not only because they feel great, but because it mimics how dogs socialize with one another.

When dogs play, they’re high-touch creatures. They crave frequent physical interaction from anyone who is part of their pack, so a good belly rub is a neurological boost – their brains light up when hair follicles are stimulated, which makes a belly rub extra delicious.

Belly rubs can lower your dog’s heart rate and blood pressure – and a nice spike of oxytocin means it can do the same thing for you, too. 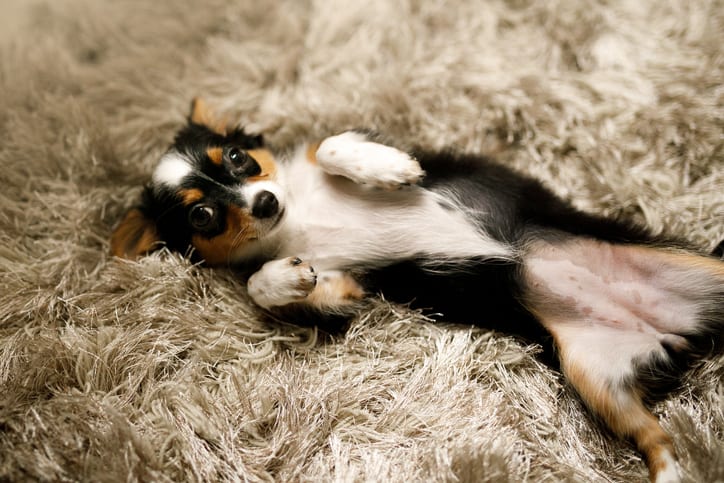 A dog will tell you pretty clearly if he wants his belly rubbed – he’ll sort of melt into a dog puddle on the floor and go belly-up. If a dog’s posture is meant to protect the belly, start with his head and earning some trust.

Cats, on the other hand, roll onto their backs not to invite pets, but to put themselves in the best defensive position possible – from there, they can use all of their claws and their teeth to destroy you.

To be fair, the hair follicles on their tummies are easy to overstimulate, which could explain why some cats seem to enjoy the belly rub for awhile, but then suddenly decide they would rather kill you than enjoy any more pets. 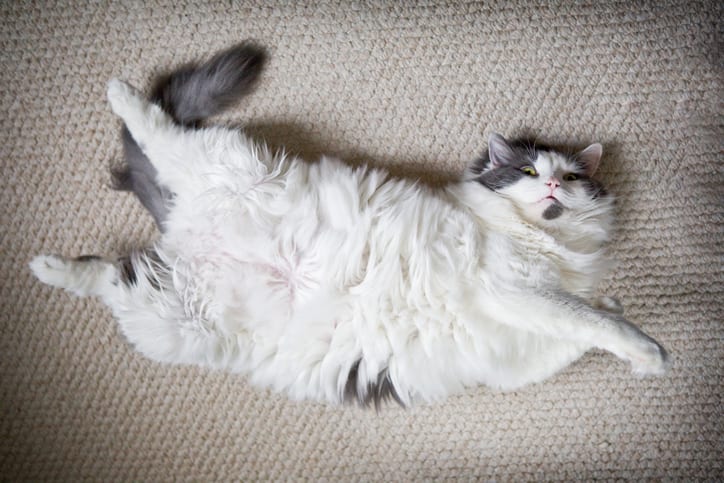 Also, your cat is a great and passionate predator, which means exposing their belly – the thin protector of vital organs – isn’t really in their nature. It will trigger natural defense mechanisms, so if your cat loves belly rubs, she’s probably the exception and not the rule.

You already knew dogs love, cats not so much, but now you know why, too.

It’ll just help you love them all better, if you ask me.