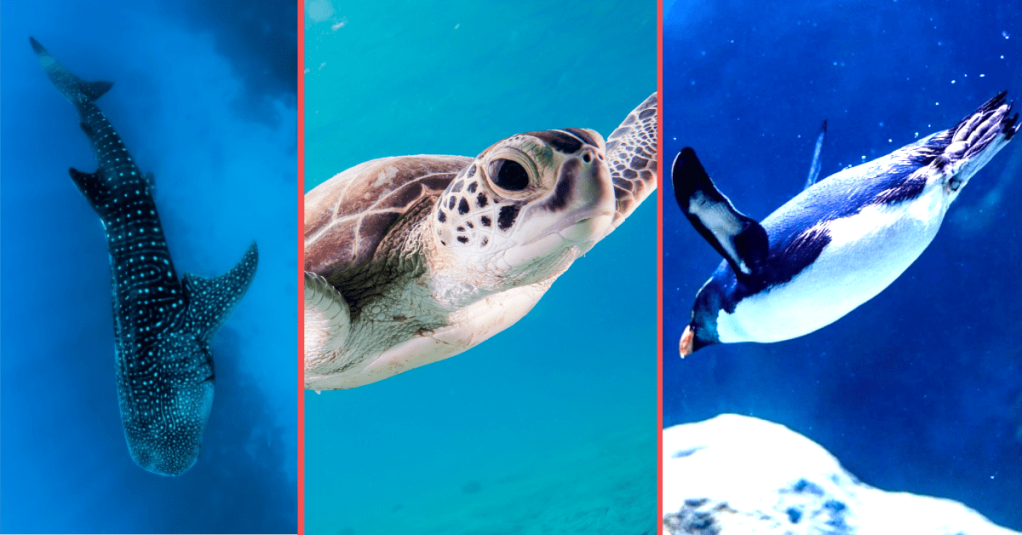 Wild Marine Mammals Swim in Circles, but No One Knows Why

People‘s number one complaint against aquariums seems to be that marine mammals belong in the ocean, not “swimming in circles.”

But what if that is actually a natural behavior, and we just didn’t know it until now?

🦈🌀❓ Scientists have discovered a confounding pattern in nature: Many marine animals are strangely swimming in circles.

Why is this happening? No one is exactly sure. Some suggest feeding or navigating using the Earth’s magnetic field.

It’s easy to assume that swimming in circles is an unhealthy behavior, like pacing, a symptom of being enclosed–or a forced behavior, because there is not enough room for anything else.

But using a combination of observation and the latest in tracking technology, researchers have recently discovered that a wide variety of marine mammals actually swim in circles in the wild.

Lead author on the study, Tomoko Narazaki, from the University of Tokyo, and her team first observed the behavior in turtles.

"[T]he purpose and the function of this behavior remain unknown." In my 2nd @EcoWatch post today, new tracking technology has led scientists to discover that large marine animals are swimming in circles, but can't yet answer why: https://t.co/7FJCUtlv9o

To prove their theory, Narazaki’s team even moved the turtles a good distance from their home turf, and still, while migrating back home, the turtles swam in circles.

The team looked further, and began to find the pattern over and over again by using math, navigational equations, and 3D sensing.

As reported in Popular Mechanics:

“Examining high-resolution 3D movements of sharks, sea turtles, penguins, and marine mammals, we report the discovery of circling events where animals consecutively circled more than twice at relatively constant angular speeds,” Narazaki and her coauthors write in their study, which appears in iScience.

All Kinds of Marine Animals Are Mysteriously Circling in Bizarre Discovery
Turtles, seals, sharks, whales, and penguins all swim in unexplained circles that may signal an intuitive connection to the Earth's geomagnetic field. https://t.co/HCVrQ495ey

While some of the circling animals were noticed through direct observation, others were monitored using their electronic tags from previous encounters with research teams, analyzed from data collected at least as far back as 2009.

The researchers noted that although the animals appeared to swim in circles while performing a variety of behaviors, it was frequently related to foraging for food.

That sounds a bit like a hawk circling before swiping its prey.

Many marine animals are intentionally swimming in circles consecutively at a relatively constant speed more than twice, according to a new study using data from movement trackers. https://t.co/zSRf3OLK5c pic.twitter.com/TgbcSZcecy

Sometimes they make only a few revolutions, at other times, they make several.

The research team supposes it might be related to navigation and the Earth’s magnetic field.

I’ve read somewhere that’s the same reason why dogs turn in circles before they poo.

“Animals might circle to derive directional/positional cues from the geomagnetic field, especially in navigationally challenging situations.”

Since the tech is still pretty new, the scientists remain in data-gathering mode.

They want a lot more information which they can analyze and then derive patterns.

Animals can be such a mystery.

I love weird little discoveries like this, don’t you? And also the fact that scientists are willing to admit they don’t quite know why it’s happening.

What about you? Did this surprise you at all? Tell us in the comments.