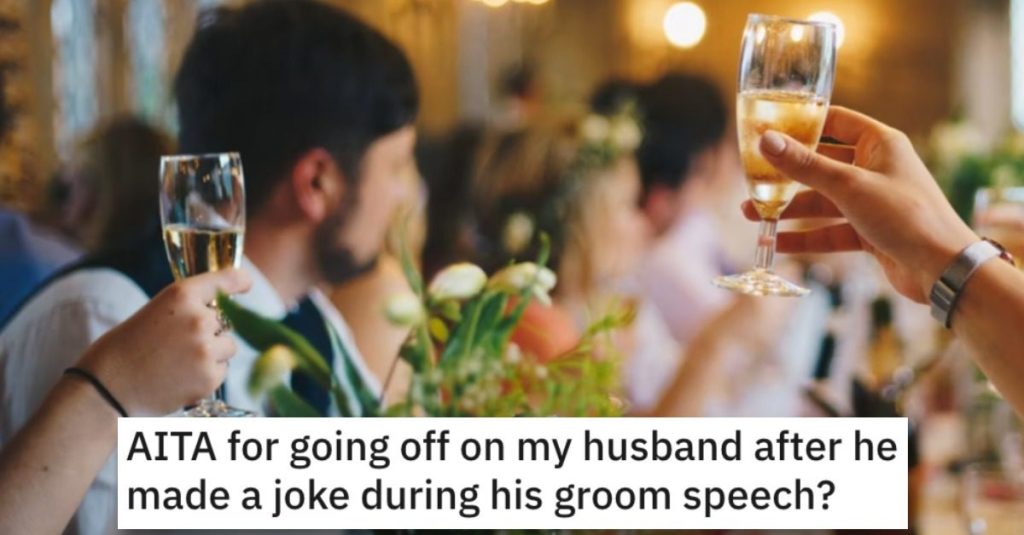 My philosophy goes a little something like this: if you give a speech during a wedding, keep it short and keep it NICE.

No digs, no insults, nothing inappropriate.

But you know how people are…they can go overboard during these occasions!

Check out this story and see if you think this woman acted like an a**hole for how she reacted to her husband’s speech.

AITA for going off on my husband after he made a joke during his groom speech?

“I’m prefacing this by saying that I (F30) always struggled with self esteem. I’m an introvert, anxious, socially awkward type of person which makes it worse.

I got introduced to make up during my late 20s and it’s now become both a source of income & a source of self confidence and esteem. My now husband always teased me about it, mind you he’s a jokester and is a bit on the sarcastic – brutally honest side.i didn’t have an issue as long as it was done privately, meaning private teasing.

At our wedding I went a bit out of box when it came to makeup, but it looked matching and fitting obviously. My husband didn’t stop commenting on it during the wedding. I was beginning to get annoyed but when it was time for his groom speech. He looked at me and then said “…and my wife here who looks like a department store mannequin with that makeup on her face…” I was dumbfounded.

Guests started laughing at me loosely. I felt so much rage I didn’t know how to contain it. I waited til his parents were around then I went off on him about what he said. He said it was just a joke and I took it too personally. I argued with him about how I felt regarding his teasing in public but he insisted I blew this out of proportion and ruined “the atmosphere” for the wedding as well as humiliated him in front of his parents when I scolded him like he was a kid.

He sulked about it for 3 days then told me that I needed to apologize for this negative vibe I brought upon him and for reacting so insanely over a joke.

I wonder if I really overreacted here. AITA?”

One reader said she’s NTA and that she better prepare to deal with this kind of stuff forever. 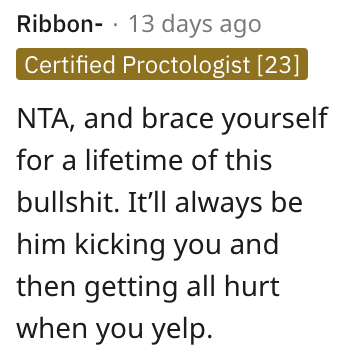 And this Reddit user made a good point about constant red flags. 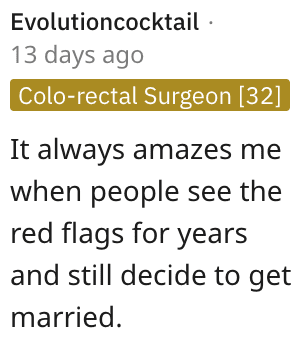 This individual said she’s going to be treated like this forever unless she gets away from this guy. 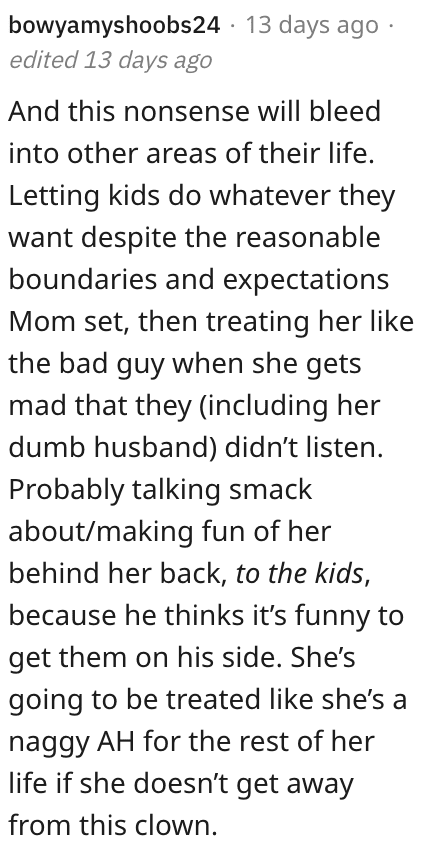