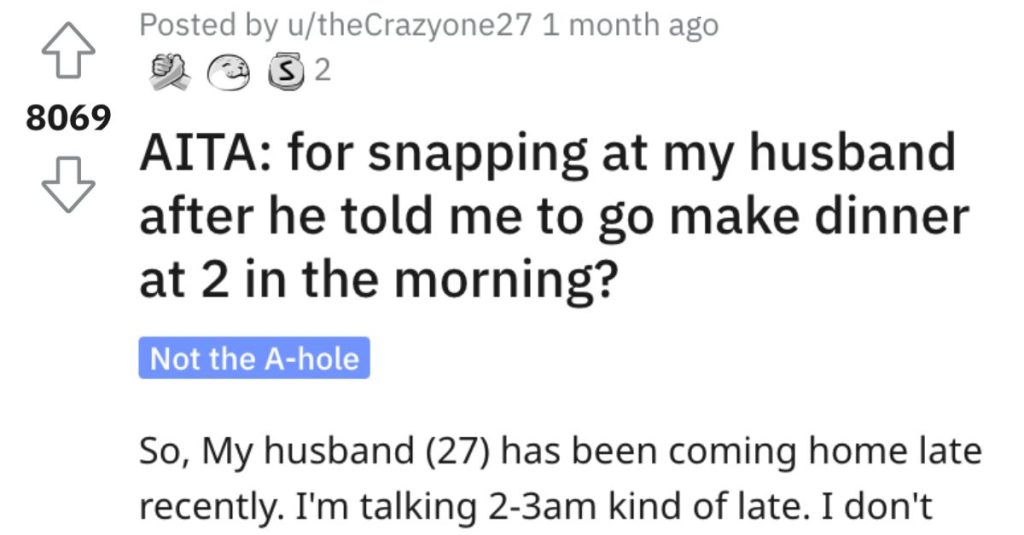 Woman Asks if She’s a Jerk for Snapping at Her Husband When He Told Her to Make Dinner at 2 A.M.

I think if someone demanded that I make them dinner at two in the morning, I wouldn’t be too happy about it.

And this woman took to Reddit’s “Am I the A**hole?” page to ask readers if she reacted badly when her husband TOLD her to do that.

AITA for snapping at my husband after he told me to go make dinner at 2 in the morning?

“So, My husband (27) has been coming home late recently. I’m talking 2-3am kind of late. I don’t know what he’s doing out that late at night but he says his evening shift tend to extend and he works “extra” hours.

Anyways I’m a new mother, I’m constantly exhausted and I get only few hours to sleep. Normally when he’s out so late I have my dinner and not put anything aside for him because he obviously eats at work like he said. On thursday I get woken up by him shaking me at 2:45 in the morning.

I ask him what he want and he tells me he’s hungry and wants to eat. I tell him that I didn’t have dinner put aside for him thinking he’d already eaten at work. He loses it on me and asks “are you f**king crazy? ate at work?”. he then demands I go make him dinner. Dinner.at.2.in.the.morning. I snap at him and yell at him asking what dinner at 2 in the morning. he then throws at me that he was working all day then asks what I was doing all day.

The baby gets waken up which makes me madder. I start arguing with my husband and he storms out of the room saying I should make it up to him after I decided to not save dinner for him then goes on comments on how much I eat and how much weight I’d put up lately. I refuse to make dinner and he ends up going to sleep without eating anything.

He goes into radio silence state after telling me he works hard for this family compared to me and that the least I could do is have dinner ready for him whatever the time is.

AITA for not getting up to make him dinner at 2 and snapping at him after he insisted?”

One reader said this woman is NTA asked a good question…why is she with this guy? 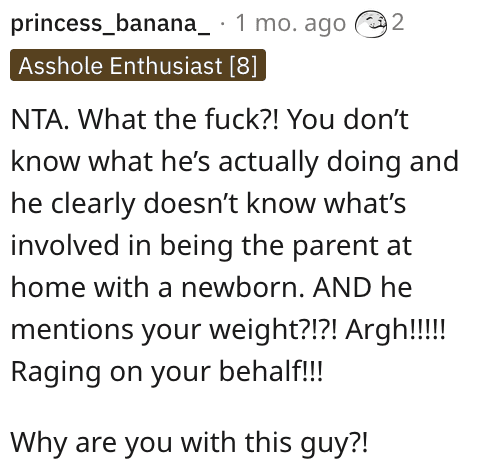 And another Reddit user said that this guy clearly thinks the whole world revolves around him. 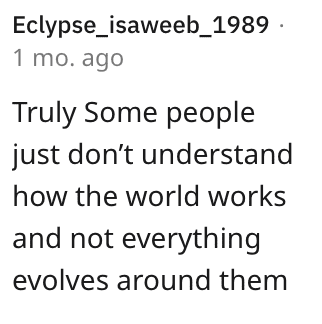 Another individual said that she should treat him like a kid if he really wants to act like one. 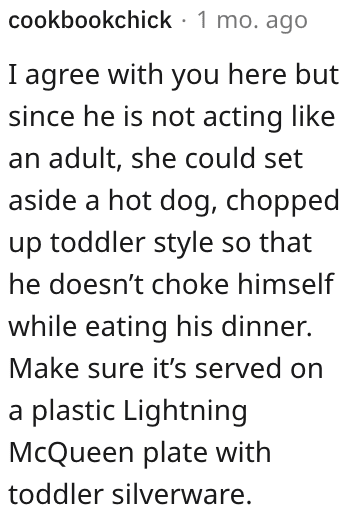