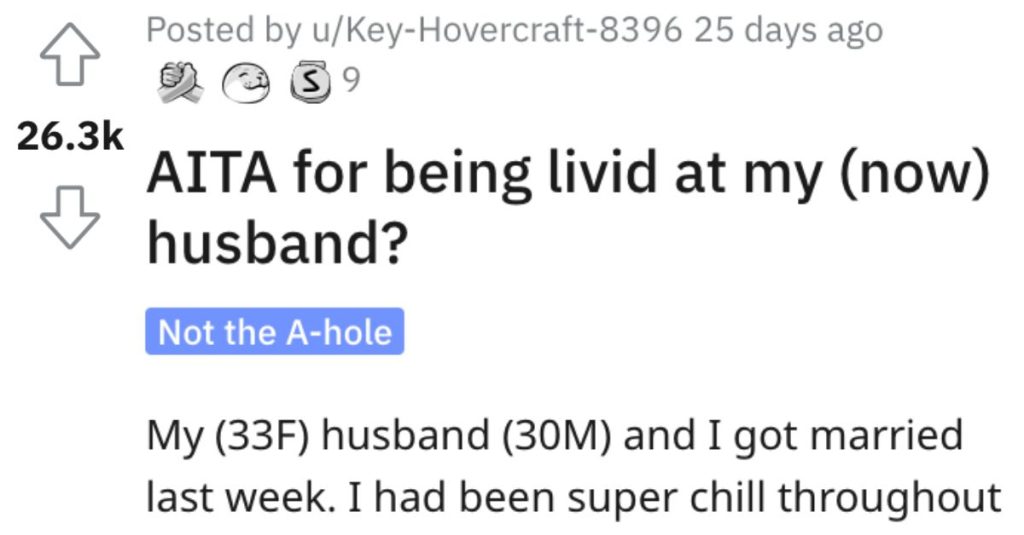 If you’re in a relationship with someone, there are bound to be some fights.

And sometimes there will even be some knock-down, drag-out brawls.

And a woman was so concerned that she acted like an a**hole towards her husband that she asked the fine folks at Reddit if she went too far.

Let’s see what she had to say.

AITA for being livid at my (now) husband?

“My (33F) husband (30M) and I got married last week. I had been super chill throughout the whole wedding planning, and during the actual event.

Because I know s**t happens and if anything goes wrong, or not exactly how we wanted, it’s not that big of a deal and may even make the wedding more memorable for the guests. The one thing that I told my husband I didn’t want to happen was I didn’t want him smashing cake in my face.

I had a suspicion that he would find it funny to do it, so during the planning, I flat out told him not to do it. I don’t think it’s funny, I don’t want to mess up my makeup that took hours to apply, and I don’t want cake on my expensive wedding dress. I told him I would be livid if he did it. He promised that he wouldn’t.

Well, come the cake cutting time, what did he do? Smashed the cake in my face! It got on my dress, and messed up my makeup, just like I knew it would. I’m pretty sure his friends convinced him to do it, not that that makes it any better. I kept it together, went and cleaned myself up, and put on a smile for the rest of the reception.

But afterwards, I let loose on him. I yelled at him that this was the ONE THING I asked him not to do, and he promised that he wouldn’t. He told me I was being dramatic, that it’s not a big deal, and we should just be enjoying our time as newlyweds. So was I being overly dramatic?

Now take a look at what Reddit users had to say about what happened.

This reader said she’s NTA and said that this situation sounds dreadful. 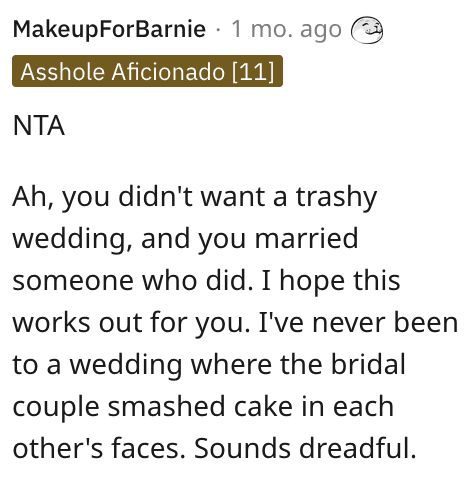 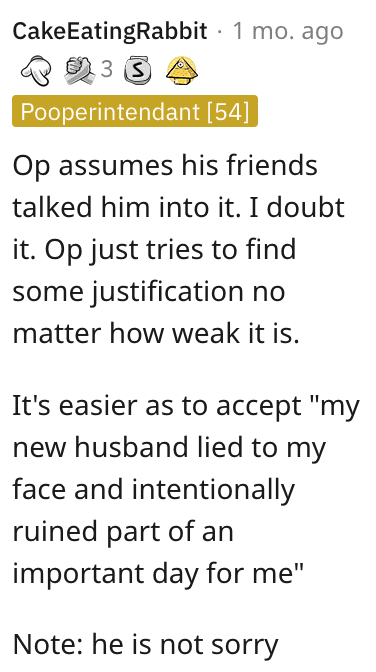 Talk to us in the comments and let us know what you think about this story.