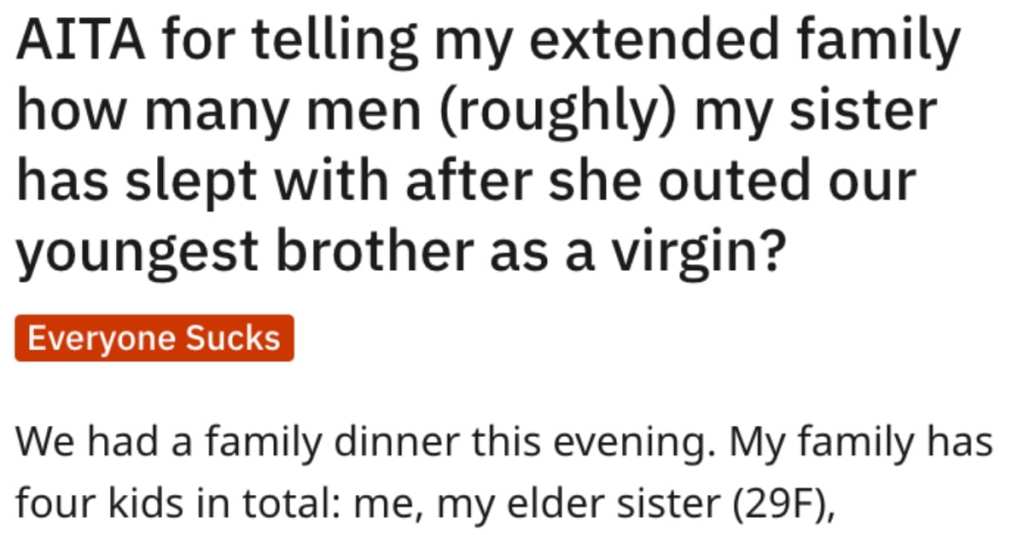 I think most of us can agree that the conversation about how many people someone has slept with usually never ends well and can be very uncomfortable: especially when it’s done in public around people who don’t need to hear it.

And that’s what happened when a person outed her sister and told her family how many men she’s sleep with.

The person who did the outing asked people on Reddit’s “Am I the *sshole?” page if they were wrong when they did this. Here’s what happened.

AITA for telling my extended family how many men (roughly) my sister has slept with after she outed our youngest brother as a virgin?

“We had a family dinner this evening. My family has four kids in total: me, my elder sister (29F), younger sister (24F) and youngest brother (22M).

Extended family attended our family dinner. So all of our significant others, our cousins, aunts and uncles etc. During the dinner my elder sister and youngest brother got into a mild disagreement.

My sister seemed (at least to me) to be coming across as very aggressive out of frustration and losing said argument. The two of them were too absorbed in their argument to realise the rest of us were getting a bit fed up.

Eventually my sister got really fed up and said “Shut up, I’m not going to argue with a 22 year old virgin.” My brother hadn’t done any personal attacks up until that point, it was completely unprovoked. I think it might have been the alcohol as my sister is a mean drunk.

Anyway, I immediately told my sister to grow up and that she was making an embarrassment of herself. She replied by saying everyone knows he’s a virgin and she didn’t say anything wrong. This annoyed me as my bro definitely has confidence issues and doesn’t need to be made fun of like this.

So I responded by saying how she slept with well over a hundred men while she was in college, and that since everyone in the family knows this it’s not a big deal right? Turns out her husband didn’t know this amazingly, I genuinely assumed he must have known. he left the party angrily saying my sister mislead him about her past.

Family is blaming me for their marital problems. I refuse to accept I did anything wrong. My sister bullied my brother in front of everyone, all I did was give her a taste of her own medicine.”

This Reddit user said that the person was not the *sshole here and that their comments were justified because of the situation. 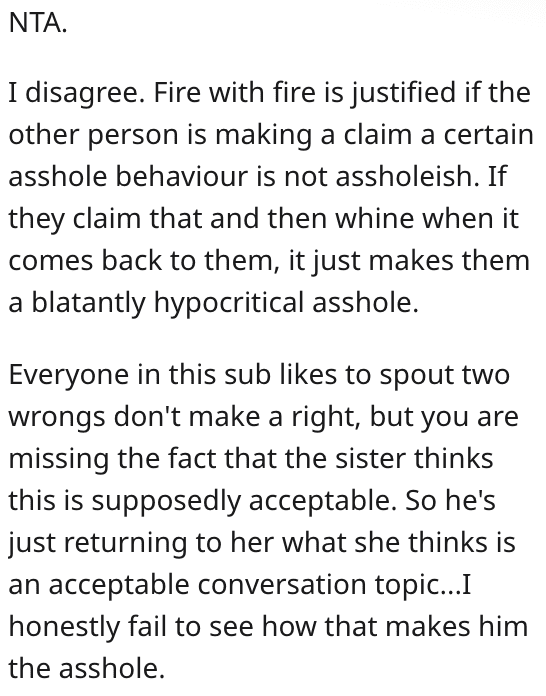 Another reader also said they weren’t wrong and that they “fought with the truth.”

This person said that the sister started the personal attacks and she got what she deserved. 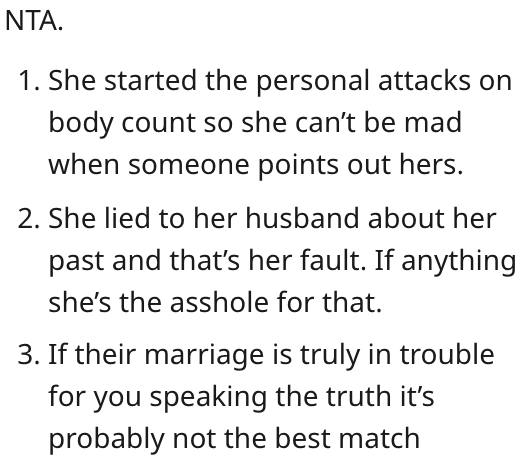 Another person agreed that if you’re gonna dish it out, you gotta be able to take it…and that things can get ugly sometimes. 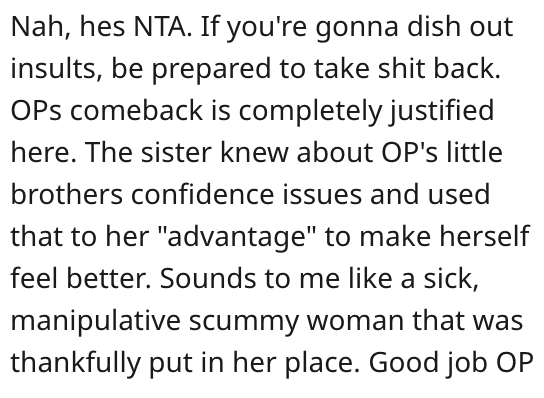 And one person thought that everyone involved in this situation was wrong here…it sounds like this family might need some group therapy, don’t you think? 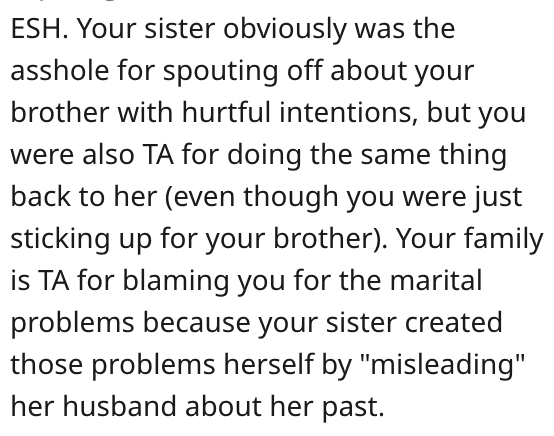 Uh oh…this looks like it could get ugly in that family.

What do you think of this person’s actions?

Talk to us in the comments and let us know! Thanks!