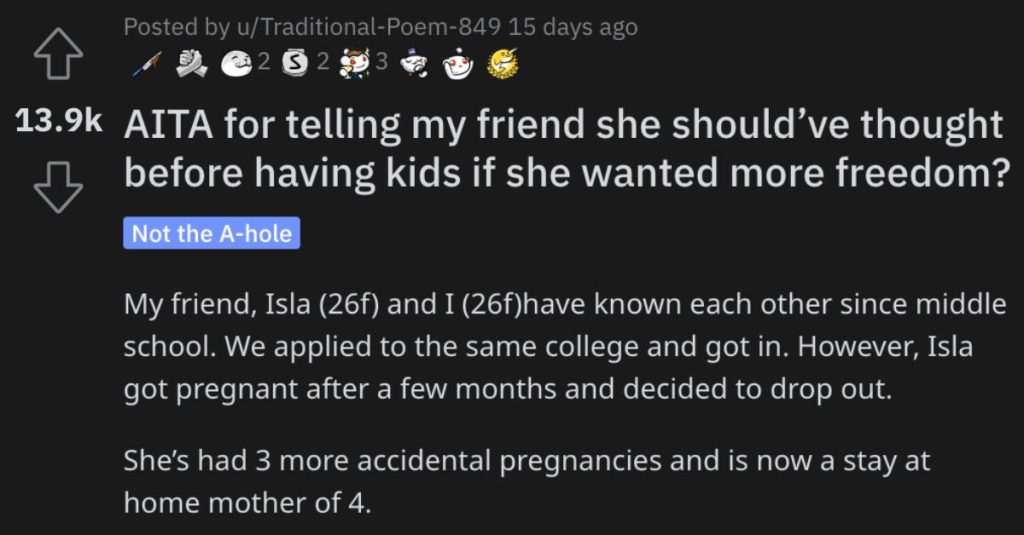 In case you haven’t figured it out by now, I’ll go ahead and say it: if you have kids, you’re not gonna have a whole lot of free time…

There, I said it!

So is this woman an a**hole for what she said to her friend who has four kids?

AITA for telling my friend she should’ve thought before having kids if she wanted more freedom?

“My friend, Isla (26f) and I (26f)have known each other since middle school. We applied to the same college and got in. However, Isla got pregnant after a few months and decided to drop out.

She’s had 3 more accidental pregnancies and is now a stay at home mother of 4.

I was telling her the other day that I’m going travelling to Europe and if all goes well, I will be moving there.

She got really annoyed with me and told me that it must be nice to have all the freedom and no responsibilities (like hello, I work, i’m Doing my PhD, it’s not like I’m just sitting on my a**) because I don’t have kids.

I told her that if she wanted to be free and go off whenever and wherever she wanted, she should’ve used protection and thought before having kids (our conversation was at my house and her kids weren’t there).

She got really mad and left, slamming the door on her way out.

She hasn’t replied to my messsages but she starting telling everyone what an awfu” person I am.

AITA for snapping at her?”

One reader said she’s NTA and it sounds like her and her friend have grown apart. 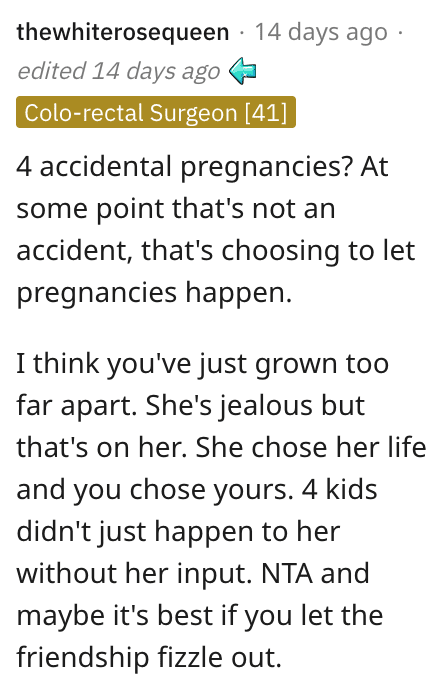 Another individual also said she’s NTA and they had some thoughts about why her friend is having so many kids. 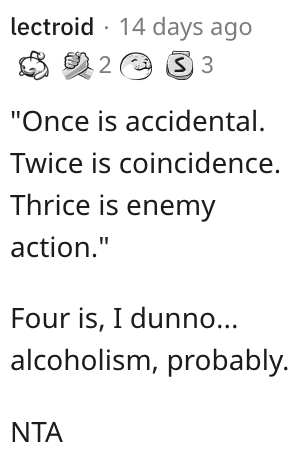 And this individual also said she’s NTA and that her friend sounds bitter about her situation. 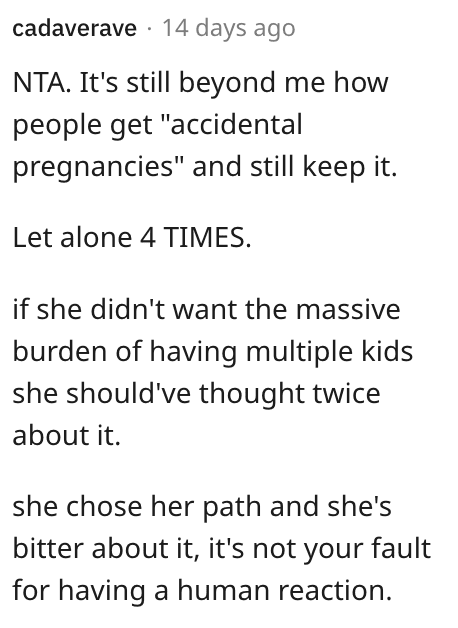