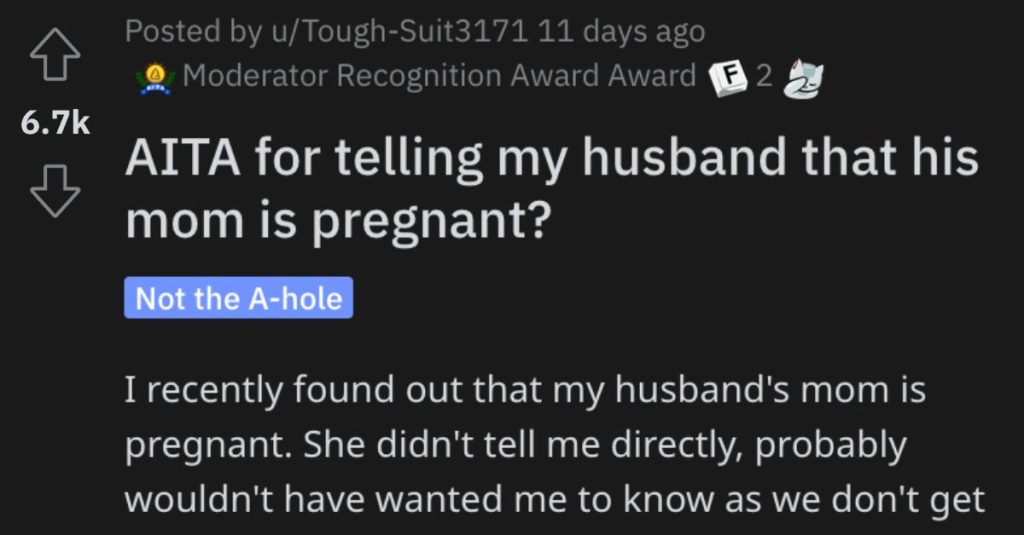 I’m gonna go on the record here and say that this family situation doesn’t sound ideal.

But go ahead and make up your own mind after you read the story below.

And we hope we hear from you in the comments!

AITA for telling my husband that his mom is pregnant?

“I recently found out that my husband’s mom is pregnant.

She didn’t tell me directly, probably wouldn’t have wanted me to know as we don’t get along at all, but we were on an outing for a mutual family member’s birthday, and I heard her whinging to an usher that they needed to bend the rules and let her back in her seat because she is pregnant and that’s why she got up.

I immediately felt sick to my stomach. My husband and I do not keep secrets, and I felt like I had to tell him, but it also felt wrong. The thing is if I didn’t tell him and he ever found out I knew, he would feel so betrayed. I ended up pulling her aside at the end of the night and letting her know that I knew, and that I felt I had to tell him. She told me she wasn’t ready and then told me she had no plans of telling him, maybe until the baby was born (wtf) I told her I was going to have to tell him and she began to cry.

She said she knew he would take it badly and feel he was being replaced since she hasn’t talked to him in a while, and she said she is having a lot of weird feelings about not wanting him near the baby, but she thinks it is hormonal and will go away.

She said she is even going to therapy to get into a place she can talk to him again, and please don’t tell him (they used to be close but she hates me with a passion and it has ruined their relationship)

I said I was so sorry, but I just don’t keep secrets from my husband. She called me a “f**king stupid b**ch” and ran off crying. I told my husband and he did not take it well at all.

He called her and there was a massive fight, and now MIL is telling everyone I’m evil and I betrayed her. The family is pretty split about if he had the right to know or not.” 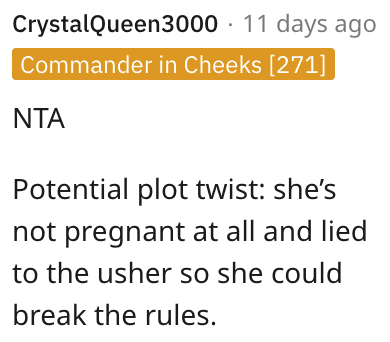 And this individual said she’s NTA and she doesn’t owe it to her MIL to have to deal with this. 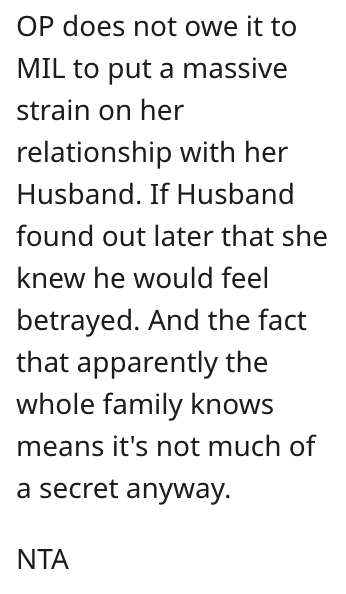 And another person said she’s NTA and she was just being honest. 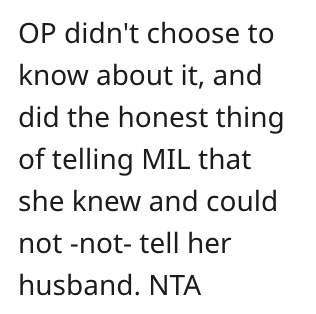