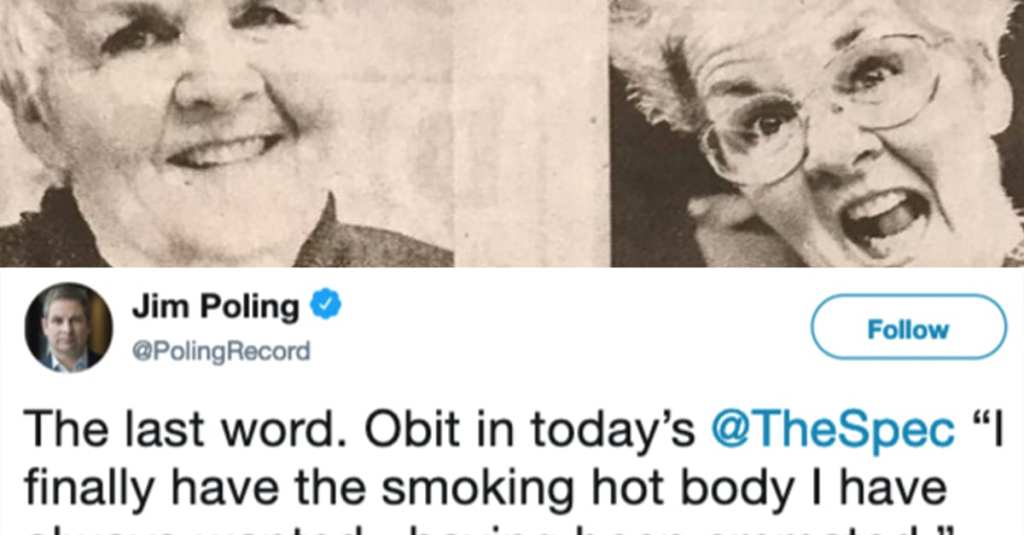 Keep this in mind: when you know your time to kick the bucket is approaching, write your own obituary.

That’s exactly what a lady in Canada named Sybil Marie Hicks before she died on February 2, and the results are decidedly hilarious.

Hicks started the obituary by saying, “It hurts me to admit it…but I, Mrs. Ron Hicks from Baysville, have passed away.”

She also called her husband a “Horse’s Ass” and joked about her children who she says she “tolerated over the years.”

But Ms. Hicks saved the best line for herself: “I finally have the smoking hot body I have always wanted. Having been cremated.” 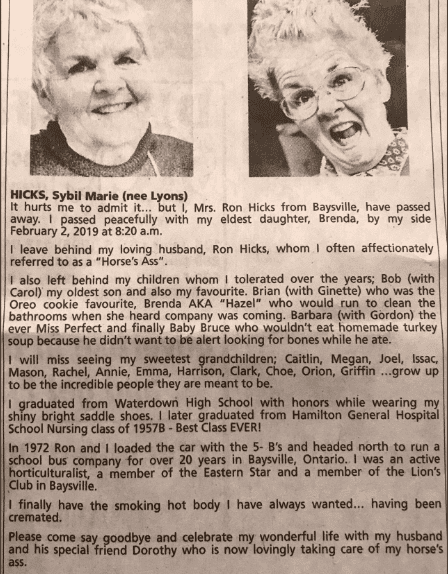 Hicks also talked about a “Dorothy” now taking care of her husband, but some think it was just another example of the late woman’s sense of humor.

Hicks’ obituary rightfully went viral and her daughter commented on the attention.

Man, this lady was hilarious.