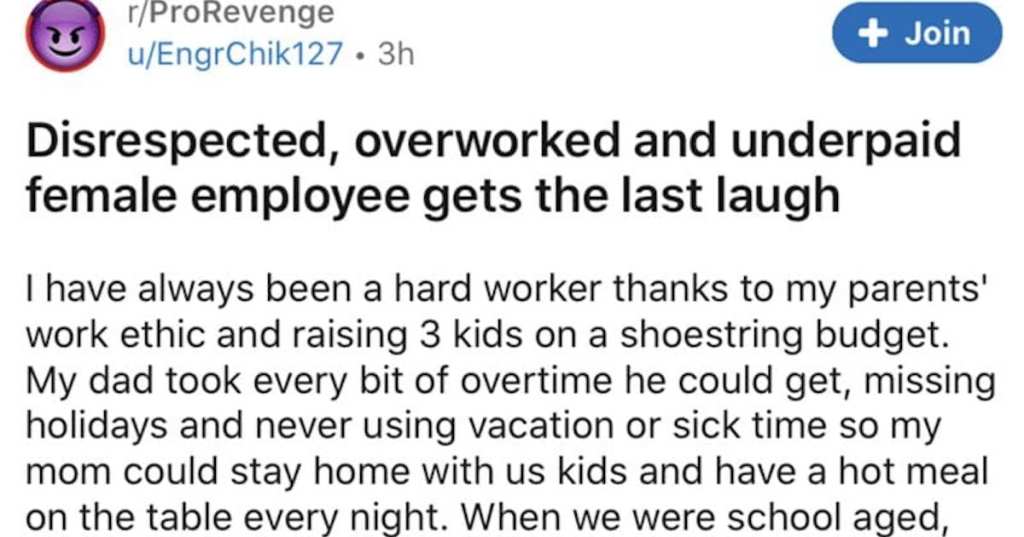 Woman Gets the Last Laugh After Her Company Tried Underpaying Her

We all know there’s a pretty significant pay gap between men and women the world over. How big it is varies from country to country, but there’s no place that it doesn’t exist at all. Women are fighting to be treated as equals in the workplace every single day, and every day, employers square them up for another battle.

This woman got some pretty sweet revenge, but I bet she still wishes she hadn’t had to go to the mattresses in the first place.

The story starts with an origin (as it always does), where OP talks about how she learned about working hard from her parents, who never made it look easy, but did make ends meet. 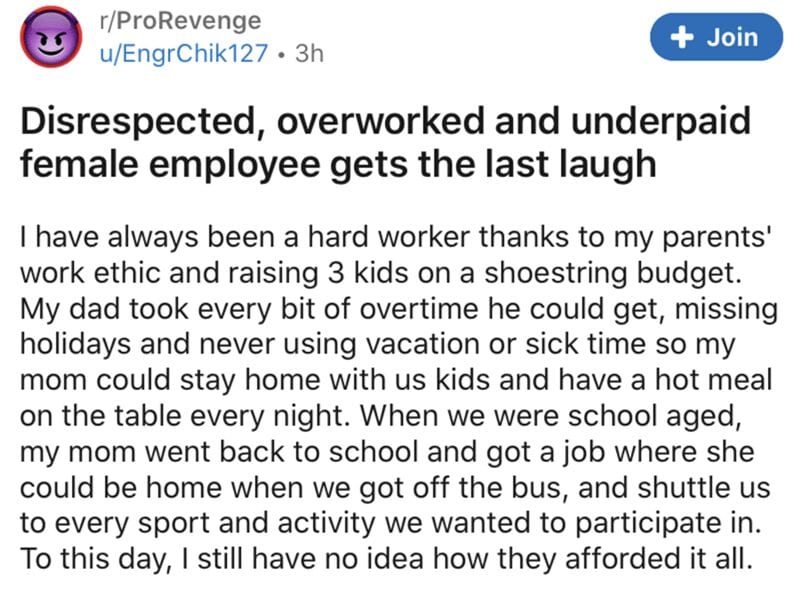 It transferred to her.

She started working when she was 15 to buy her own things, paid her own way through college, and landed an engineering job that started right after graduation. 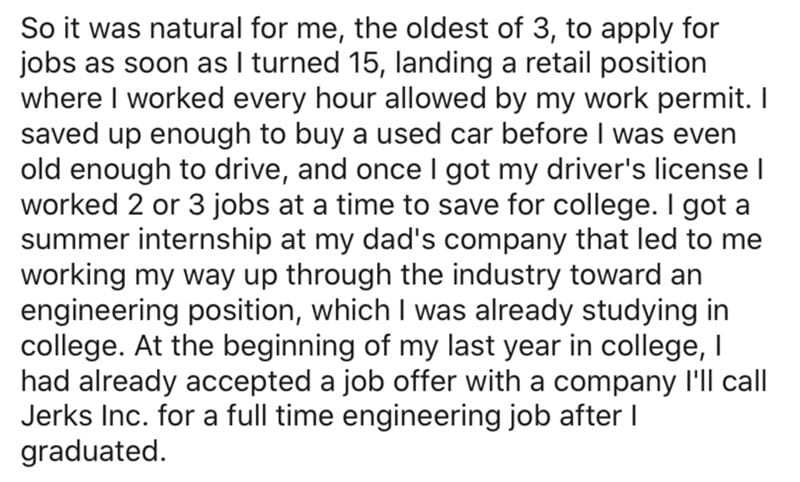 She worked in the field, crazy hours, no holidays, hardly any time off, and never complained. 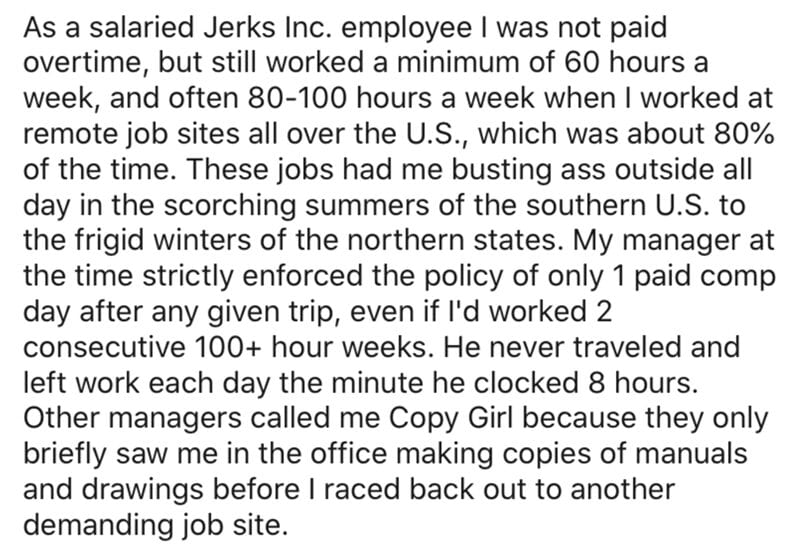 She quit after she did the math and realized she was making less per hour than she used to when she was 15.

And even though she refused to sign a non-compete, she went to work for a different type of company altogether. 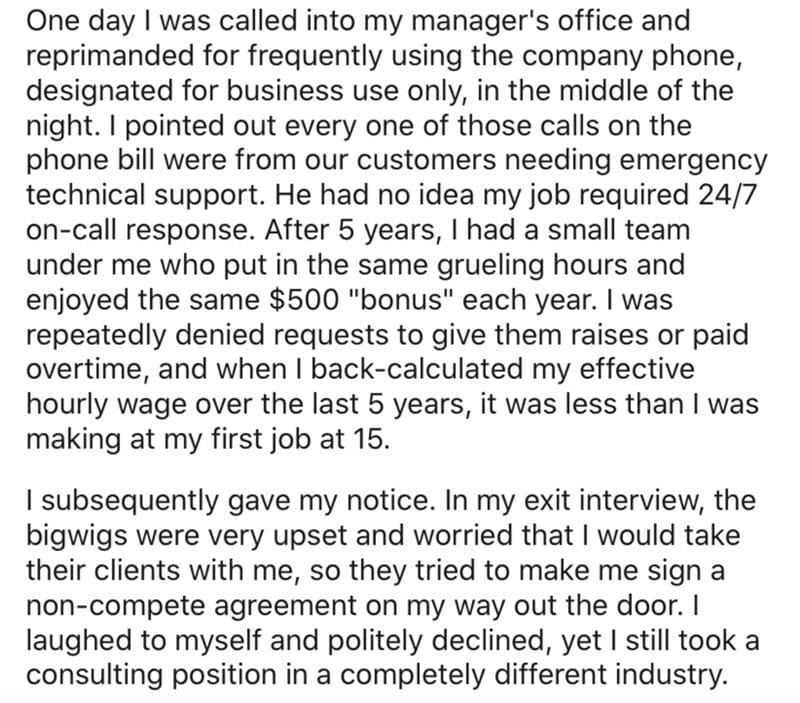 Her old clients began to call, and she took them on as a side business that quickly became a full time business.

Several of her old underlings from the original firm came to work for her, too, and even her old bosses had to contract out some work she used to do in house. 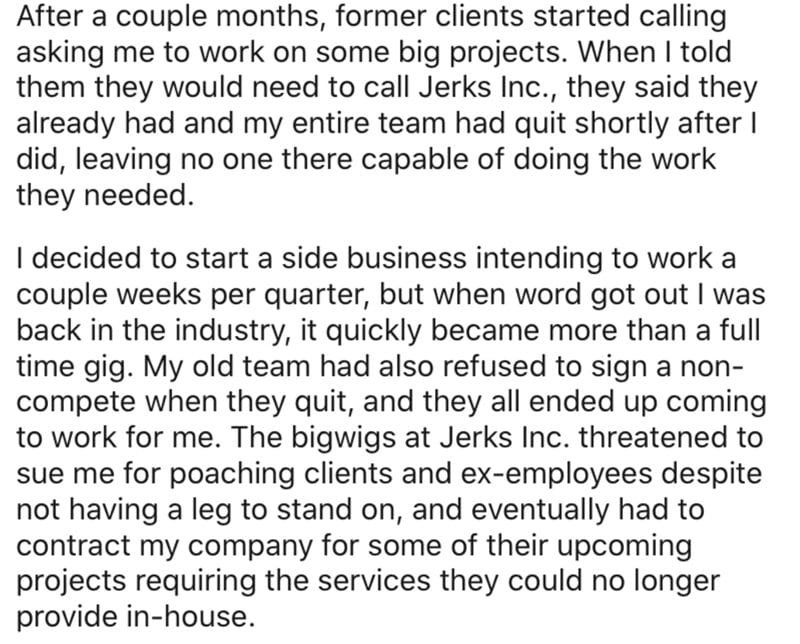 She laughed all the way to the bank as they paid her consulting fees. 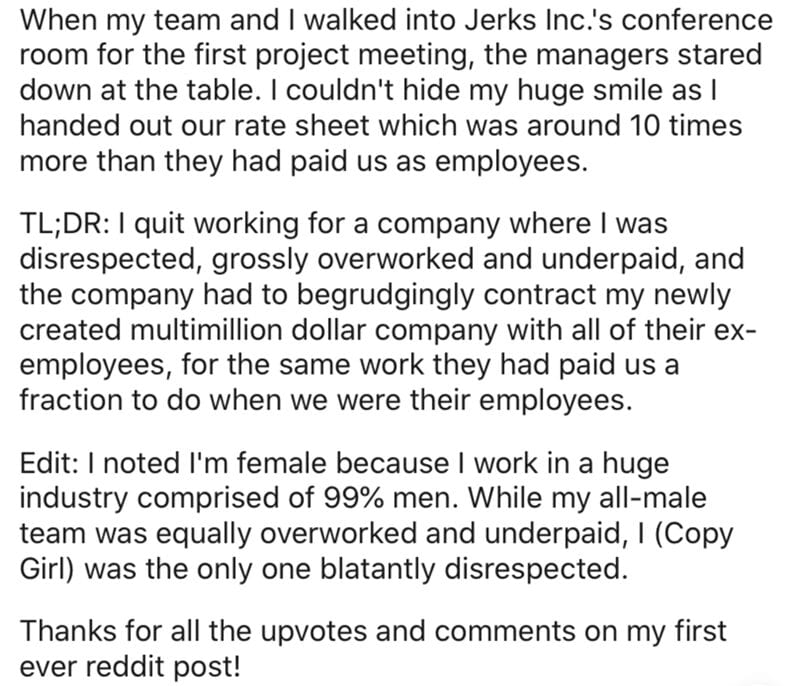 I wish that there were more happy endings like this in business, but maybe if we keep standing up for ourselves, there will be!

What did you think of this story? Were you cheering? Tell us how loud in the comments!