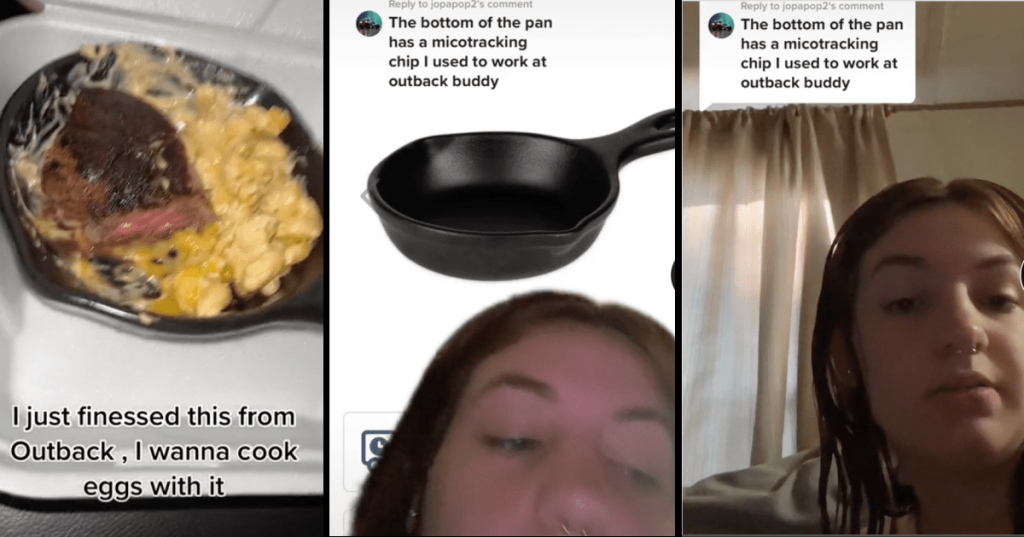 We all know that stealing is wrong, but sometimes, things that aren’t technically part of our meal find their way into our to-go boxes.

At least, I know that I accumulated a cabinet full of ramekins somehow, and I’m pretty sure I didn’t buy them.

One woman absconded with one of those adorable, tiny, faux-cast-iron skillets from Outback Steakhouse, but she swears she as a really good reason why.

We know what it is because she posted about it on TikTok, as one does when they commit a technical crime these days.

The customer in question is Haley (@aleyyy_hh), who claimed she took the skillet because she has big plans for it at home.

“I just finessed this from Outback, I wanna cook eggs with it.”

Her video has been viewed around 5 million times, and is, in general, delighting most of the people who end up in the comments.

“If you’re not putting whatever fits into your togo box then you’re not getting your money’s worth,” joked one.”

Several comments came in from folks who work or have worked at Outback, and they’re laughing about it, too. 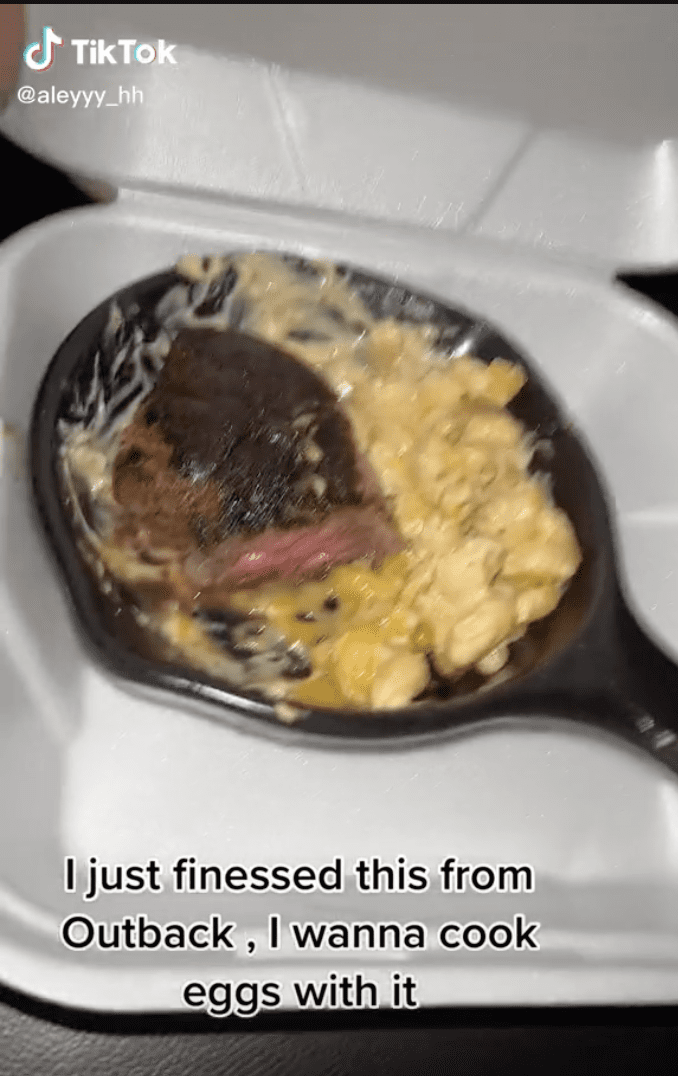 “As a former Outback employee I’ve seen many customers take dishes cups ramekins and the little skillets; we always know and never care.”

One comment claimed that Haley could be in big trouble, lady.

“The bottom of the pan has a microtracking chip I used to work at Outback, buddy.”

Haley made a followup video addressing this comment in particular, though most people were pretty skeptical from the start. 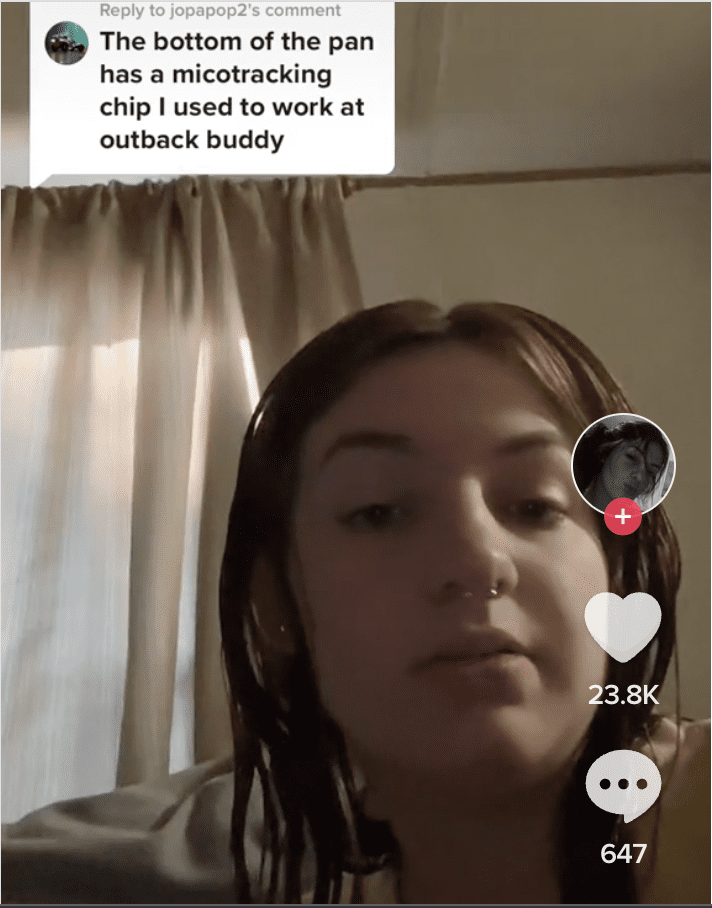 The bottom of her pan seemed pretty innocuous.

“Are you talking about this? DC212 USA? Only thing on the back. 99% sure it’s either a sizing number or a manufacturing number definitely not a microtracking chip?”

She also doesn’t think it’s even real cast-iron, but apparently it is handy, and she has no regrets.

According to a piece in the Press Herald, Haley and I are not the only ones who sneak dinnerware into our togo containers – they report that cutlery, salt and pepper shakers, table fixtures, and even pictures off the walls disappear on a fairly regular basis.

“Everything that isn’t nailed down is fair game.”

I can’t believe she made a follow-up video but left us hanging on how the eggs turned out.

What have you nabbed from a restaurant? Did you use your to-go box? Give us the details in the comments!