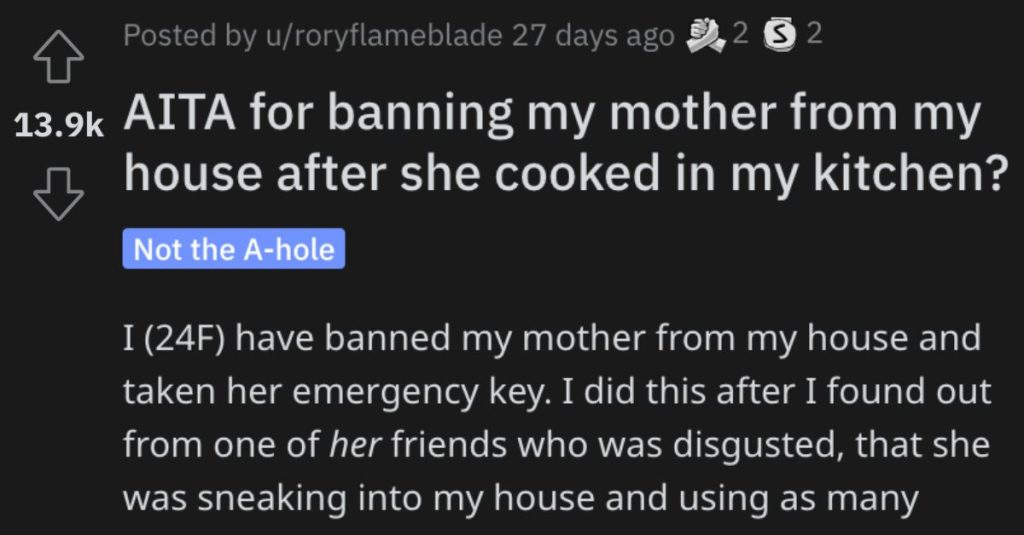 I understand people who get territorial about what goes on in their kitchens…but kicking out your own mother?

Is that taking things a little bit too far?

That’s what one woman is wondering and she wants to know if she acted like a major a**hole?

Read on and let us know what you think in the comments!

AITA for banning my mother from my house after she cooked in my kitchen?

“I (24F) have banned my mother from my house and taken her emergency key.

I did this after I found out from one of her friends who was disgusted, that she was sneaking into my house and using as many plates, pans, silverware and the like in secret, cleaning them and then putting them back, with the express purpose of breaking my kosher status of the kitchen.

I confronted her, she admitted, it, saying that my becoming Jewish and going kosher was “an insult” and she had supported me through my conversion because she thought I’d realize how stupid it was, and when I didn’t she felt stuck. So, she had been secretly sabotaging my kosher kitchen to show that “there was nothing different after she cleaned.”

I took her key and banned her from my house because she broke my trust. She and my dad have been blowing up my phone as I’ve been rekashering everything.

Everyone in my family is calling and leaving messages, calling me the a**hole, and my aunt (mom’s sister) is saying I’m being ridiculous and said “honoring your mother and father is more important than keeping kosher.”

That made me start questioning my decision and after a sleepless night, I needed outside perspectives.”

One person said her mom is not only disrespectful, but this is also creepy. 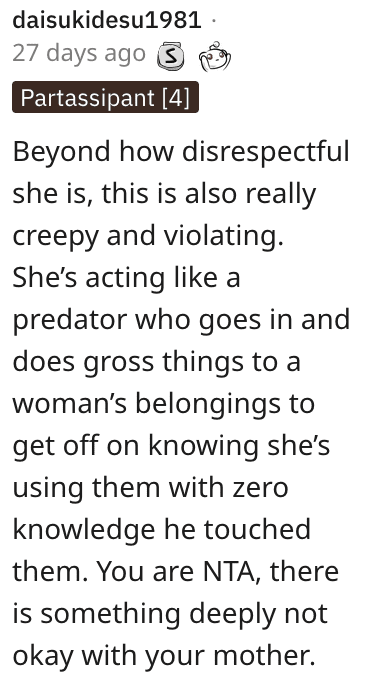 Another individual said she’s NTA and that her mom sounds evil and a**sive. 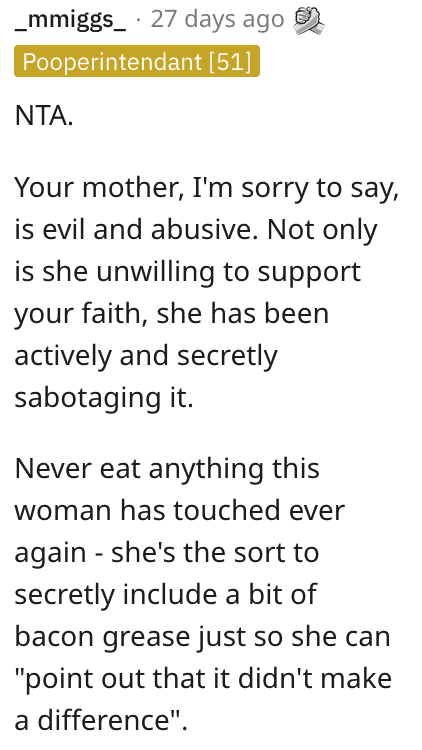 And this Reddit user agreed that she’s NTA and said it might be time to change the locks since it’s obvious she can’t trust her mom anymore. 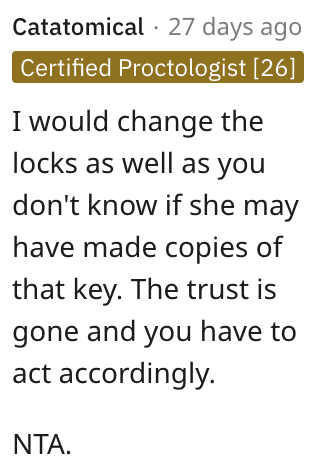