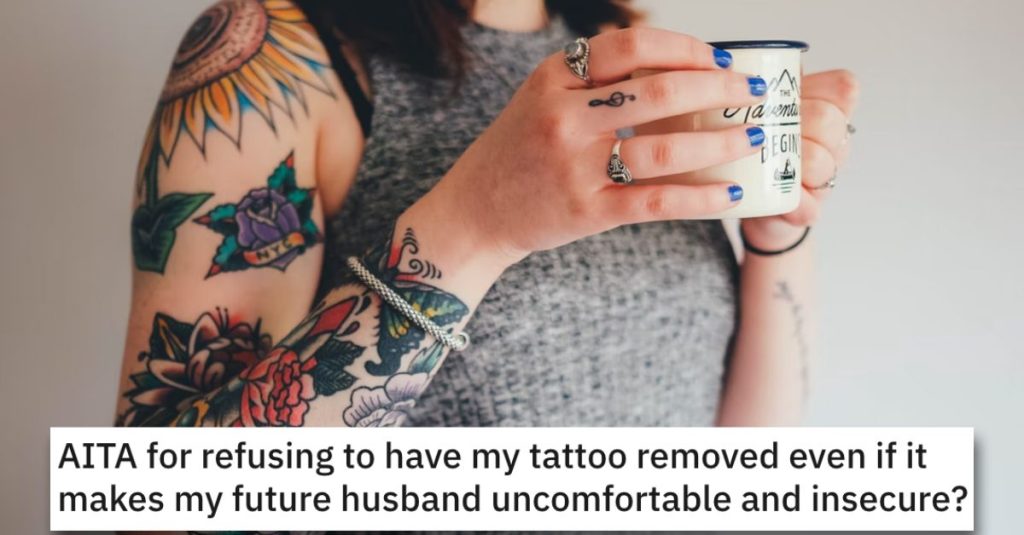 That’s the way it goes, folks!

But he still has the tattoo and he never covered it up because he said it reminds him of the good times they had.

But a woman asked the readers on Reddit’s “Am I the A**hole?” page if she’s wrong for refusing to get some meaningful tattoos removed because the man she is going to marry wants her to.

Read on to see what she has to say.

AITA for refusing to have my tattoo removed even if it makes my future husband uncomfortable and insecure?

“I was a widow for 3 years before I met my fiancé (Julius).

I lost my husband and 4 year old son in a boating accident. When I got back on my feet after losing them, I had their names tattooed on my chest. Nothing grand, it’s just their names in cursive and two hearts.

When I met Julius I told him about my past. Including my depression and how I had to move back to my parents’ and depended on them for years. He was very understanding and after over a year of dating, he proposed. Yesterday, while I was getting out of the shower, Julius asked me when I plan to have my tattoo removed.

He said he knows someone who’s really good and he could give us a discount. This was the first time he mentioned something like this to me so I wasn’t sure how to respond. I just told him I have no plans of having my tattoo removed. Later that day, during dinner he asked me again and I told him the same thing. He said we’re about to get married and it’s time for me to move on. I told him I have already moved on.

He said it’s hardly moving on when I still have their names on my chest, that he can see every time we’re intimate. He said it makes him uncomfortable and insecure of my love love for him because it looks like I can’t let go of my past. He’s been giving me the cold shoulder since. I told my mom about what happened and she told me she understands how Julius feels.

Check out how Reddit users reacted to this story.

This reader said that she is NTA her husband-to-be sounds pretty callous to even ask about this. 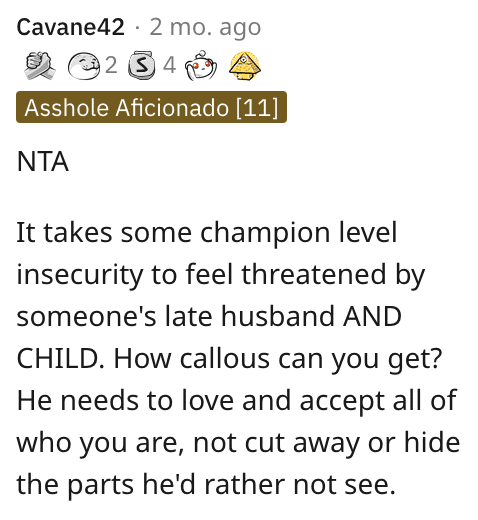 And this individual said that he’s just going to have to get used to it and be empathetic. 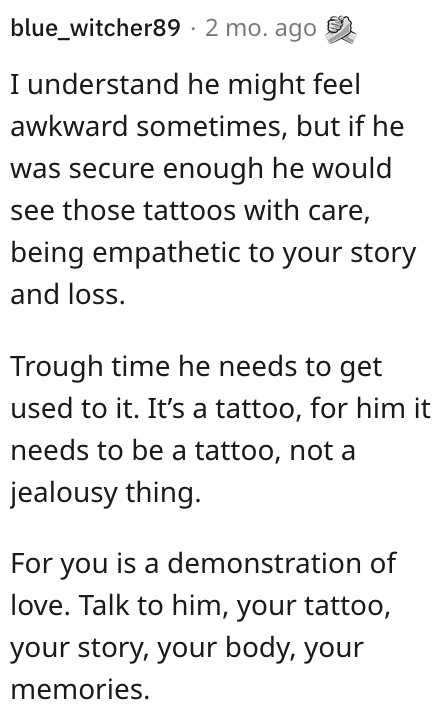 Another Reddit user said she is NTA and that she should reconsider marrying him. 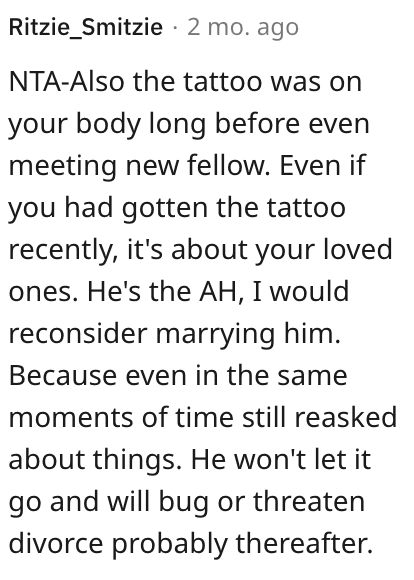