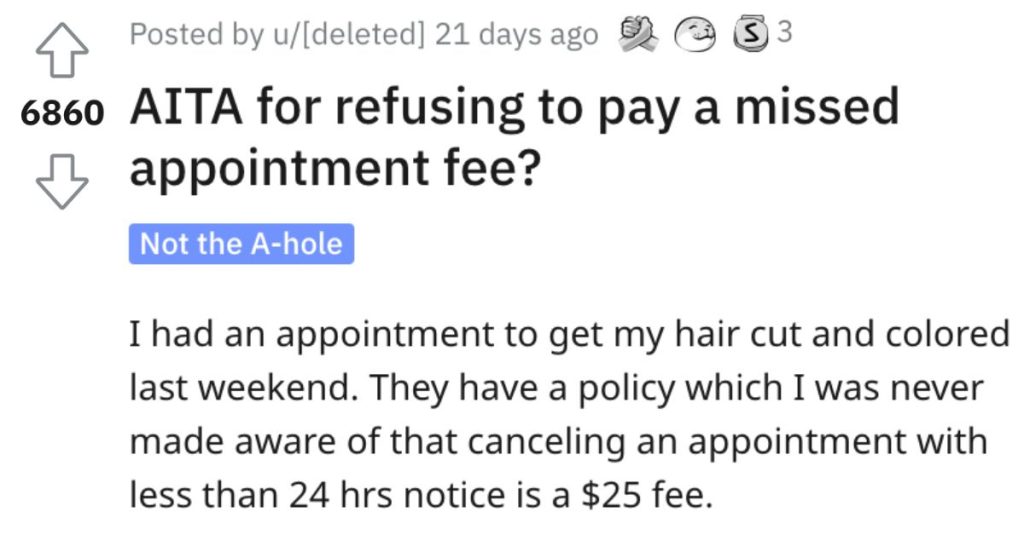 And I guess it happens in real life, too, huh?

Take a look at this story from Reddit’s “Am I the A**hole?” page and see if you think this woman acted like a jerk.

AITA for refusing to pay a missed appointment fee?

“I had an appointment to get my hair cut and colored last weekend. They have a policy which I was never made aware of that canceling an appointment with less than 24 hrs notice is a $25 fee.

When I arrived, the stylist was sick. He had snot running down his face and was hacking and coughing everywhere. He said it was “just a cold” that went to his lungs and now he has bronchitis. He indicated that it definitely wasn’t covid, because he already had that and it felt different, but he wasn’t even tested.

I told him I wasn’t comfortable with letting him cut my hair when he was this sick. He laughed at me and coughed at me. So I packed up and went to leave. He and the manager told me I owed $25 if I canceled. I told them flat out, no way. You want $25 you can sue me for it and walked out.

I left a scathing review online and have literally told everyone I know about my negative experience. I’m actually friends with the stylist’s husband. So it is lots of mutual friends and clients I’m talking about this with. The thing that bothered me the most was when he laughed and coughed at me.

I really don’t care if it is covid, or the flu, or a cold, I don’t want it and feel he shouldn’t be working so close to people when he is sick.

The manager called me to insist on the fee, but I’m sticking to my guns. No fee will be paid unless they sue me for it period. In the mean time, I’ll never do business with them again.”

This reader said that this behavior was totally out of line. 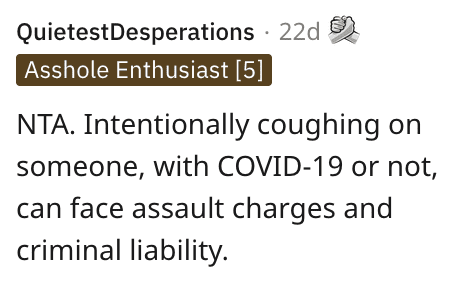 And another Reddit user added that it’s REALLY bad because this person was ALREADY SICK. 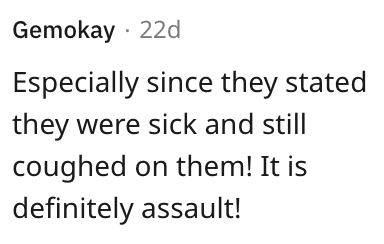 And this individual said that the health department should be called. 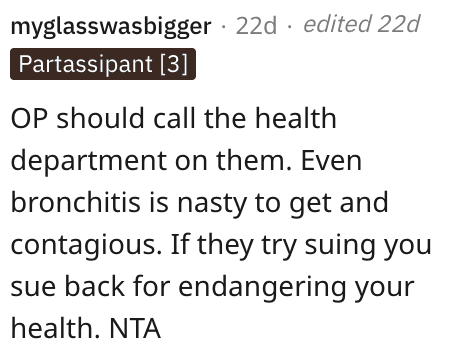