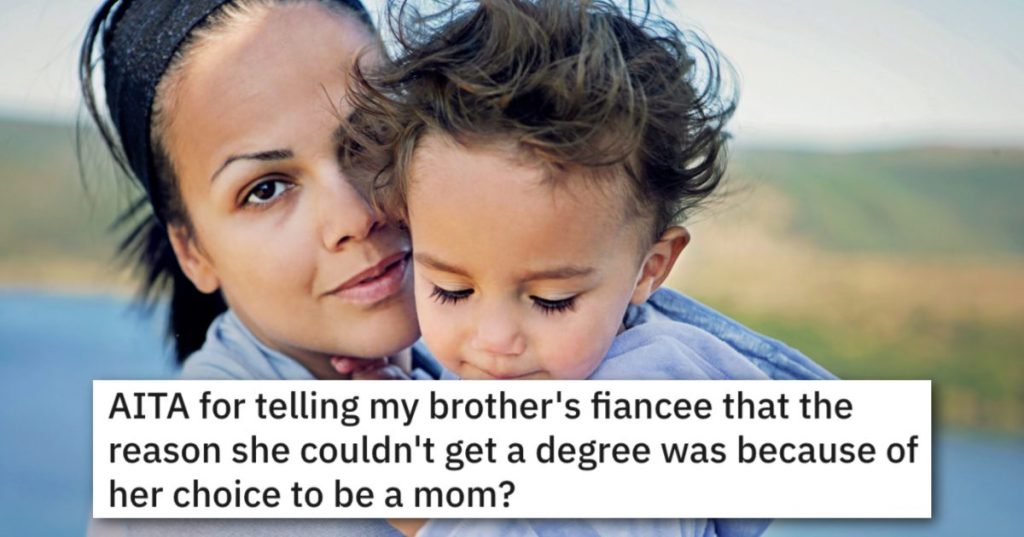 Woman Wonders Why Her “Brutal” Honesty Upset A Struggling Mother

If you’ve ever been on the receiving end of some “brutal honesty,” then you were likely left feeling that the person was more interested in the brutal part than anything else.

You can be honest kindly, and isn’t that what most of us would prefer?

Not this woman, who recently had the opportunity to spend time with her brother’s fiancee and her son. In an attempt to get to know her better, the family peppered her with questions (who doesn’t love that).

When she said she would like to go back to college someday but that it was a struggle for her with a child and limited funds, things began to go south.

My f24 brother ‘Adam’ m30, met a single mom f32 (from latin origins) ‘Michelle” a year ago and they recently got engaged.

We only met her few times but he brought her and her son over for dinner on sunday. Tbqh, the family and I didn’t know much about her so after dinner we started talking to her about her personal life. She told us she has only high school education/degree.

She said she always wanted to go to college and obtain a degree but said that “it was so hard to do”. I found that a bit cliche. especially after she started complaining about lack of opportunities and resources.

OP informed her that there are things like scholarships available, so the money shouldn’t stop her, but that if she wasn’t a mother, she wouldn’t be in this position to begin with.

I told her I disagreed because colleges give all kinds of opportunities and scholarships and that the real reason she couldn’t go to college was because of the fact that she was a mom and had to raise a kid.

She stared at me silently looking offended then asked if I was implying that her decision to be a mom ruined her opportunities.

I told her only she could answer this question once she takes a look at her life and see if she’s really happy where she is .vs. where she could’ve been without the whole struggling mom thing.

When the other woman asked her to clarify if she was actually saying what she seemed to be saying OP doubled down, stating that yes, being a single mother had probably ruined her chances for a prosperous life.

She got upset and told me that she’s happy with her life and her job at the salon. and said that she did not appreciate how judgemental and condescending I was towards her and her child.

Adam heard the commotion and asked what was going on. She told him and he decided it was time to leave. She couldn’t even wait or say goodby she took her son and went to wait in the car.

The fiancee and her son took their leave without saying goodbye and her brother let her have it.

Adam chewed me out saying it was non of my business how she’s living her life, but I explained that I was stating an opinion, nothing more nothing less.

Mom sided with them saying I was out of line rude and ridiculous but my younger sister said that Michelle was being too sensitive and she should get over herself already.

Later, she found out her words had really upset the woman but she’s not sure she really owes her an apology.

Adam left and then mom called him in the evening next day then came into my room to yell at me saying I made Michelle cry with what I said.

Now mom wants me to apologize but I’m not sure wether I was out of line here. 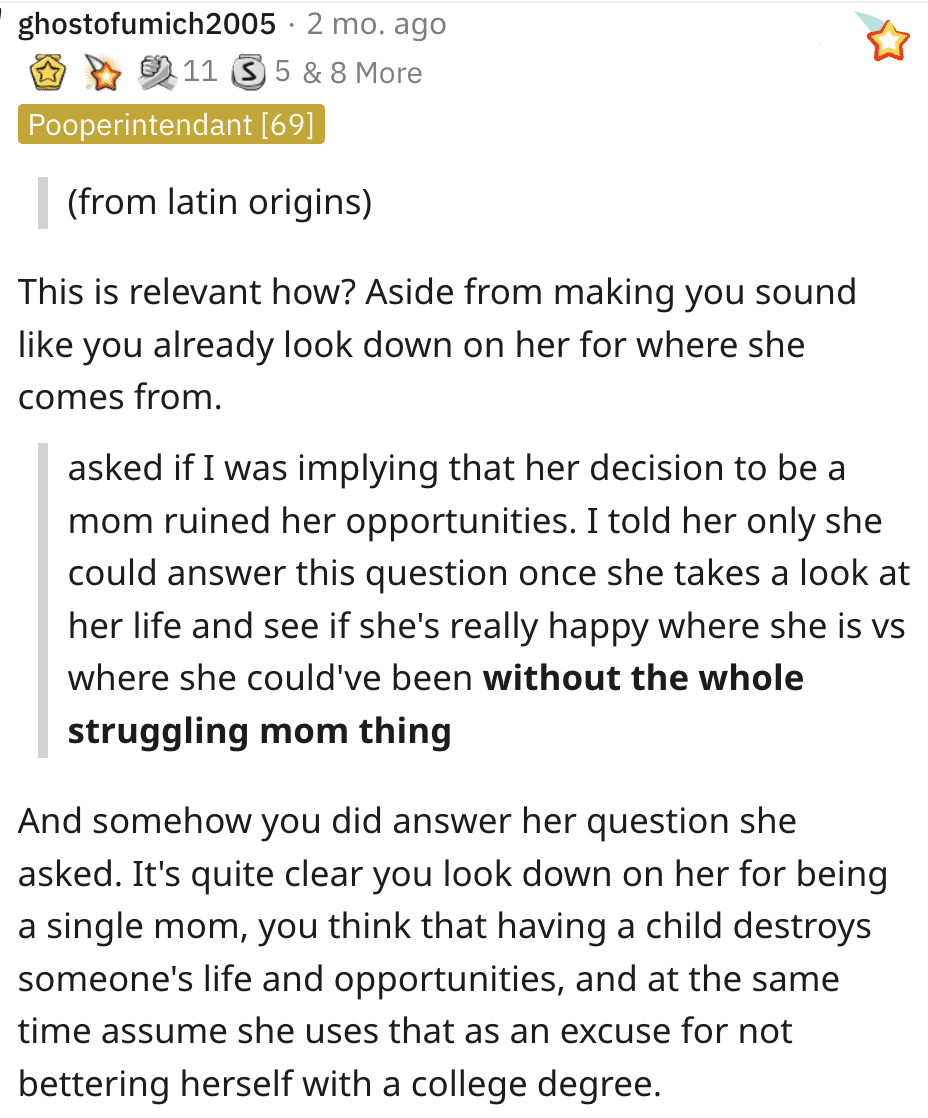 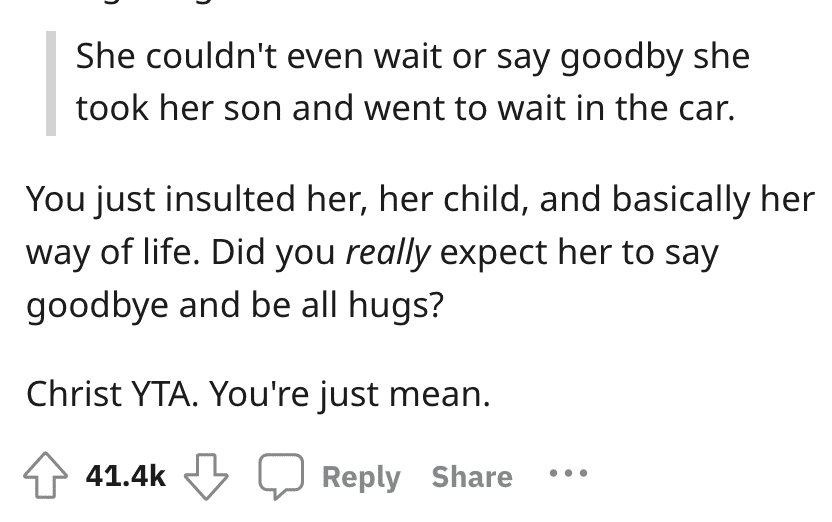 And no, we don’t get to decide when other people are hurt by something we said. 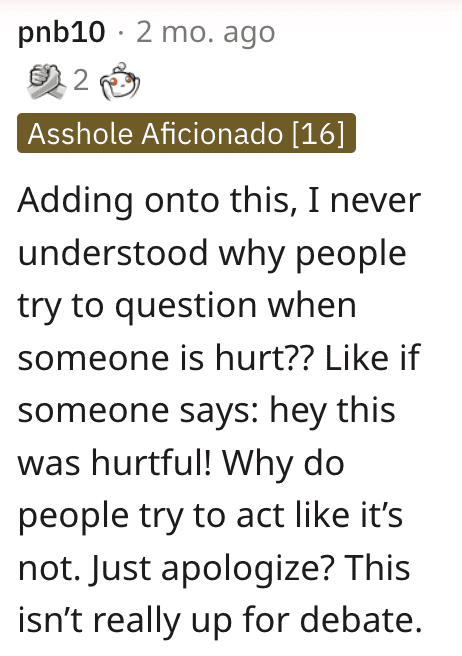 Should we put this on a t-shirt? 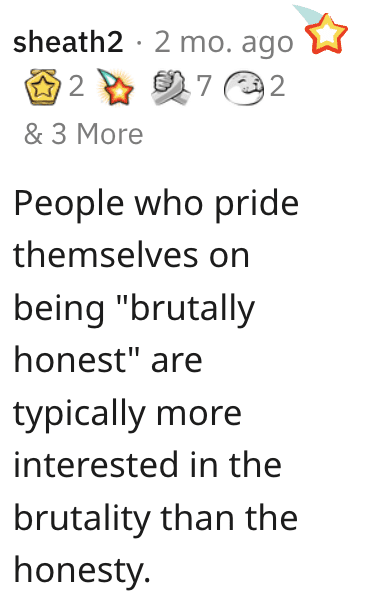 Plenty of people thought her whole attitude was more than a little racist. 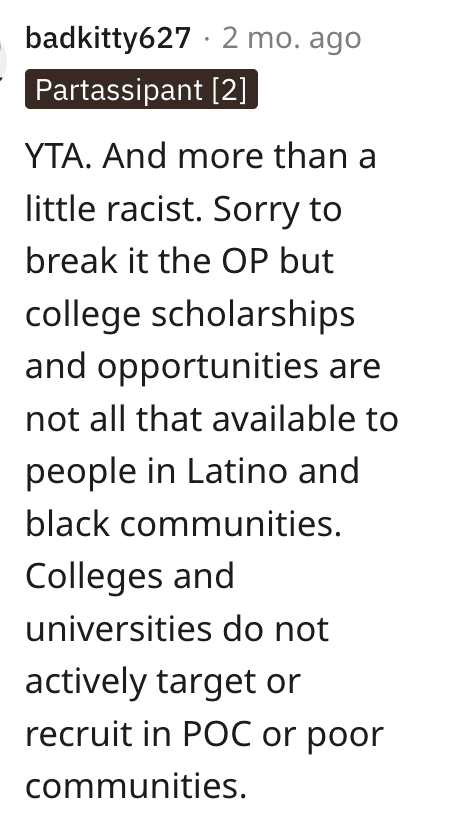 Apologies are for everyone. 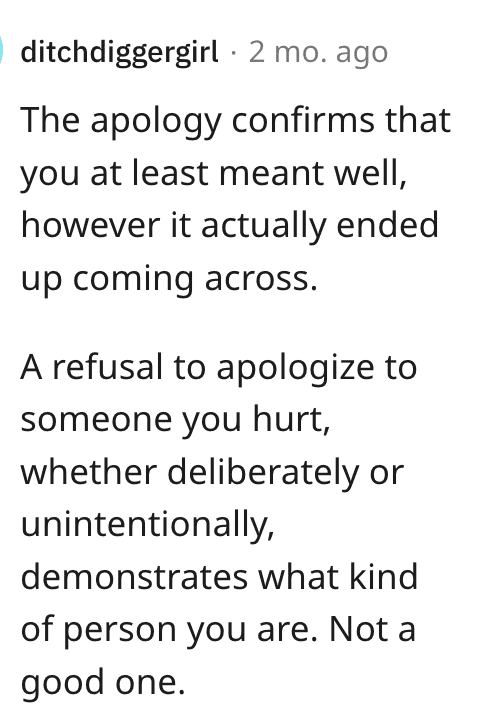 This entire exchange was so cruel and unnecessary, and I had to double check OP’s age more than once.

If you were this single mom, how would you have reacted? Let’s imagine it down in the comments!