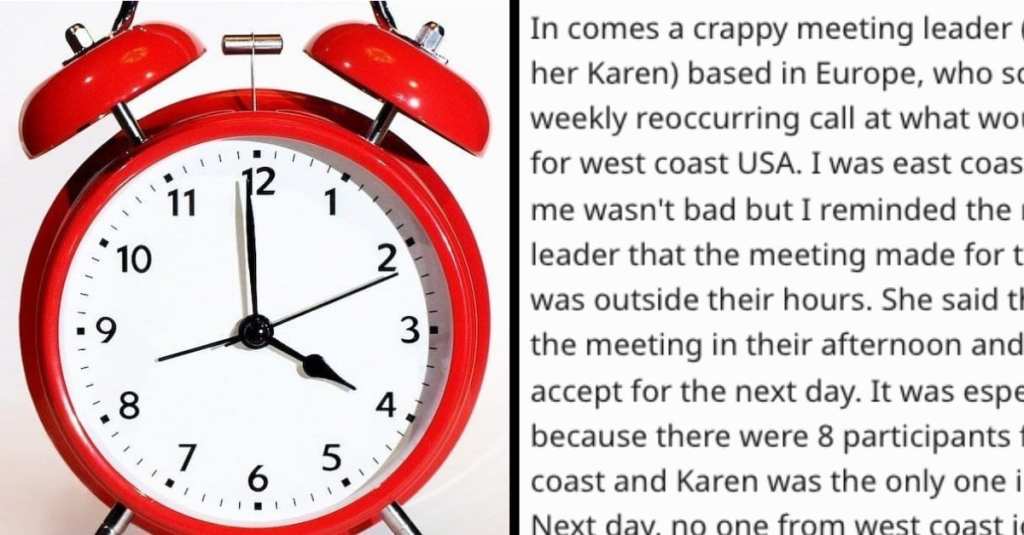 Working remotely has its challenges, one of which is organizing a Zoom meeting when everyone’s available or awake.

Of course, we do the best we can, but some managers don’t consider everyone else’s time. One Redditor tells the story of a “Karen” she worked with who had no empathy for anyone else, and expected everybody else to meet during her working hours. But when the tables were turned, she wouldn’t, or couldn’t, give up her happy hour.

Initially, the woman, who was based in Europe, wanted to meet first thing in the morning, U.S. time.

This was fine for those on the East Coast, but it was still dark for those in living in California.

And so we begin… 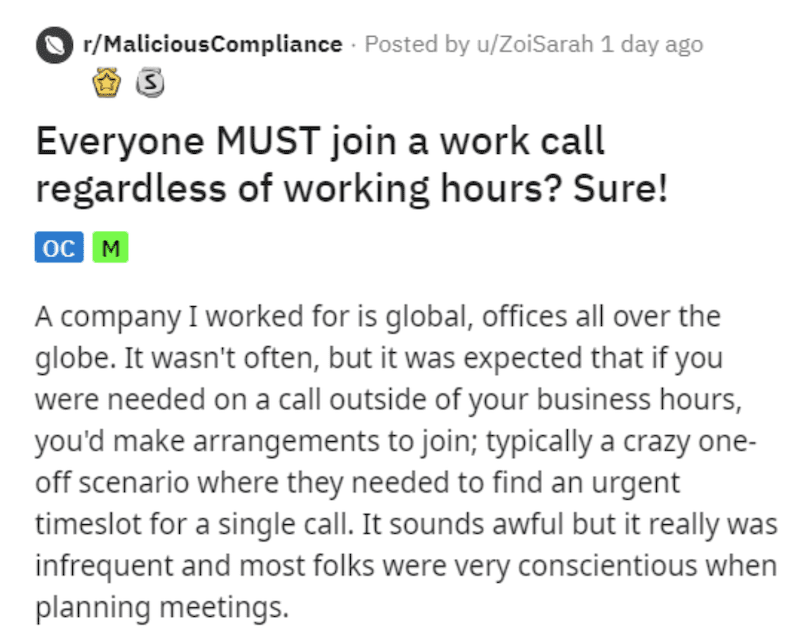 The West Coast team sometimes didn’t show up for the call.

They did their best, but 4 a.m. call times were hard to manage. 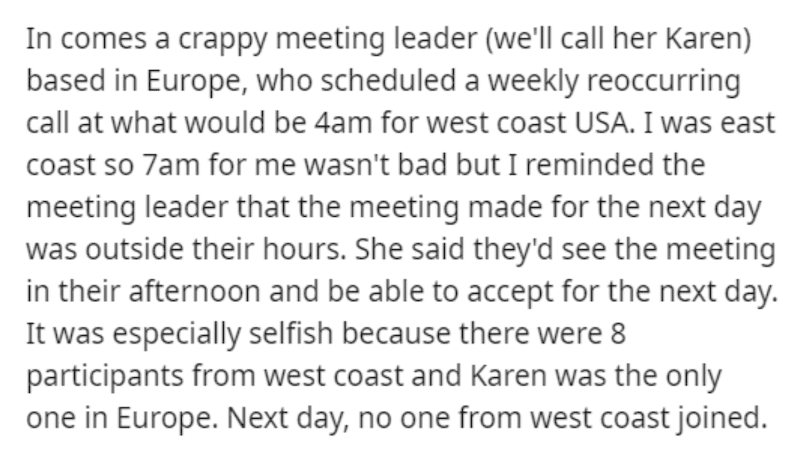 The next week, the poor workers had to drag themselves out of bed pretty early to make the meetings because Karen had zero empathy for their plight and complained to her superiors.

Eventually, she gave up organizing the calls when someone from the West Coast offered to take them over.

She was not thinking too clearly when she made this decision; now, the shoe was on the other foot.

She didn’t want to be at the meetings anymore, as it was nighttime in Europe, and hinted that she wasn’t about to miss a Friday night happy hour.

She even stopped coming, but that behavior wouldn’t last. 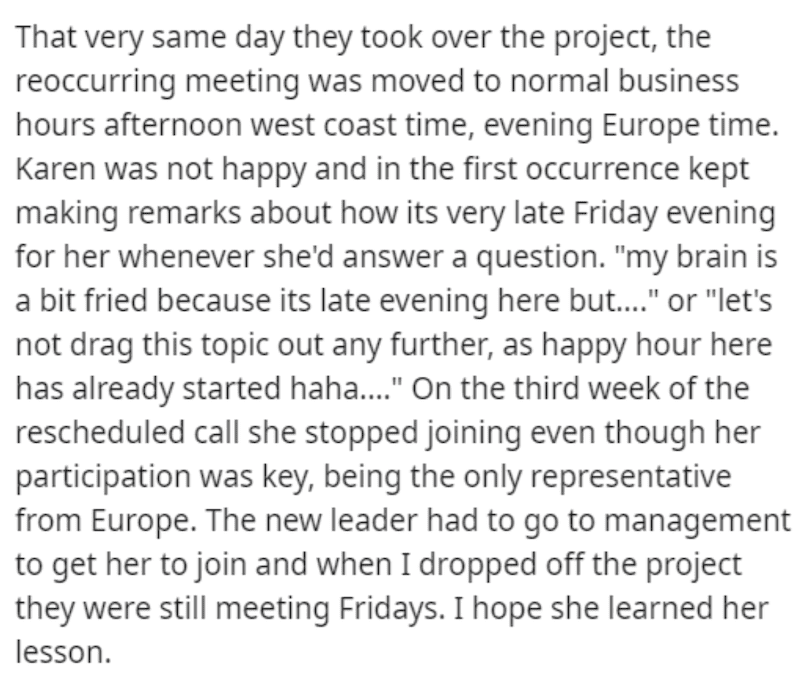 At least one reader shared their thoughts on working in different times zones: 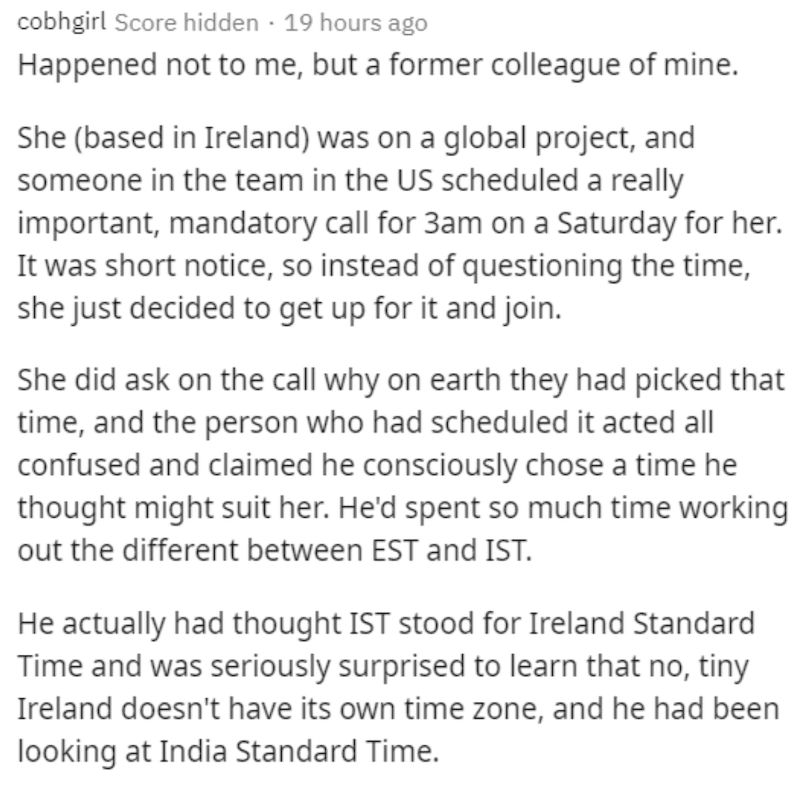 And, apparently, this is actually a thing that happens. Imagine getting an email at MIDNIGHT for a meeting you’d have to be at 5 hours later. 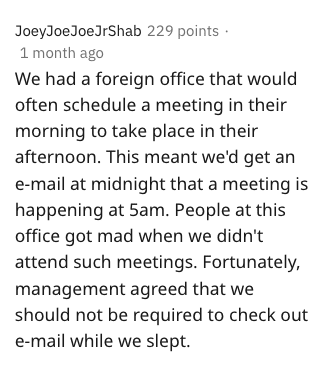 So… why can’t multiple meetings happen?

Or a series of questions be asked of people?

Haven’t we, as humans, figured out ways to communicate with each other?? 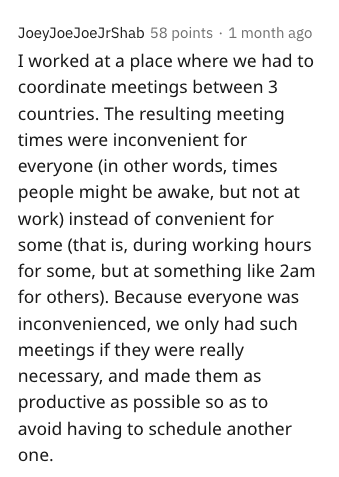 And not just at work! 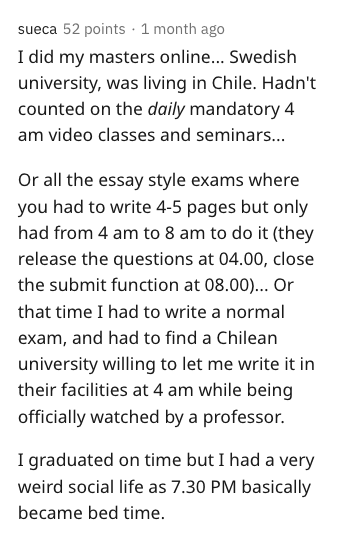 When you’re in a management position, it’s always best to be sympathetic to someone else’s plight, as they’ll remember you’re down the road.

Have you ever worked with a manager or co-worker who didn’t have a clue as to anyone else’s needs?