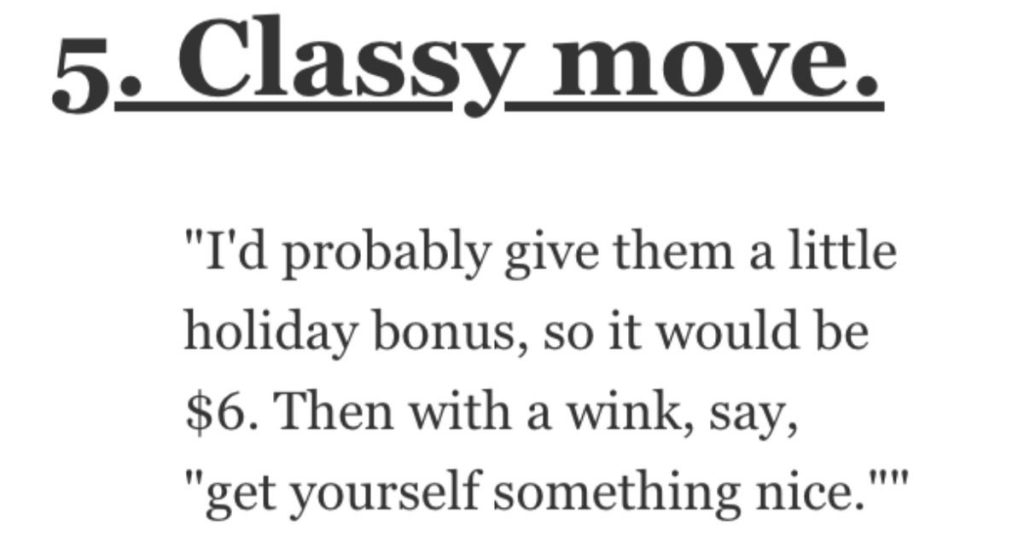 You Borrow $5 From a Friend and Win an $80 Million Lottery. How Much Do You Give Them. People Responded.

Are you ready to play a game, my friends?

If you said yes, then you’re in the right place!

The big question is: if you borrowed $5 from a friend and won big money in the lottery, how much would you give them?

Check out how AskReddit users answered this question!

“If I win $80 mil, which is around $50 mil after taxes off the money someone lent to me, I’d buy them almost whatever the f**k they wanted.”

“First, I’d never tell anyone that I won.

Then a good amount of time later they’d receive an anonymous gift containing a cashier’s check that would set them up for the rest of their lives.

I wouldn’t be able to sleep at night if I didn’t do something significant for them.”

“Pay back the $5 and nothing more.

Once you pay back more, you are opening yourself up to a lawsuit on the basis that by paying back extra, you’re acknowledging the idea that the loaner has a piece of the action.”

“I’d probably give them a little holiday bonus, so it would be $6.

Then with a wink, say, “get yourself something nice.””

“Never tell anyone you know about your winnings.

“I’d half the final amount I ended up with, no question or second thought.

I wouldn’t have a cent without them, and happiness shared is happiness doubled in my opinion.”

“If someone loans you money then you only owe them what you loaned. You’re still paying out of your own pocket.

I’d probably give them a couple of million because I’d feel grateful for the favour that enabled the win but it’d be out of appreciation as opposed to obligation.”

“I’d give them $5.01, because I’m feeling generous and I want to make sure they don’t feel like they’ve been shortchanged.”

“Pay off their mortgage.

I’d do that for all my friends, luckily it’s only three people.”

“A lot of people are taking this question as, “What do you owe your friend?” They are owed $5.

Anything beyond that is a gift from me to them.

Honestly, I can’t think of a single thing I could do with 80 million, that I couldn’t with 40 million, aside from stupid s**t like saying I have 80 million.”

What would YOU do?