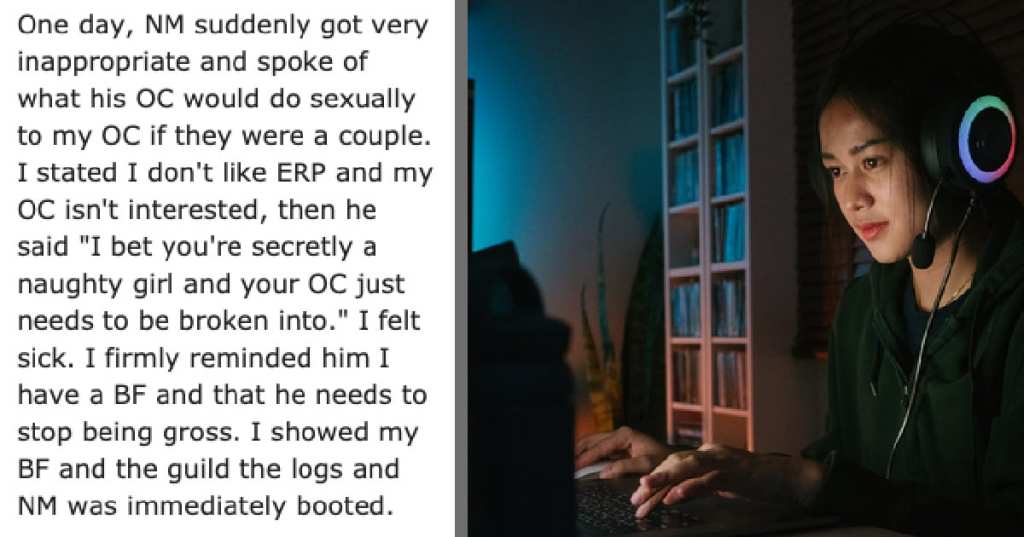 If you spent any time gaming online at all, you won’t be surprised that we’re about to hear a story about harassment in one of those spaces.

If you’re a woman, you also won’t be surprised to learn that OP (original poster), started to feel guilty for setting very necessary boundaries with a stranger who was acting inappropriately.

She began playing online games with her boyfriend as everyone started spending more time at home, and she felt like it was something fun they could do together while they didn’t have a whole lot of other options.

They did it together, there was no real flirting or messaging with other players outside the game.

Then, a new member joined their guild. He was older, male, and super awkward about talking about how cute and sexy OP sounded on her mic, even when her boyfriend was present and part of the conversation.

She (and her boyfriend) tried to laugh it off.

Even though he’s never seen her, things begin to escalate in the game world, to the point where her boyfriend was having to get more involved. 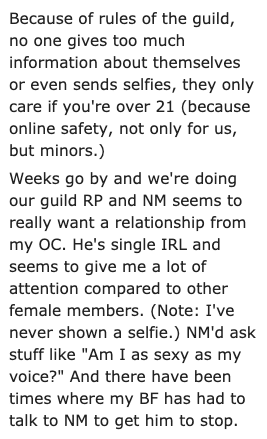 Who’s surprised that one day, he went to far? 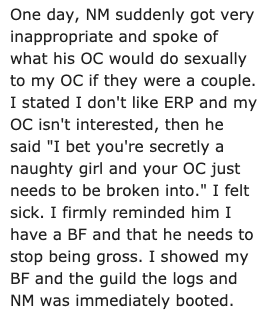 She blocked him, removed him as a friend, and probably felt relieved.

Then she started to get messages from his “friends” about how she ruined his life.

Now, she wants to know if she’s the a$shole, and honestly, I want to shake her and give her a hug at the same time. 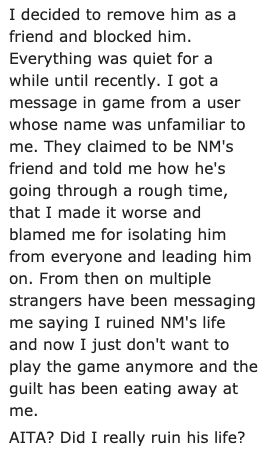 People on Reddit definitely had OPs back, and sadly, told her that this happens all the time.

There are, after all, consequences for our actions. 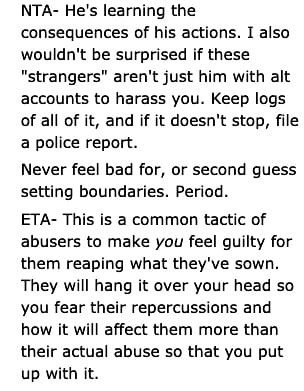 They also want to make sure she knows she can go to the police, if need be, and they would be able to find him. 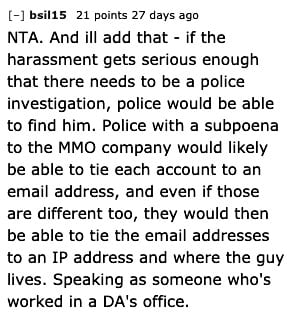 This person pointed out that the guy must not be TOO hard up for friends, if they’re all willing to message and harass her in his stead. 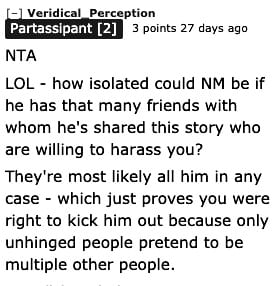 Though his commenter wasn’t the only one to point out that these “friends” are probably just the same jerk she blocked to begin with. 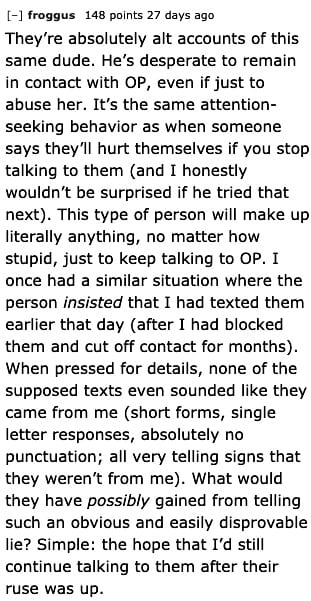 But mostly, we all just want her to know she did the right thing, and she shouldn’t feel guilty for one single second. 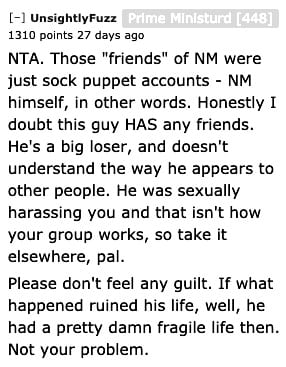 Well, there you have it, my friends.