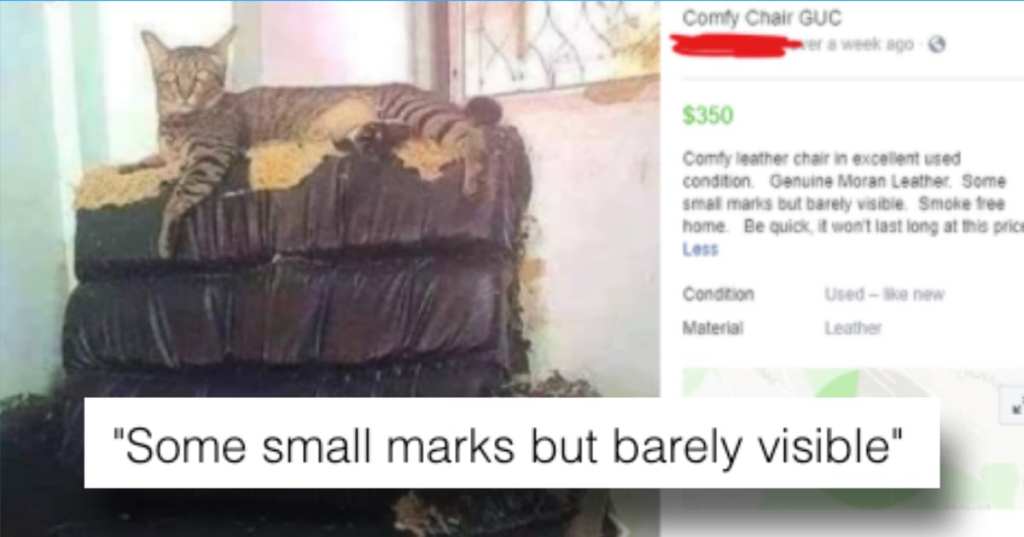 14 People Share The Weirdest Stuff They Found On FB Marketplace, Ebay, and Craigslist

If you’ve spent any amount of time on places like Facebook Marketplace, eBay, Craigslist, or really anywhere people basically use the internet as a virtual garage sale, there’s no doubt that you’ve probably seen some weird stuff.

I mean, I know what’s in my basement, so it seems to follow that everyone’s got a bunch of crap they think they might be able to pawn off on someone else some day, but is it true?

The jury is out, but I think we can say for sure that absolutely no one needs what these 14 people are selling.

Not super cold from CrackheadCraigslist

13. One fish tank, but you have to take the murderers, too.

Do with Kevin and Neil what you will.

12. Do you think the problem ever hit her?

Those are lovely sandals. from CrackheadCraigslist

Like, why does this exist? Why would I need this? Why is it so much money? 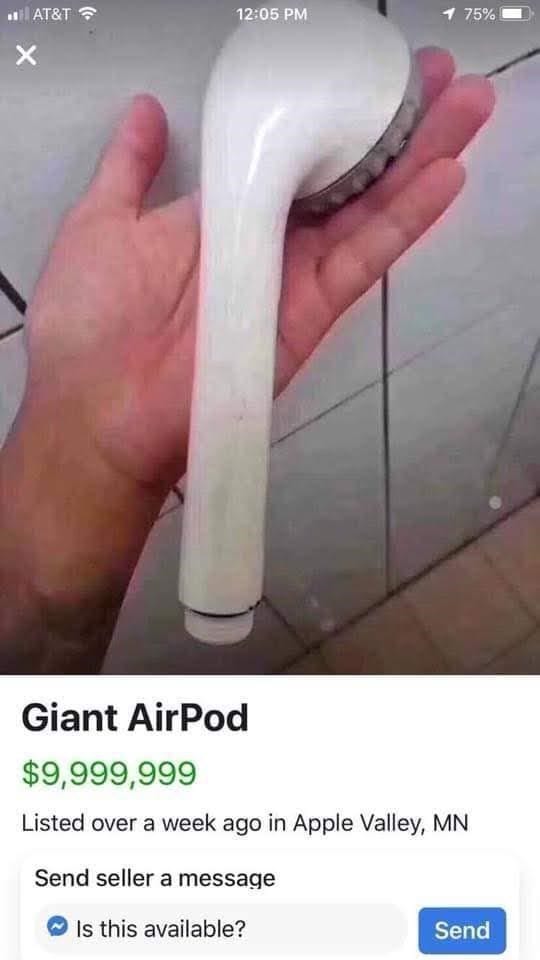 It might also cover a guitar, but facts are facts.

Only used once, not a bad deal from CrackheadCraigslist

9. Well that just tells you everything you need to know.

8. Whoever wrote this has a future.

Perhaps as a snake oil salesman, but a future nonetheless.

7. I wonder how much she charges for other kinds of skin.

Come on, you know you were thinking it.

6. You can keep in the background of your Zoom calls.

Or maybe in the background of your Tinder picture!

I have no idea what’s going on here.

4. That thing has to be expired.

And sorry, but no way it works.

3. If the heads swapped out, maybe…

But it’s still a strange thing to buy used.

Ah yes, who wouldn’t want to buy a used toothbrush? from CrackheadCraigslist

2. If those are “small marks” then I am a small person.

That price made me laugh.

"Some small marks but barely visible" from CrackheadCraigslist

1. He’s got some oceanfront property in AZ, too.

I’m going to need to see proof that it’s his to sell.

What on earth is the matter with people, y’all?

What’s the weirdest thing you’ve ever sold? Bought? Seen online? I need details in the comments!