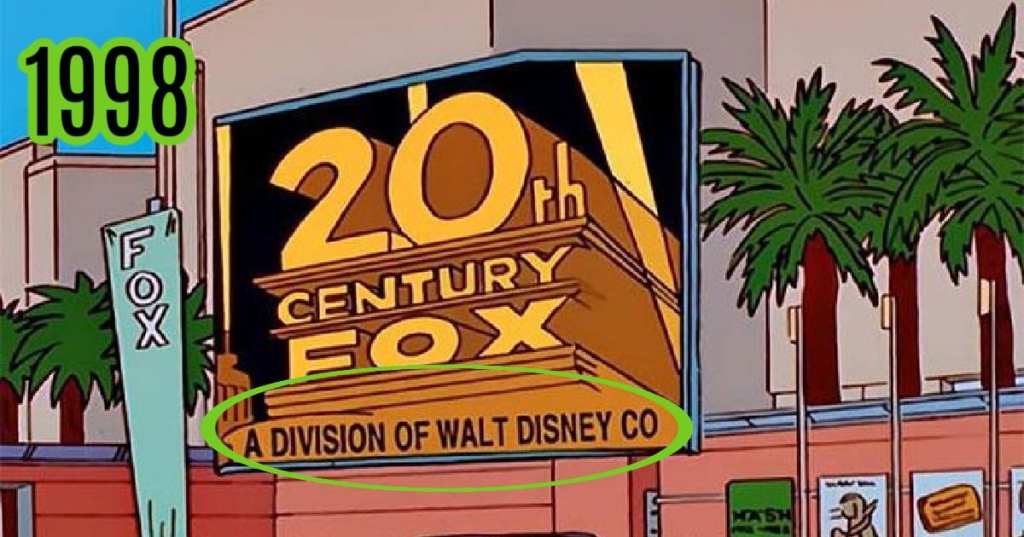 The Simpsons is currently enjoying it’s 32nd season on the air, which means it’s nearly the age of a middle-aged person – and it has seen just as much happen in the world since it aired.

Which is weird, because it seems to have predicted as much about our world as it has witnessed, and now it’s been around long enough to riff on the events it long ago predicted in what passed for comedy at the time.

Don’t believe me? Here are 11 moments predicted by The Simpsons that have now come to pass. 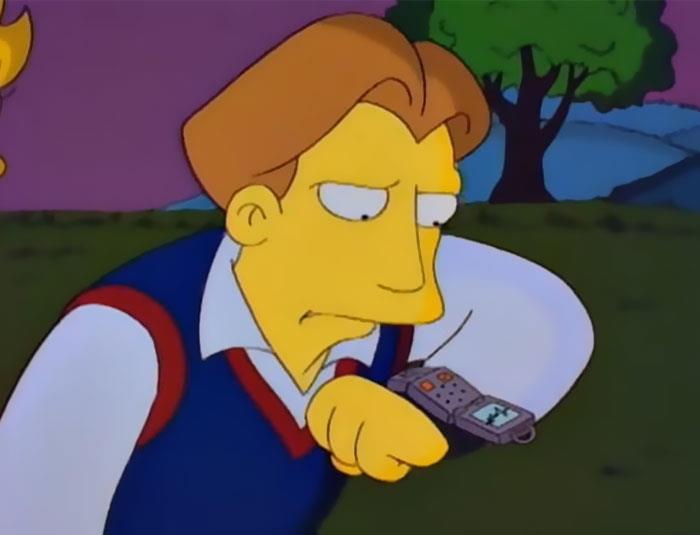 Yeah, everything that ever will be has already been on “The Simpsons”. But this is a bit on the nose. pic.twitter.com/SOHKyIzHjn

9. In 2003, Siegfried and Roy had a little trouble with their white tiger.

Ten years earlier, they were mauled by one on The Simpsons.

8. To be fair, we know we can always count on Tom Hanks.

Thank goodness he survived covid to help us out.

In 1998, Homer sold a script to 20th Century Fox…which had just been taken over by Disney. That happened for real 19 years later. 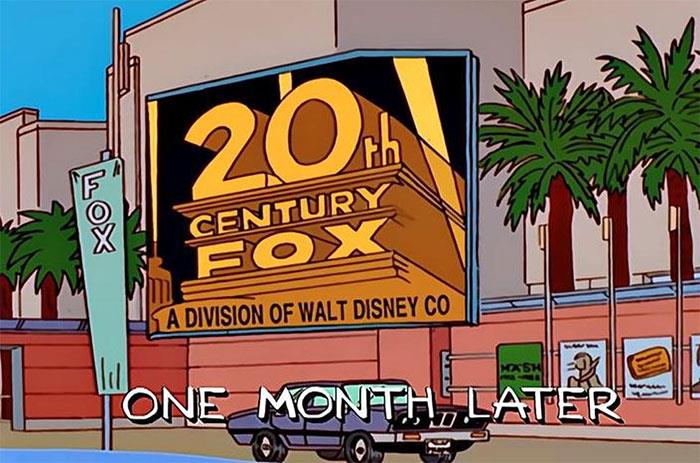 6. On the show the three-eyed fish was a sign that pollution was getting out of control.

So…they nailed that, too.

It changed “beat up martin” to “eat up martha.” In 2005, autocorrect was rolled out for real. 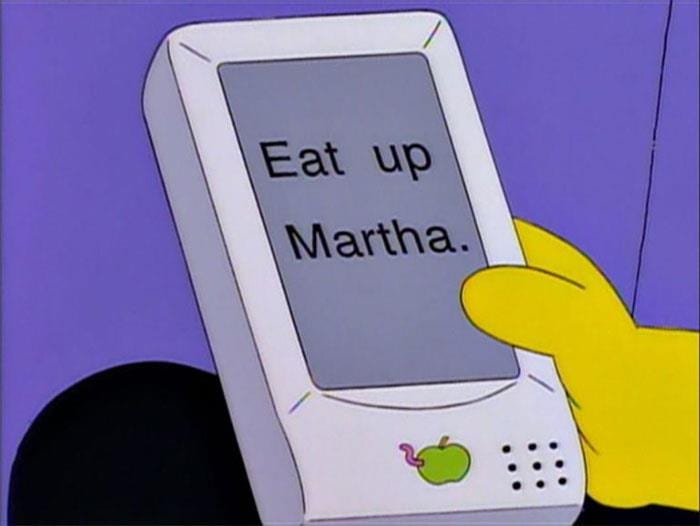 Scientists confirmed the existence of the Higgs Boson back in 2012…14 years after Homer illustrated an undiscovered particle on a blackboard. 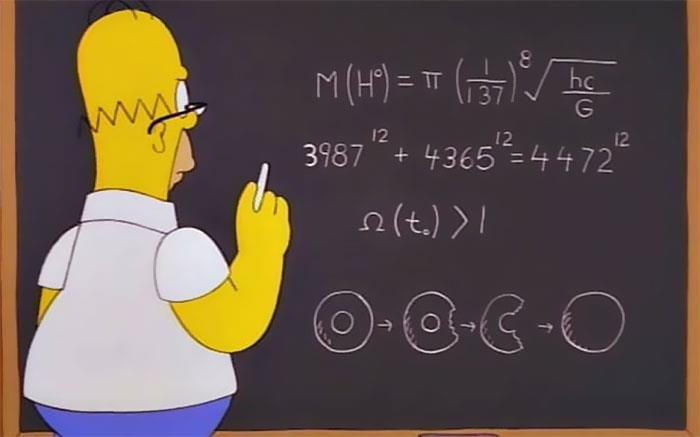 Millhouse bet on MIT professor Bengt Holmstrom to win a Nobel Prize – which he did 6 years later. 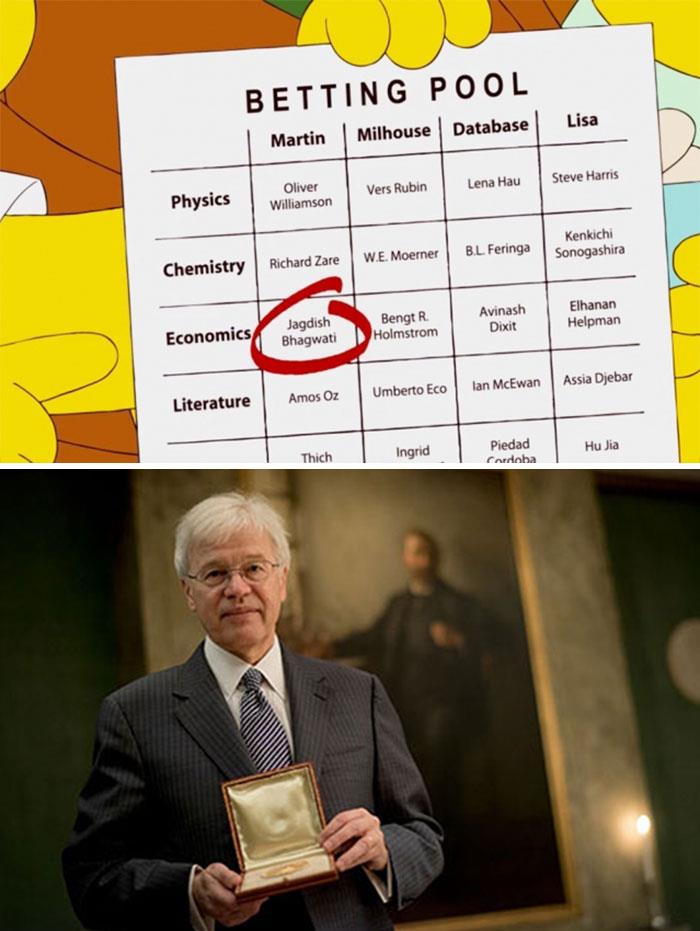 Homer voted for Obama but the votes were changed to Romney – just like happened in Pennsylvania in 2008. 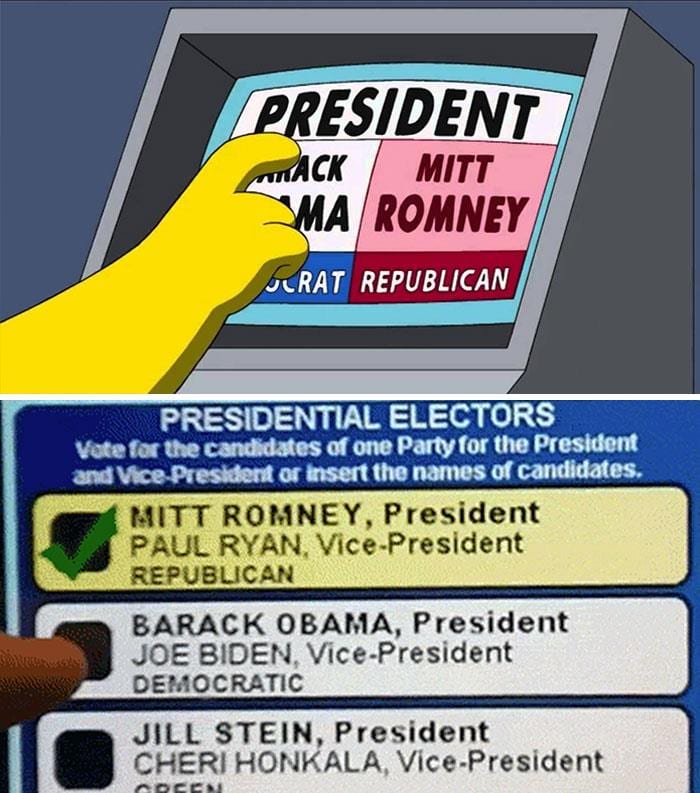 1. Censorship of the David statue.

Yes, residents of St. Petersburg actually wanted the “indecent” statue covered, just like on the show. 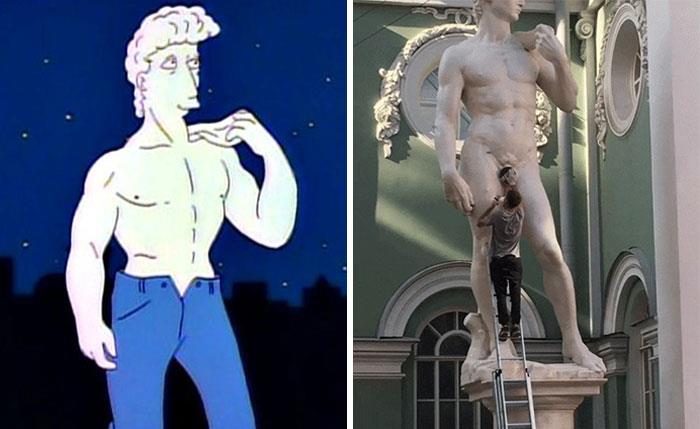 It’s eerie, right? And not quite as funny now that it’s happened.

What’s your favorite “The Simpsons predicted it!” moment? If it’s not on this list, share it with us in the comments!