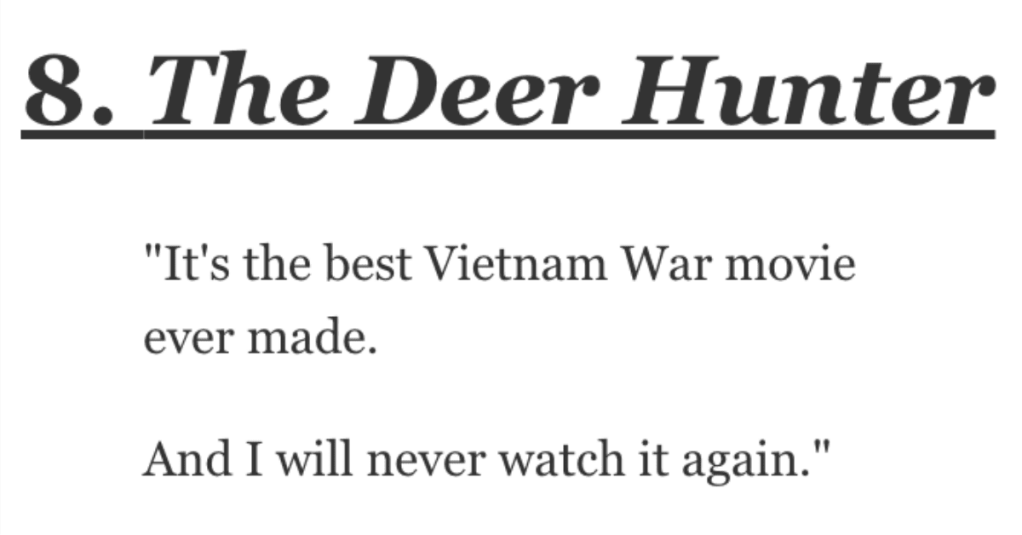 12 People Share the Most Disturbing Movies They’ve Ever Seen

I’m a horror movie fan and that genre in particular has really ratcheted up how extreme they are…and some of them really stick in your head long after the screen goes dark.

What’s the most disturbing movie you’ve ever seen?

“I don’t think I’ll ever watch that movie again because the scene where the mother cuts her own freakin’ head off with the piano wire was just too grotesque for me.”

“This one messed me up for weeks!”

“This movie freaked me out so much that I couldn’t even finish it.

Specifically, the duckling scene. It was so disturbing and hard to watch.”

“Specifically, Michael Shannon’s character. I had a very visceral reaction to him and had nightmares about those dead fingers for months!”

“When people hear ‘disturbing,’ they tend to list a lot of horror flicks, but this is the one movie I refuse to watch again.

“The scene when he cuts his arm off — and that high-pitch noise it made when he cut through a nerve — still haunts me.”

“It’s the best Vietnam War movie ever made.

And I will never watch it again.”

“I wish that I could remove this one from my memory because it shocked me to my core.”

“It’s a documentary with a really upsetting ending, and it leaves you with nothing positive enough to compete with the sadness of it all.”

“It’s a Swedish sci-fi film about a passenger spaceship that gets lost in space. It’s really well done, but it was also the most bleak and depressing thing I’ve ever seen.

I kept waiting for something good to happen, some spark of light, but it just kept getting darker and darker. I had nightmares for a week after, and I still get a hopeless feeling in my stomach whenever I start thinking about it.”

“I thought this was SO disturbing — but that might just be me.”

What do you think is the most disturbing movie you’ve ever seen?

Let us know in the comments. Thanks a lot!