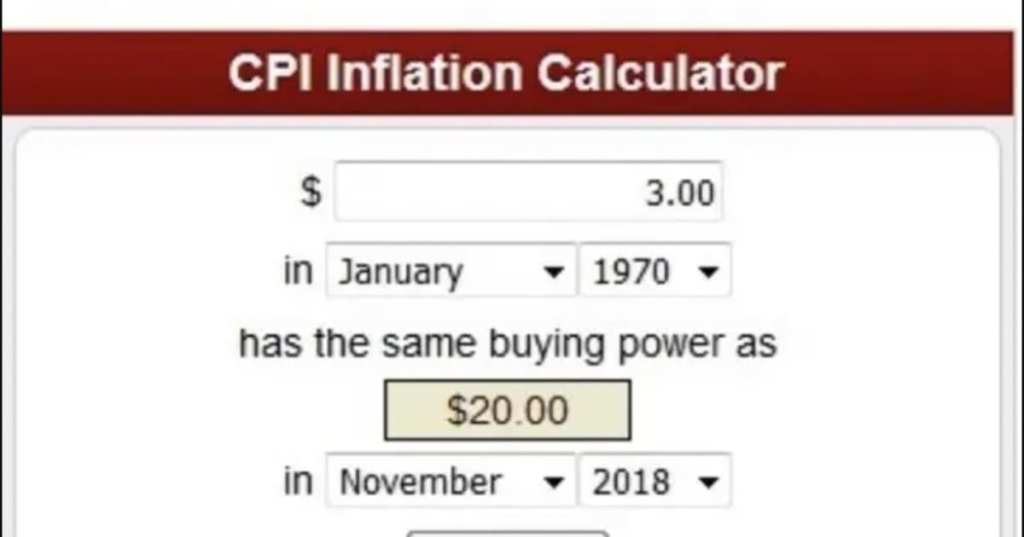 One of the best things about the world we live in these days is that you can literally find the answers to any and all of your questions with a few clicks of a button.

If you want to know all of the reasons, for instance, that the minimum wage being raised would benefit millions of people who are barely getting by, well, you can Google that.

One of the worst things about the internet is that no one really vets what’s on there, so you can also find a lot of “opposite arguments,” and it takes a certain kind of mind to sort through both sides and figure out which one is grounded in truth.

Just where do people get off?

Unless you’re sure you’re right, I suppose. 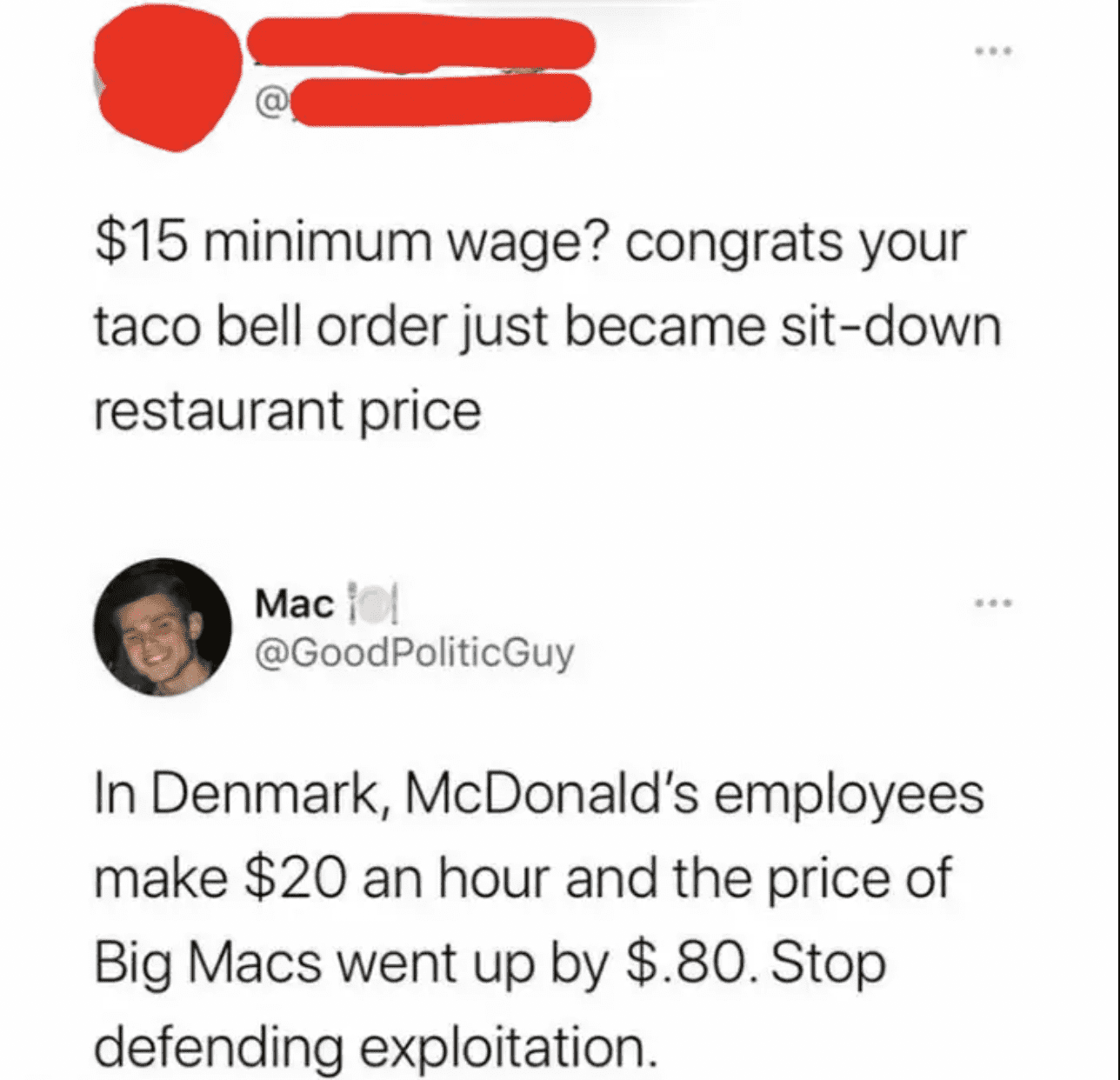 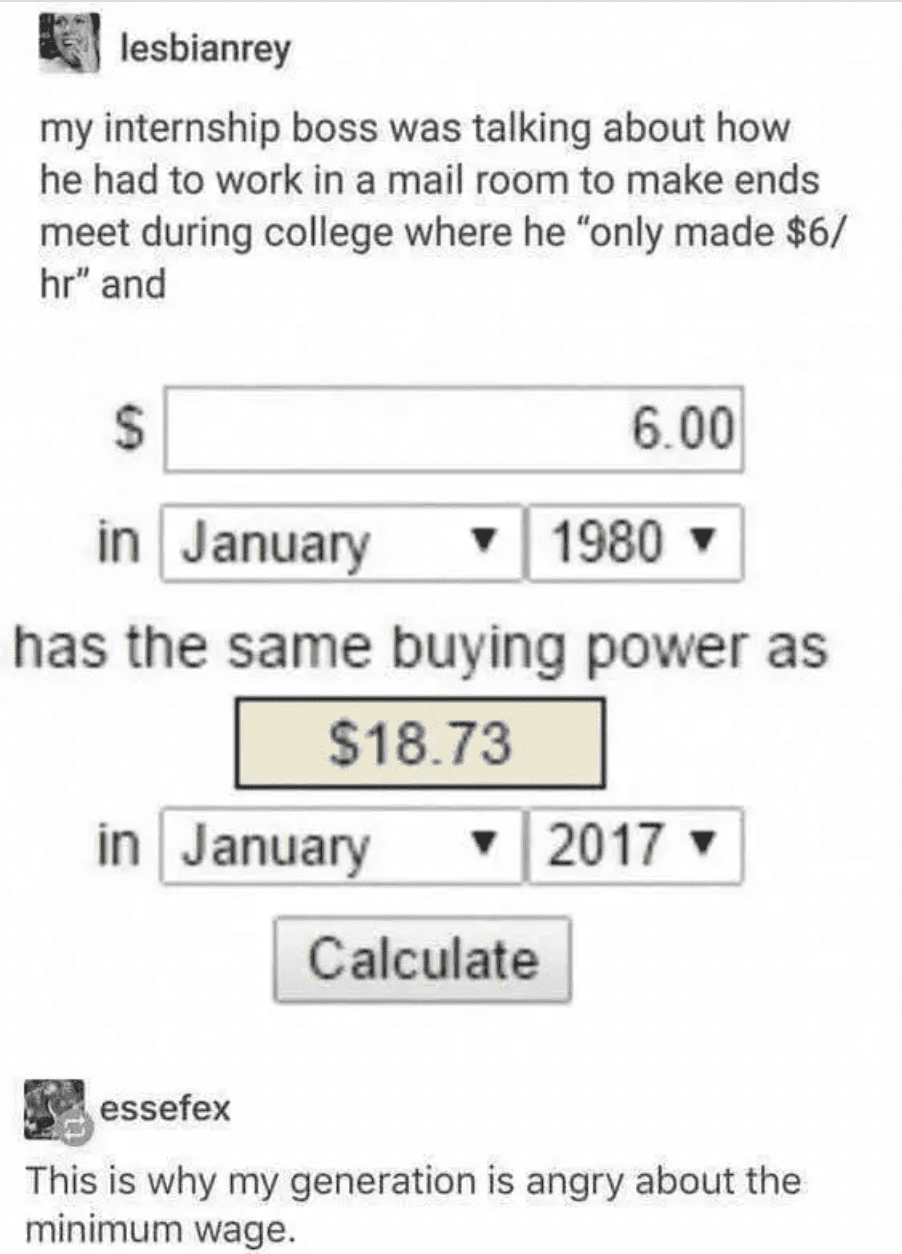 I honestly wouldn’t put it past people, though. 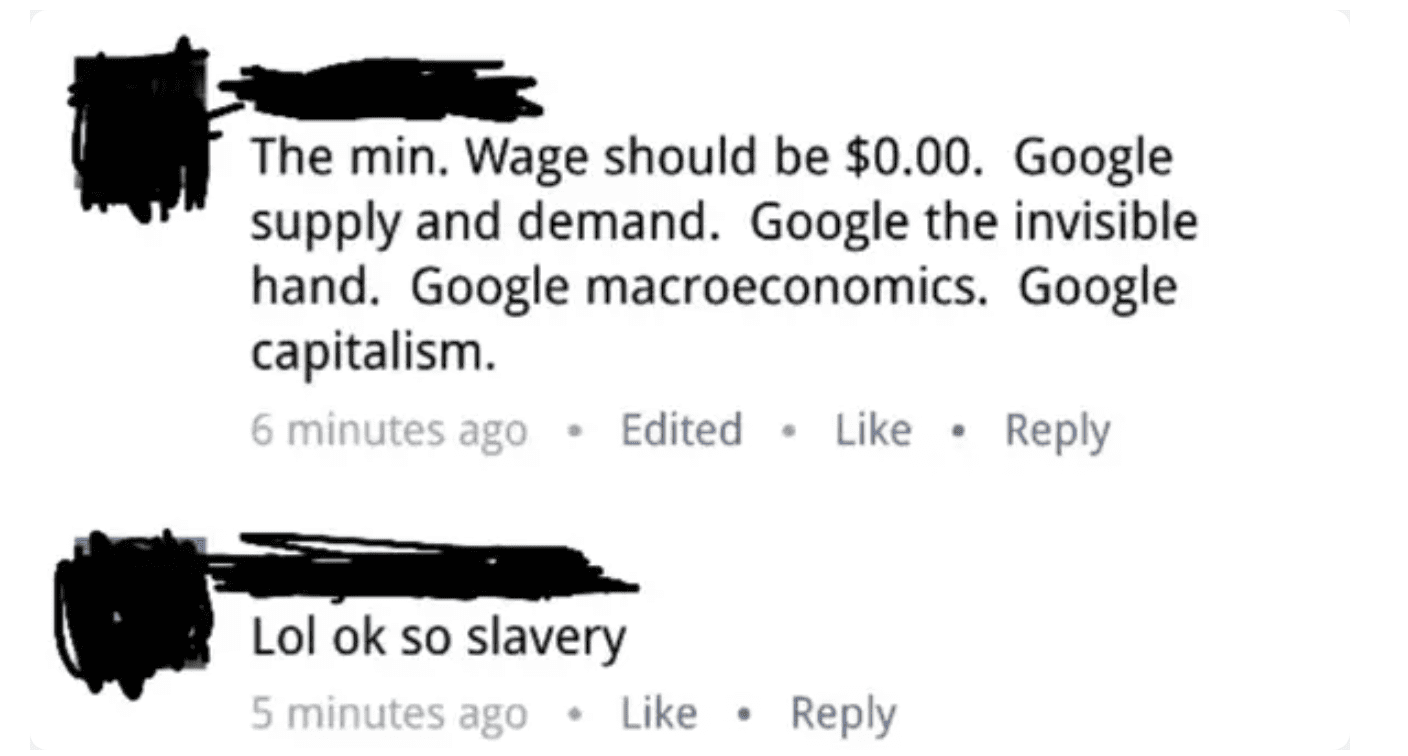 Any way you slice it.

$15 an hour = $100k per year from confidentlyincorrect

Because things everyone uses seems to fit the bill. 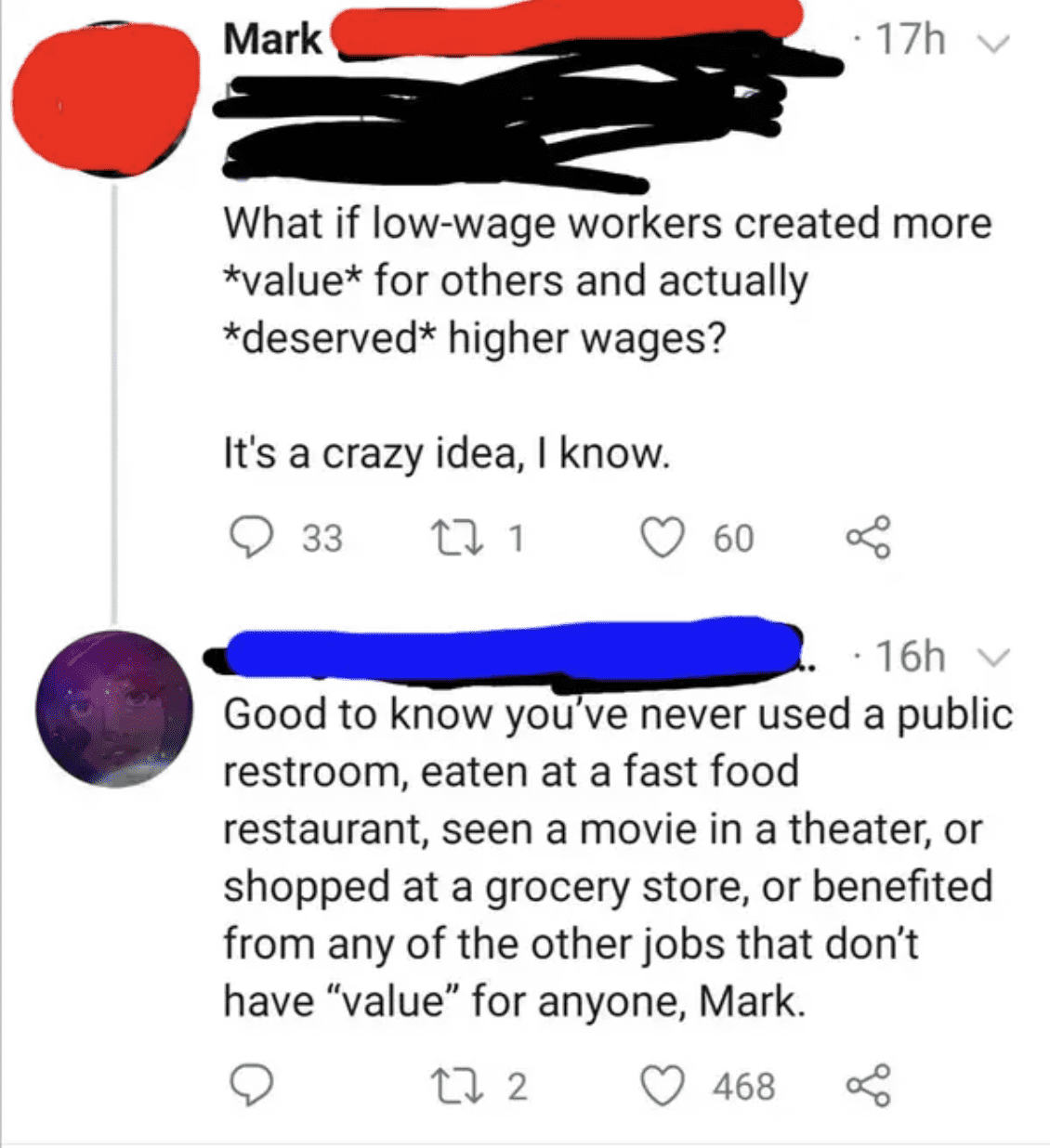 7. We’re angry at the wrong people.

That’s how the man skates away with big profits, son. 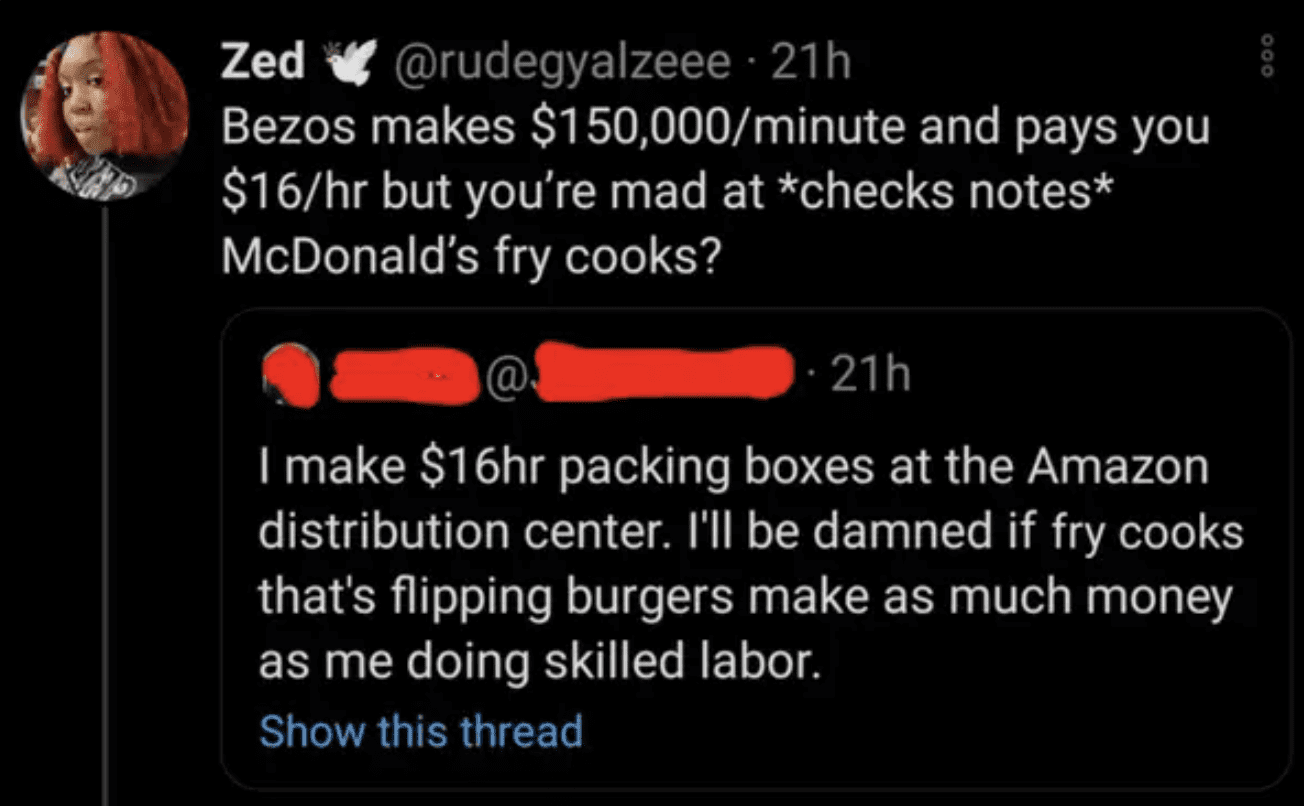 6. That’s actually why the minimum wage was created.

So that anyone who worked 40 hours a week would be able to live comfortably. 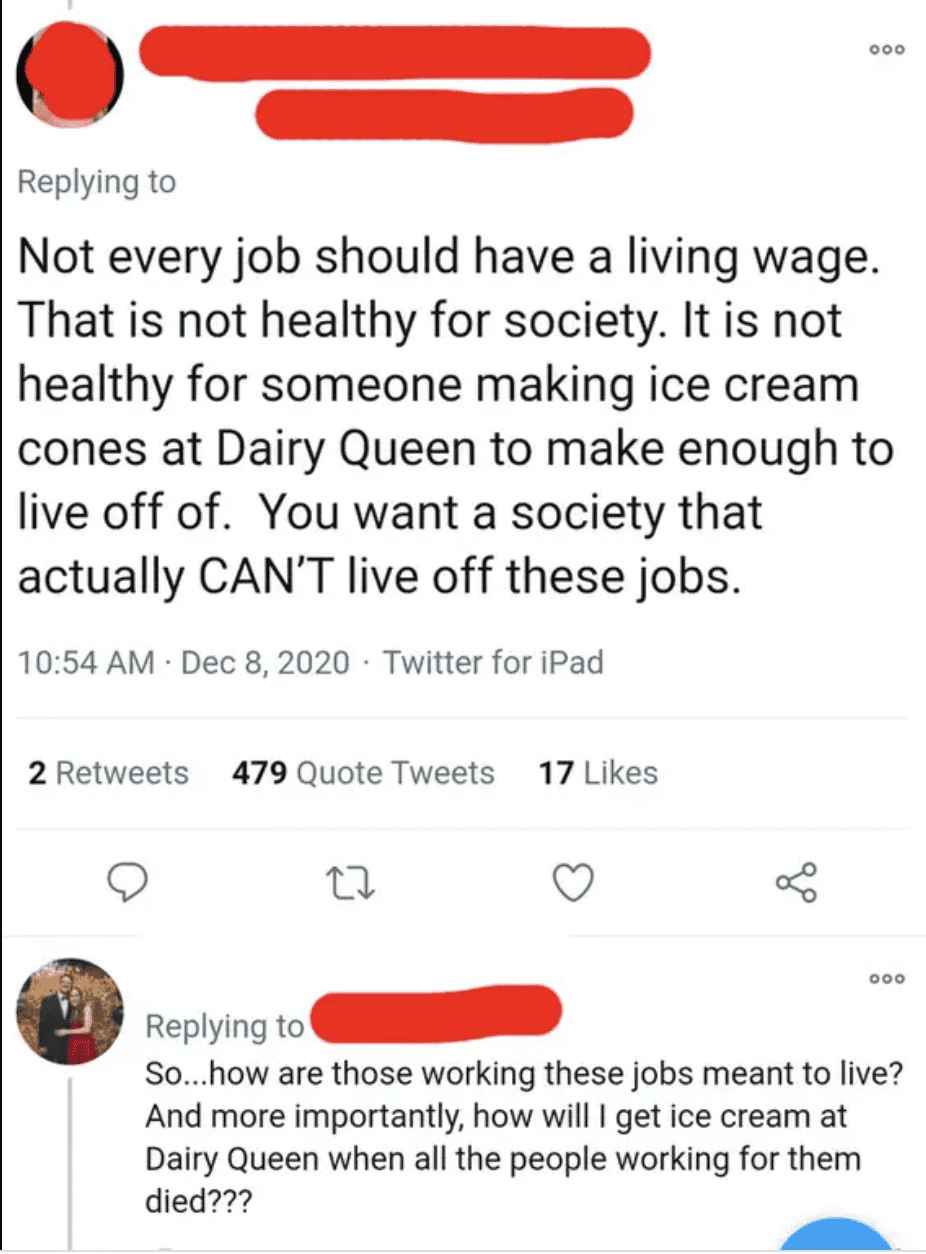 As long as they’re not working against you. 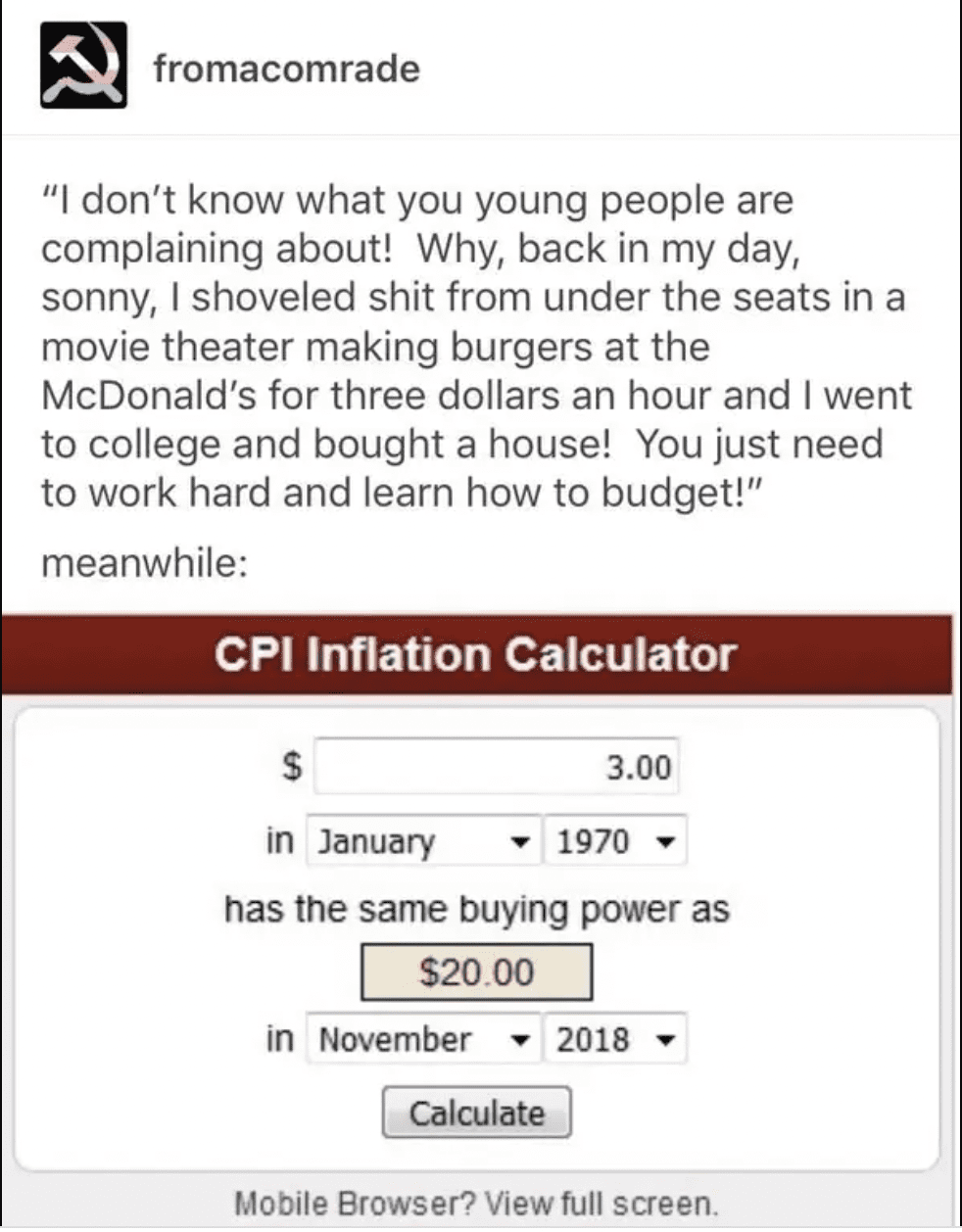 4. This commenter made a fair point.

Also I think OP is confused about how much a “luxury” car costs.

"Those lazy dropouts and their wages!" from clevercomebacks

He kind of asked for it, though. 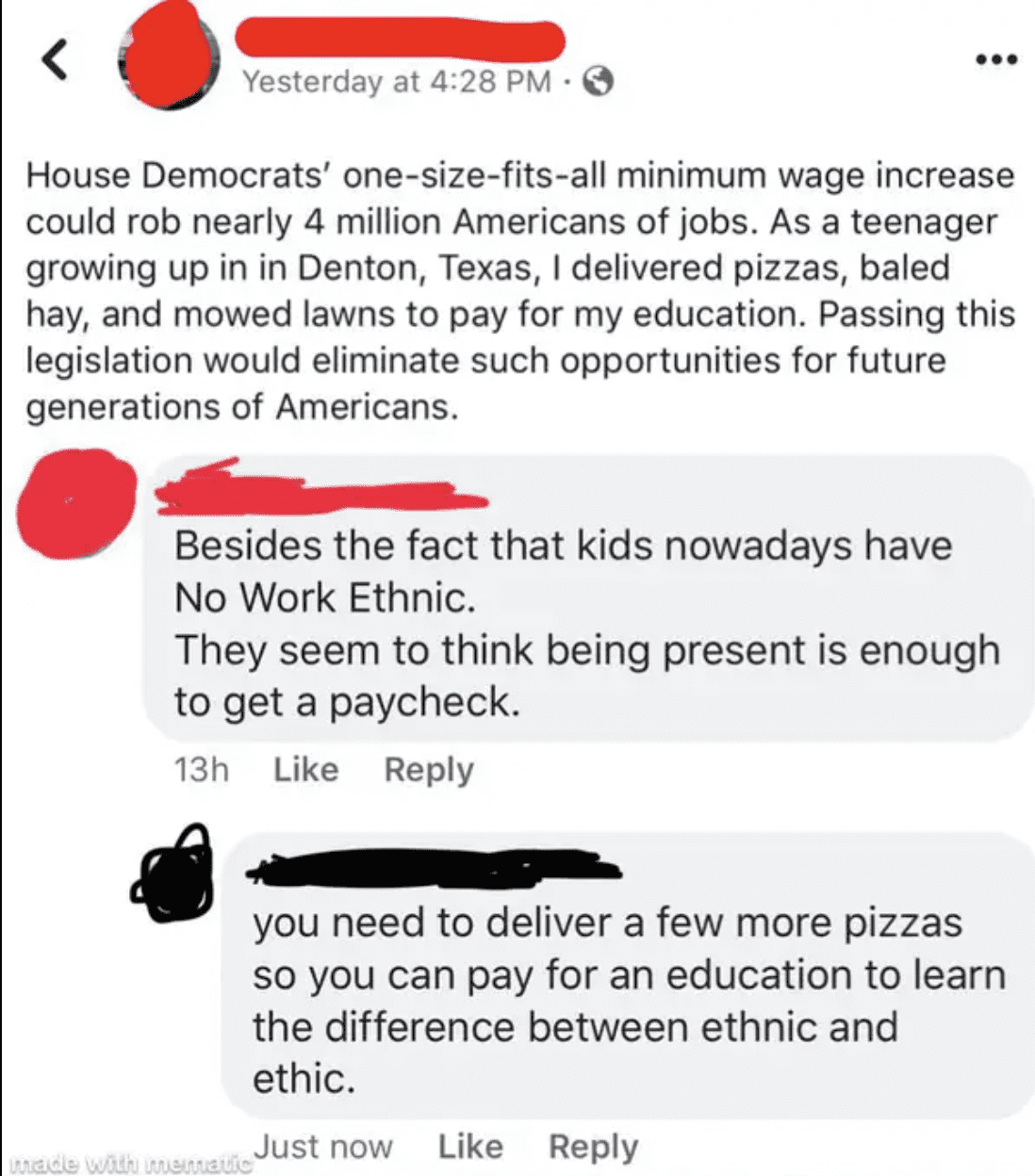 2. They were so close to getting it.

It’s just about smacked them in the face. 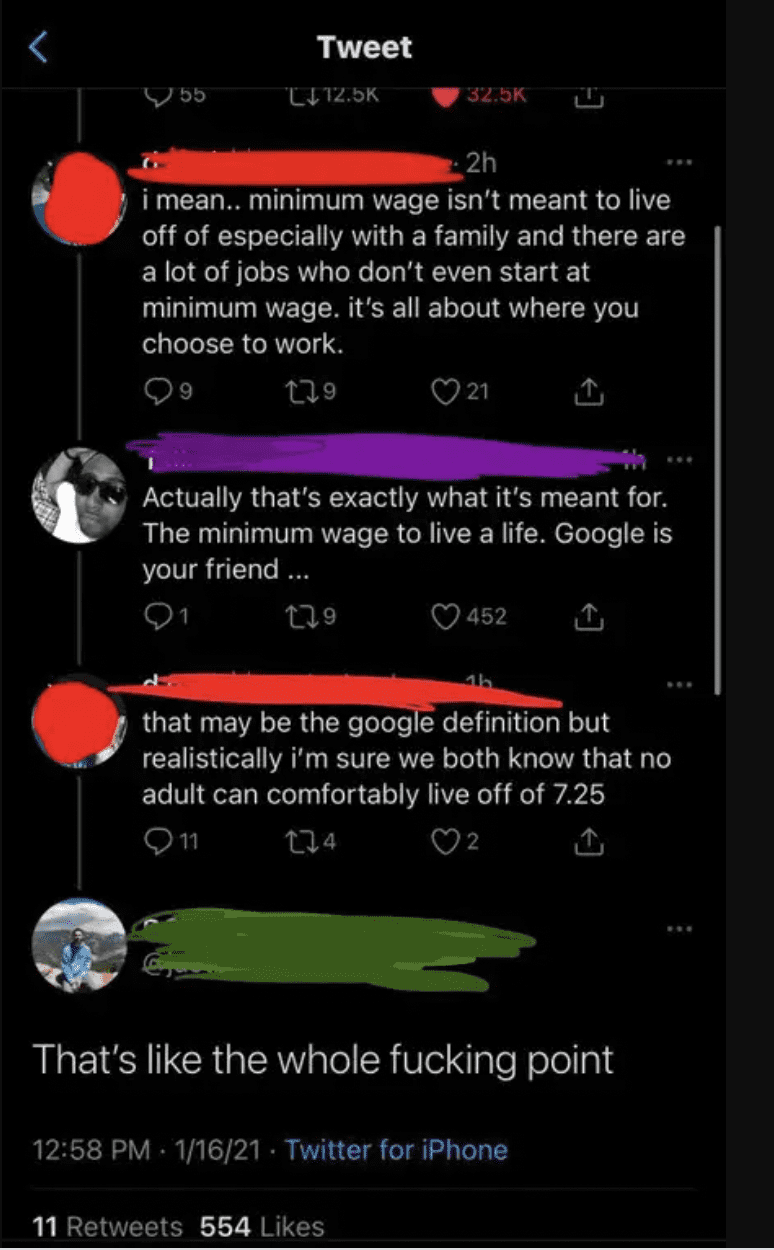 That’s it. Just bless their heart.

Australia uses the Euro? from confidentlyincorrect

I mean…oppose if you want, but please have some legit concerns and reasons, right?

How do you vet your internet info? Let’s educate some folks in the comments!