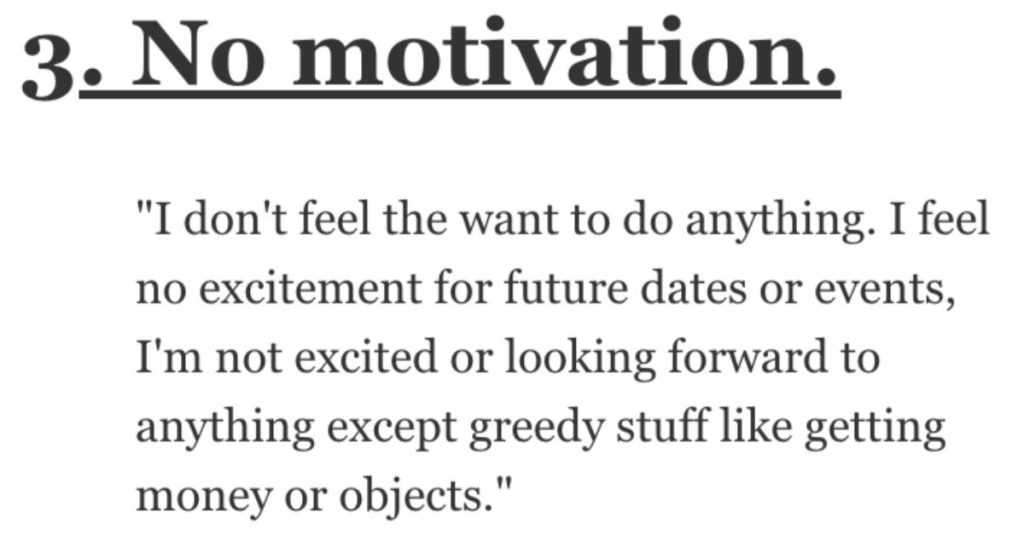 What’s the longest that you ever held a dark secret close to your chest, even though you wanted to let it all out?

“I suffered from HORRIFIC intrusive thoughts due to OCD and for 28yrs I thought something was wrong with me.

That I may end up being a predator/m**derer/psycho (even though all of the thoughts made me physically sick). I was genuinely scared to babysit my 2yo nephew alone because what if I accidentally threw him down the stairs?

I finally opened up to my therapist and she helped me work through it all and I’m not triggered anymore and I can finally live peacefully.”

“My best friend since 10 now (32) just got married I wasn’t included in the bachelor party nor invited to stand in the wedding.

I left shortly after dinner was served. No pictures no partying. Seen him as I was leaving we said we loved each other and I said congratulations.”

“I don’t feel the want to do anything.

I feel no excitement for future dates or events, I’m not excited or looking forward to anything except greedy stuff like getting money or objects.

I’m not even materialistic, it’s just like my brain is looking for shortcuts to make me feel some sort of excitement and so it looks for objects that I want. This makes me feel f**king horrible.

My girlfriend asks me to play video games or hang out with her and I always do but I never look forward to it until we actually do something. I always enjoy my time with her but I can’t get hyped up to do anything.

I’ve heard of this with older people but I’m only 18 and I’m horrified, I need this motivation.”

It haunts me to this day.

I am not guilty of anything.”

“I have a really difficult time connecting to and understanding other people. I’m never cruel about it.

I just don’t feel connected to anyone. It hurts me. I don’t let it hurt anyone else.”

“Back in college my floor mates thought I needed to loosen up. They all knew I had a bad first s**ual experience and “wanted to help”.

So they did nothing but hand me drink after drink one night at a pregame, I was happy people were being cool to me. One drink was drugged. I don’t remember leaving the dorm that night, even though I was told that we all went to a bar. And I don’t remember the bar, or getting back.

But I do remember waking up in the morning, naked, with a condom still on my dick, and a girl sitting in my desk chair. When I woke up I questioned, almost paralyzed, in shock. She said, “I only stayed because I thought you might be d**d. I can’t believe they convinced me to do this.”

I had never seen her before and didn’t know her name. But saw her around campus from time to time, where I avoided her and she avoided me. I confronted my floor mates who got incredibly defensive and brushed it off. They saw it as me getting with a very attractive girl. No apologies from anyone.

People question me as to why I’m still painfully single, nine years later. “You’ve got a big heart, you would make someone happy.” I’ve told one person about this, who laughed and said, “Well at least it wasn’t real r**e”. So I don’t tell anyone now. I’m terrified because I feel I would not be taken seriously.

I’ve never had a real relationship, nor a healthy s**ual experience. I’m not sure if I’ll ever be at a place where I can achieve that. And at this stage, what’s the point? Even if I find someone tomorrow, I’d be in my thirties getting married, and who knows about kids. Fully expecting to be alone for the future, even if I don’t really want it to be that way.”

“I don’t go to the doctor about pains and hurts because I secretly hope they will eventually k**l me.

“Someone attacked me in a park late at night and I found a drug needle somebody left behind and I stabbed him in the eye and ran.

I have never seen him since then and I pray I never do.”

“Being alive is EXHAUSTING.

I have chronic pain issues and a delightful combo of anxiety and depression, and having to hold down a job, care for myself, and keep my home not-gross takes up all my energy.

“I’m always going to resent my parents for loving my adopted sister more than me.

She was adopted before I was born and they were always asking me why couldn’t I be more like her.

Growing up she was always the favored one.”

“I’ve not had a will to live since I was 11 years old and I’ve felt emotionally empty ever since.

I also fear that I’m going to d** alone because I can’t seem to let myself be happy or just date for the hell of it.”

“Some days I want to build a cabin in the middle of nowhere, and just vanish.

Nobody ragging on me for my looks, nobody complaining that the job they’re underpaying me for isn’t done as fast as they want.

No more torturing myself with impossible dreams of a better life, with a wife and kids, and a dog and 2 cars in the garage.

Just me, in the d**ned woods, alone. No more scumbags saying “it’s God’s will” whenever something bad happens. It’s all so exhausting.”

“I don’t have a lot of friends, nobody in my social circle doesn’t “care” like they do with other friends.

I don’t mean being pampered, but even some interest in my say would feel good, it’ll make me feel included. I went on a trip recently, but even then I felt disconnected from everyone.

I don’t know if there’s something wrong with me, but i feel that i have no place in this world.”

Spill your guts in the comments!