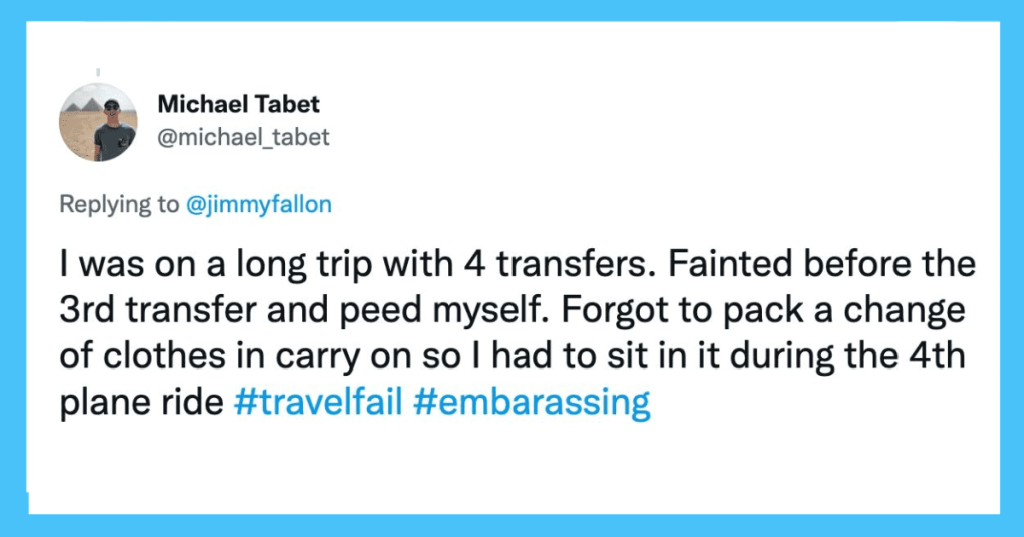 Travel is one of the best things in the world (if you ask me), but stepping out of your comfort zone – or out of your home base – often means accepting that there are a certain amount of mishaps that happen along the way.

These 14 people might be able to laugh about these #travelfails now, but at the time, I’m sure things felt like they were spinning out of control!

Whether or not the plane goes down.

Beware the scams if you don’t speak the language!

We got scammed on a “rooftop tour” in Russia. My buddy ended up in a heated discussion on deadly a slippery slope. We tried to follow them back down into a dark alley, but they got away with $300 and we got away with our lives. Pretty good deal! #TravelFail pic.twitter.com/avFbr43K1G

12. That was almost embarrassing.

That quick-thinking family helped her avoid the worst of it.

Hitched a ride on a cart transporting people across airport. I was lazy and had no idea those are only for people who actually need them. Mom and son in cart covered for me and told driver we were all “family.” If you see this, hi airport family! #TravelFail pic.twitter.com/KSb4LWV4D8

11. Everyone definitely thought he was homeless.

That’s why no one disturbed him. 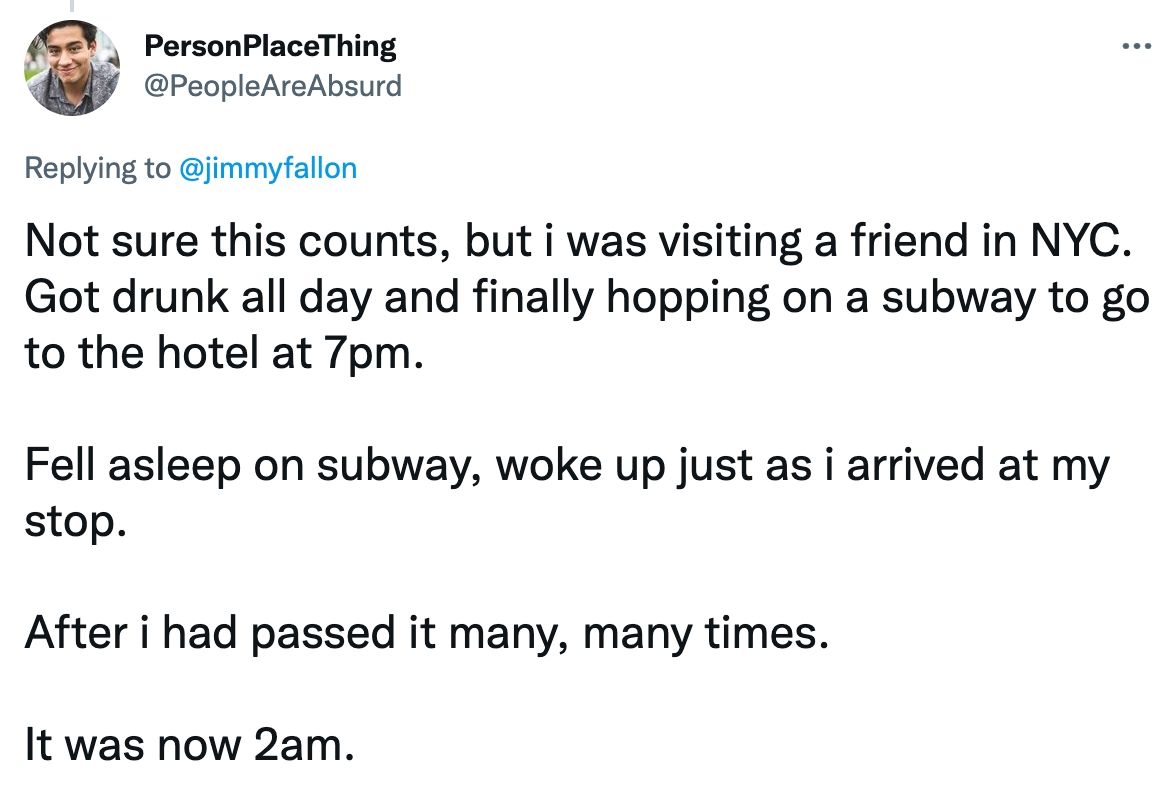 10. Some people would pay for that experience.

I was minding my business on a road trip and got caught up in a Buffalo traffic jam! Everything turned out pretty pretty good. Ended up with a free car wash 👅 #TravelFail pic.twitter.com/guBQdYrTDU

As long as someone is calm and medicated.

8. Gotta love people who will heckle a kid.

At least they took a picture with him after.

#TravelFail I went to New York City when I was younger, toured Yankee stadium wearing all Red Sox gear. Got heckled by some construction workers and police officers on the walk there. We ended up taking a picture @jimmyfallon pic.twitter.com/IgEWNj7ax4

7. This story has so many twists.

And none of them are good.

6. They were after your purse.

Doggies need to eat, too.

5. You couldn’t have expected that.

At least, I don’t think so.

For the first twenty minutes, anyway.

Hopefully he hadn’t started the meter.

Asking for my dad.

1. Funny how that happens.

I miss traveling, y’all. I will happily accept all of the fails if I can just go.

What about you? Have you had a travel fail that sticks out in your mind? Tell us about it in the comments!