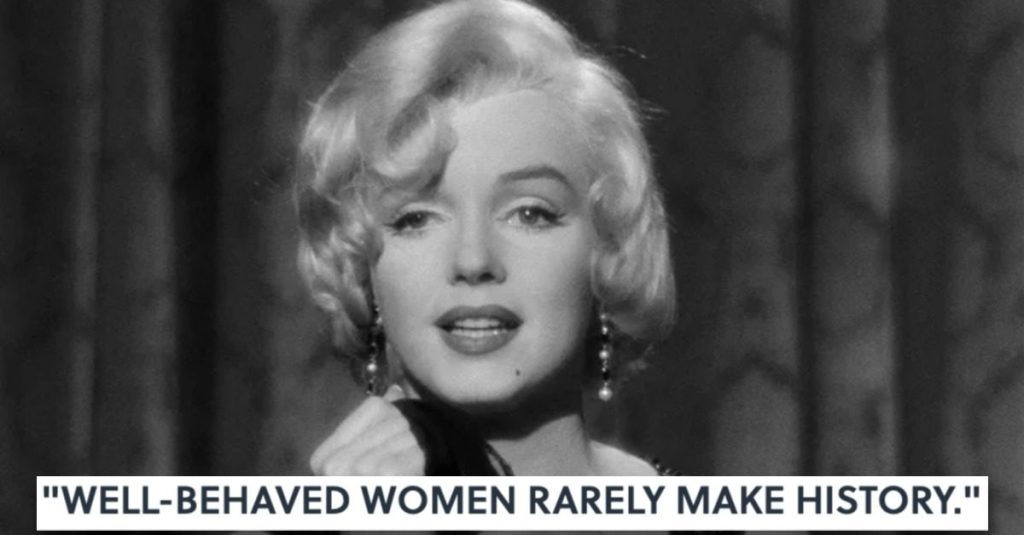 Did you ever used to play that game called “Telephone”?

And by the last person, what was originally said isn’t very close to how it all ends up.

That happens a lot in real life, too.

Check out these famous misquotations and see what was actually said.1

You see this quote everywhere on social media, but there’s no proof that Marilyn Monroe actually ever said this.

Millions of folks have it all wrong. Obi Wan Kenobi doesn’t say this line in the original Star Wars films, Han Solo does.

Another Shakespeare line that people get wrong. What the Bard actually wrote was, “All that glisters is not gold.”

Darth Vader’s real line was “No, I am your father.”

Contrary to popular belief, Hannibal Lecter does NOT say this to Clarice Starling in Silence of the Lambs.

In A Few Good Men, Jack Nicholson’s character only says the second part of this famous quote.

Go back and watch the movie if you don’t believe us!

7. “The only traditions of the Royal Navy are rum, sodomy, and the lash.”

No, Winston Churchill did not say this. Instead, it was actually his assistant, Anthony Montague-Browne.

Hamlet’s famous monologue actually goes like this: “Alas, poor Yorick! I knew him, Horatio; a fellow of infinite jest, of most excellent fancy; he hath borne me on his back a thousand times; and now, how abhorred in my imagination it is!”

Captain Kirk never said this quotable line in Star Trek, but he did urge Scotty to get him back to the ship in a hurry many times.

What William Shakespeare wrote in MacBeth was “Double, double.”

13. “Dreams are the royal road to the unconscious.”

14. “I disapprove of what you say, but I will defend to the death your right to say it.”

People think Voltaire wrote these words, but they are actually a summary of his attitude toward another writer named S.G. Tallentyre.

Clint Eastwood actually didn’t utter these words in Dirty Harry. What his character actually said was “You’ve got to ask yourself one question: ‘Do I feel lucky?’ Well, do you, punk?”

Say it ain’t so! A biographer created this line and attributed it to George Washington in the 19th century.

Do you have some favorite historical quotes?

If so, share them with us in the comments!