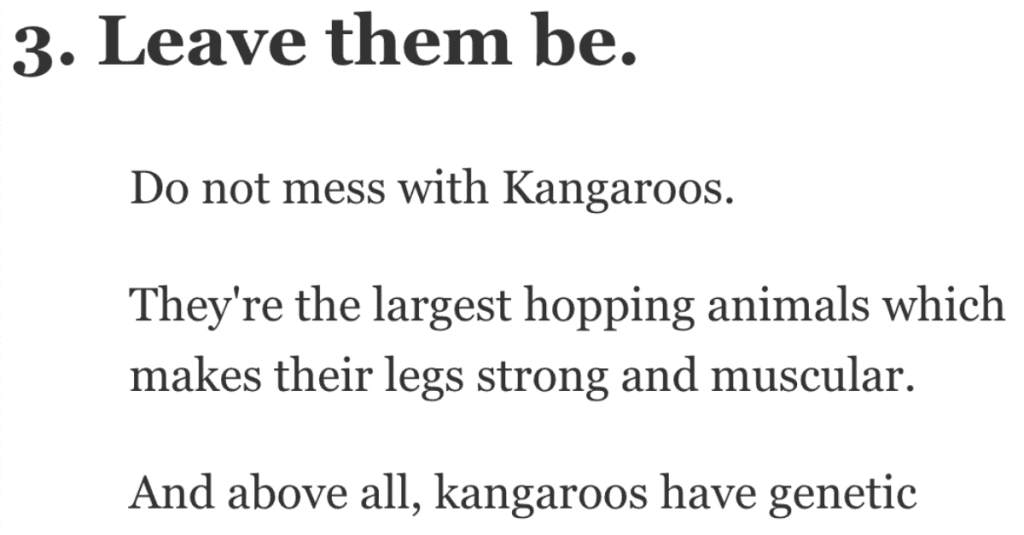 18 People Share What The Word “Australia” Makes Them Think Of

If you’re not from the Land Down Under, I can guess that your first thoughts about the place just might include their insane wildlife – everything there wants to kill you and all of that.

Maybe your thoughts go somewhere else, though, and people from Australia are curious what you think of when you ponder their lovely country!

If you’re curious, too, these 18 people are dishing up their thoughts.

And don’t forget the democracy sausage.

Had one on the passenger visor, the missus swiped the thing on to my lap, scared the crap outta me cause I didn’t see what it was at first.

The Mrs wasn’t happy that I did a tuck and roll leaving her in the car with the spider.

For those who don’t know. Sprinkles on soft buttered white bread, given to children at parties everywhere.

PM crapping himself and great bands, a lot of my childhood favourites are from Australia.

Also, when I used to live there as a kid, I was addicted to Tim Tams.

Late 80s alt rock, I know not what comes to most people’s minds but if you’re not bumping midnight oil and the divinyls on a regular basis you are no friend of mine.

That one video on BBC Planet (or what’s the name of that nature chanel) where they showed 5 males of different species fighting/protecting for/their females.

They showed how a young kangaroo male challenged another male for his harem. There is a moment when the older male kangaroo stands up and you see his MASSIVE muscles.

Every time I see or remember that, it gives me shivers.

Prime minister shat himself at a maccas.

Went on a camping holiday on a long weekend somewhere up north coast of NSW. It was packed and everyone on the site had a beer on the go before I even got up. Like from 8am through the whole day, everyone had a beer in their hand.

I was just upset I didn’t bring enough beers.

Loved that band. Amazing live. I saw them in the UK in 93 at Brixton academy.

Their sense of humor is absolutely astounding.

5. Not their finest hour.

The one they did with Steve Irwin was my favorite.

Do not mess with Kangaroos.

They’re the largest hopping animals which makes their legs strong and muscular.

And above all, kangaroos have genetic predispositions to be muscular. 50% of their total weight are pure muscles.

There are videos on YouTube of people getting their butts kicked by these things. They are not to be trifled with.

King Gizzard and the Lizard Wizard.

So many good Australian bands now.

Bluey. My son loves that show but I think I love it more!

I would love to visit again; such a great place.

What’s the first thing you think of when someone says “Australia?” Tell us in the comments!