This 5-Year-Old Boy Is a Superhero to Stray Cats

Anyone who has owned a cat, worked with strays, or, you know, been generally acquainted with cats knows that they can be hella temperamental. They like some people, they don’t like others (sometimes the same person, depending on the minute or mood), and if they don’t want to do something, good luck convincing them. 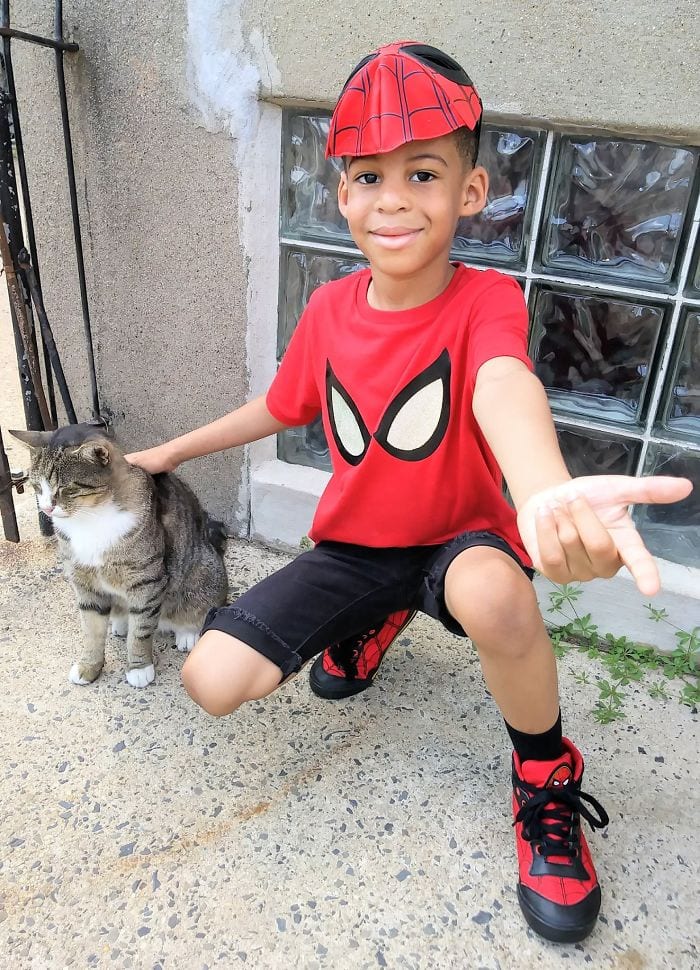 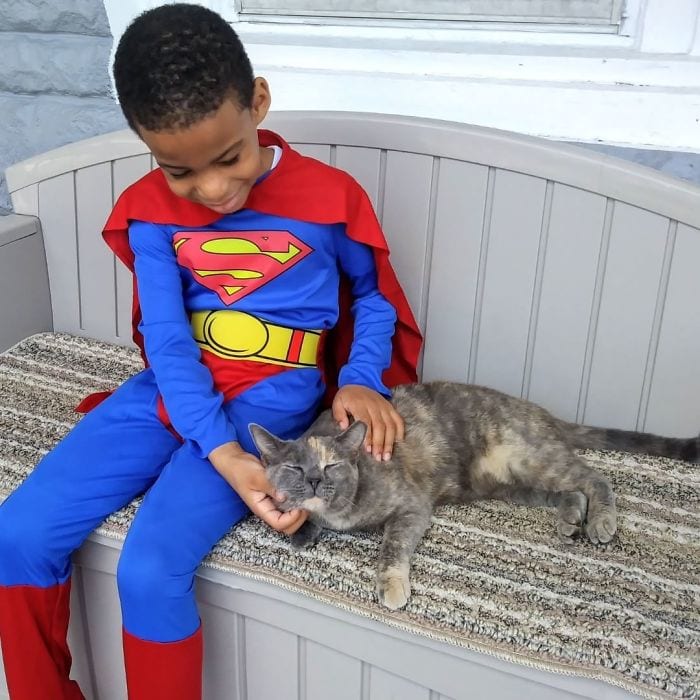 None of which was news to Kris Papiernik, who has volunteered caring for and rehoming cats for years. Her most recent fostering and adoption project is called Kolony Kats, but this time when she ran across a difficult cat, she had a secret weapon: her nephew, Shon Griffin. 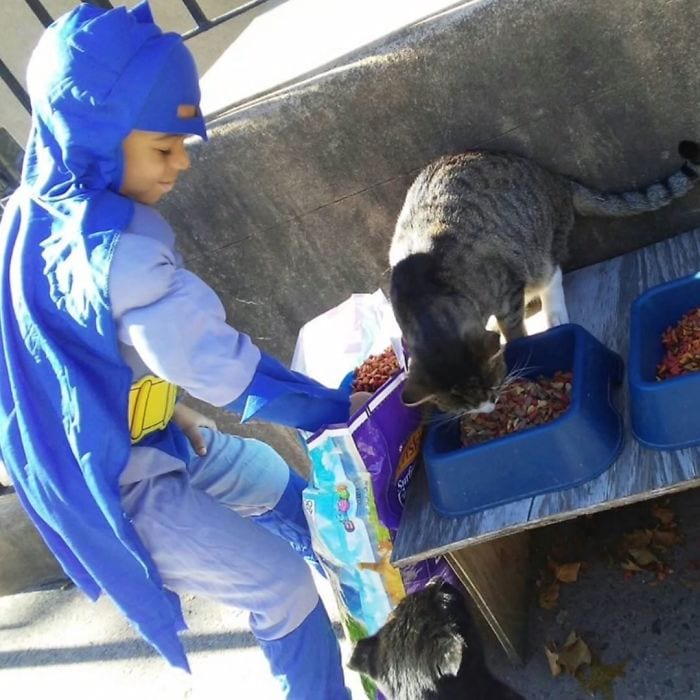 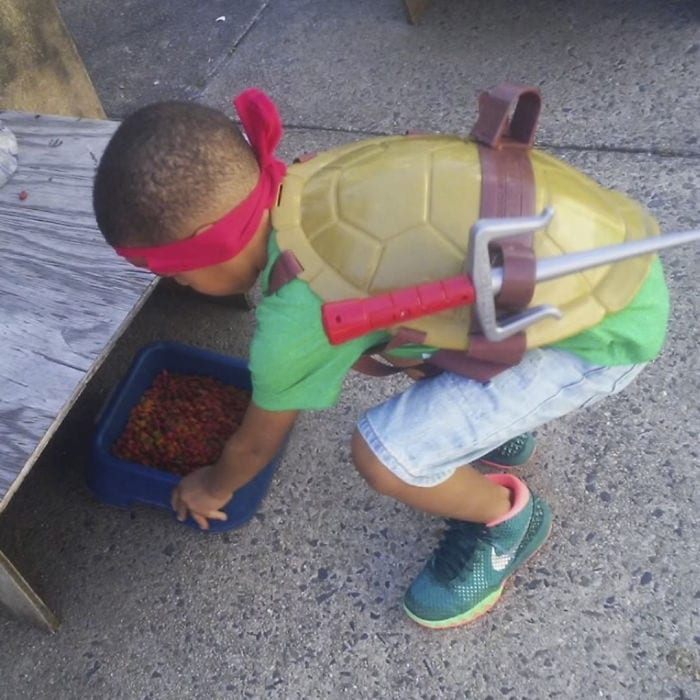 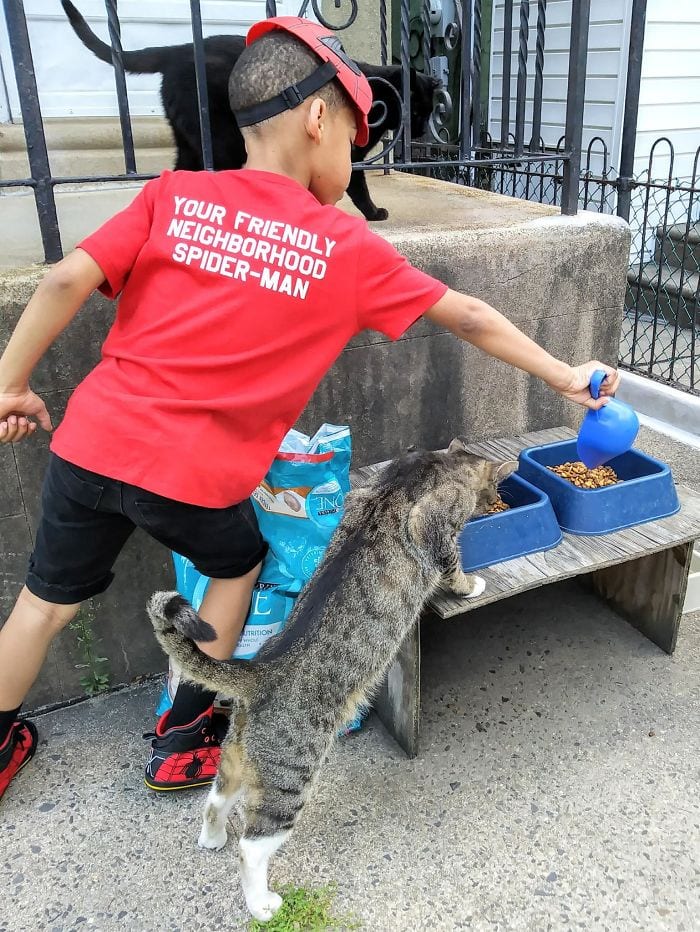 One cat in particular had decided that no way, no how was he getting any shots. His name was Bug, and he wouldn’t even let a volunteer touch him…at least, not until Catman came to the rescue. 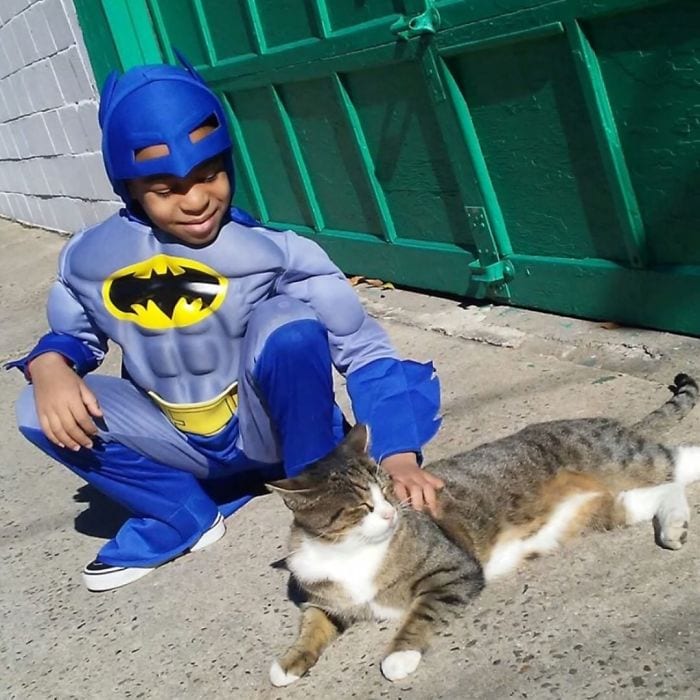 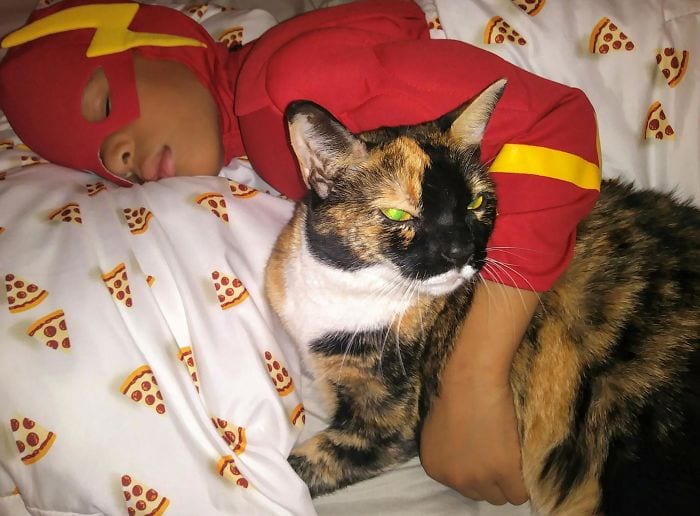 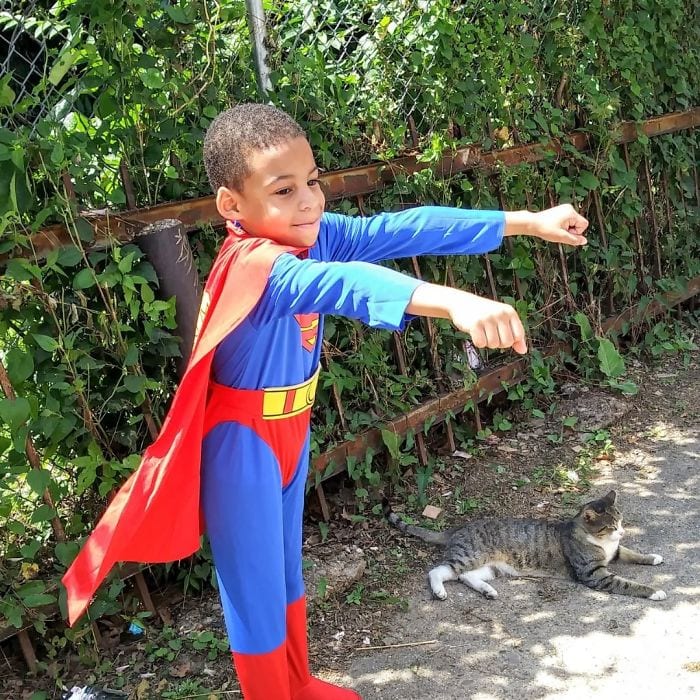 “The cats took to him right away,” Kris explained. “Bug came right over to Shon, rubbed against his legs, and allowed him to pet him.”

Shon takes his job seriously, too. He visits the cats at the Kolony regularly, always dressed as his (current) favorite superhero so they will recognize him and why he’s there. 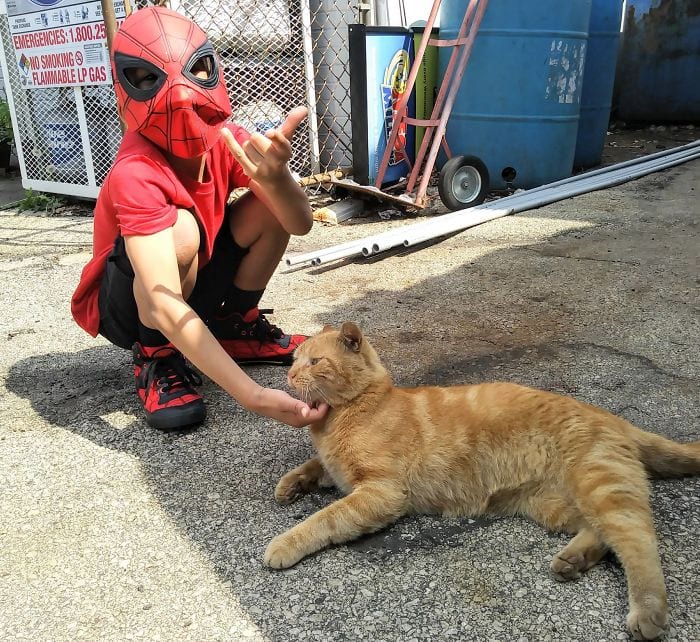 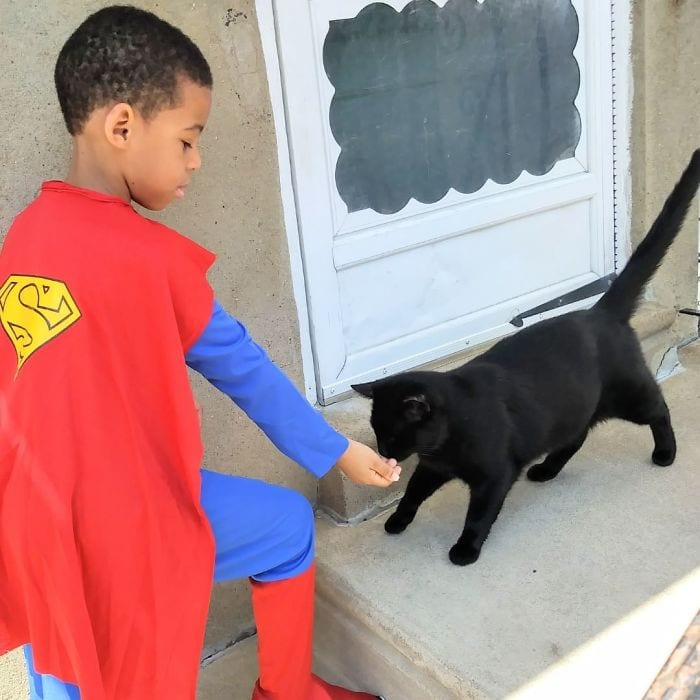 Shon’s presence has helped with problem cases (like Bug’s), and he relaxes the cats in general – for some reason, they’re especially drawn to him for pets and reassurance. 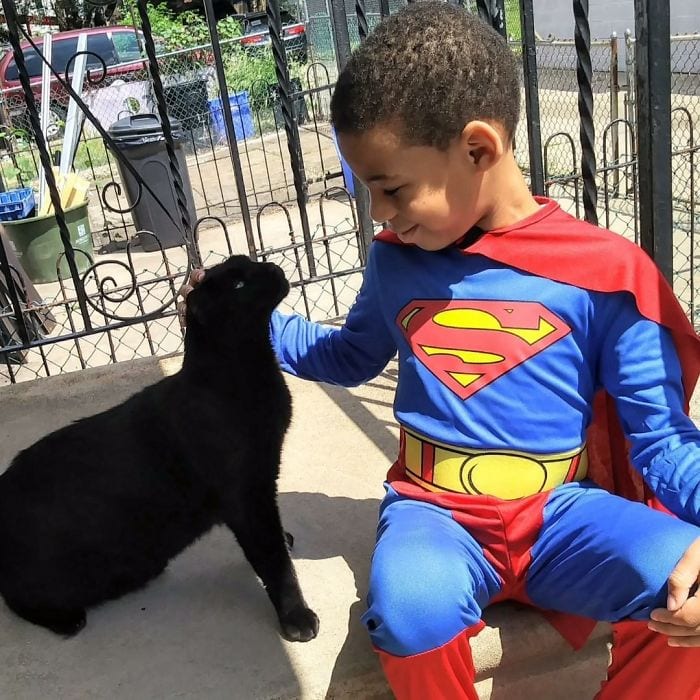 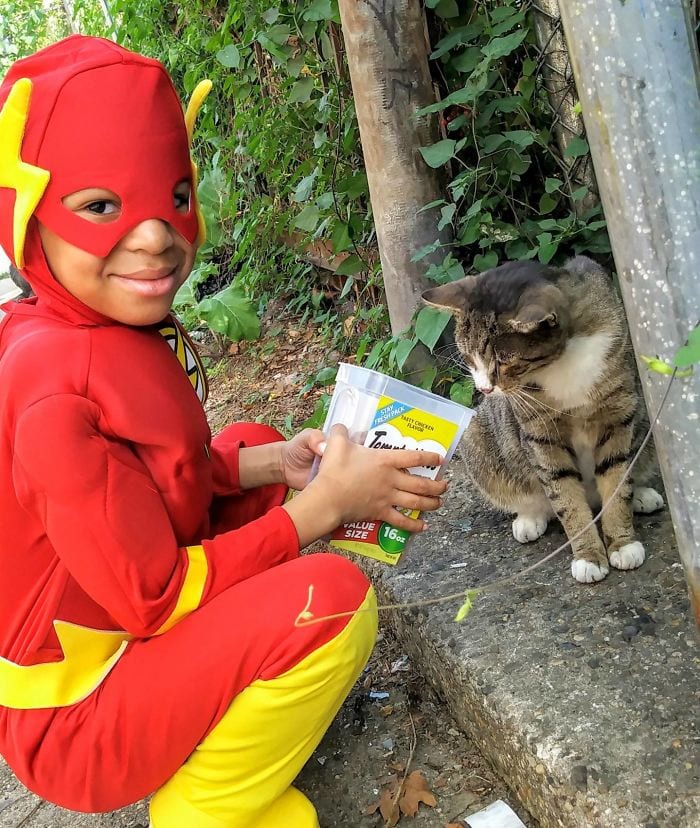 “He’d scratch their bellies and scratch their heads. It was amazing to see these cats who wouldn’t even allow us to touch them, but immediately took to him. He must have this magical effect that the cats can pick up,” she told the Dodo.

You can see from the pictures that it’s true. And, I mean, everyone needs a superhero now and then. Even cats. 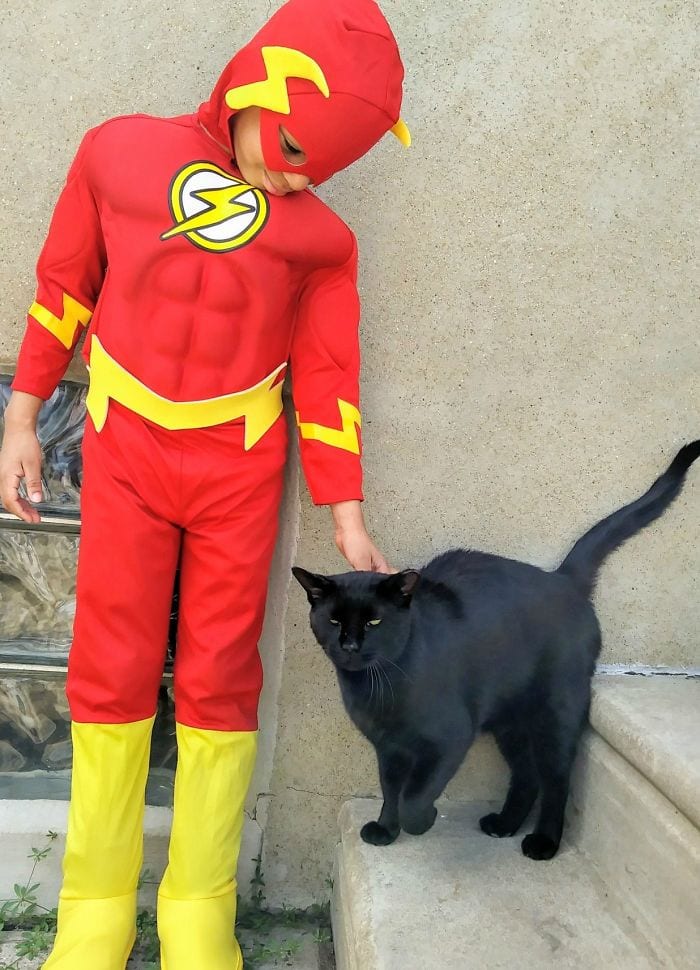 Love this? Why not read these, next!

An Animal Shelter Offered Dogs to Pokémon Go Players, but They Never Expected THIS

These 16 Cats Want to Get Adopted, but They Have Some Conditions…