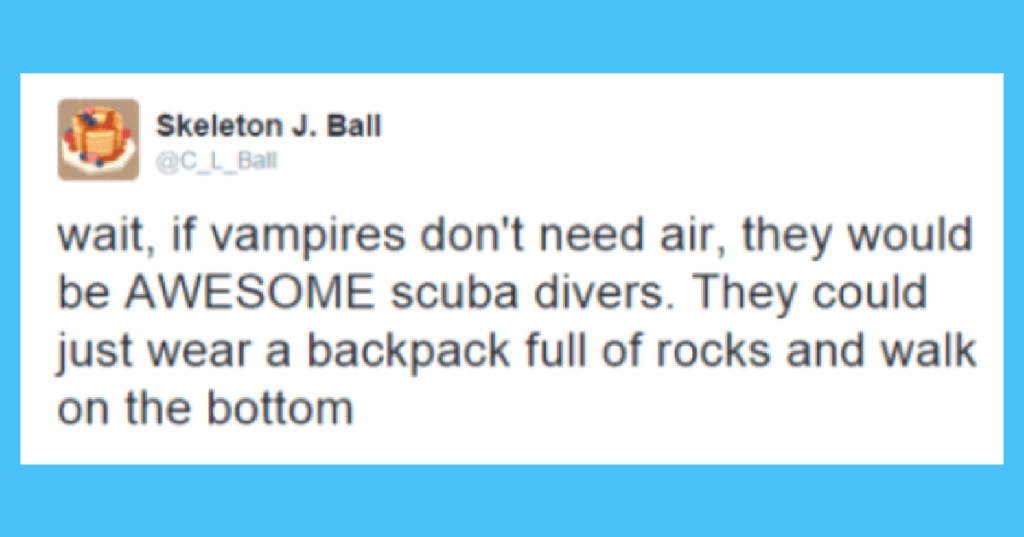 Say what you will about social media, but it’s ability to get into discussions you really never imagined – and never realized how much you needed in your life – is definitely a plus.

It began with someone asking why there couldn’t be supremely lazy vamps who don’t want to do anything with their immortality than lay on the couch drinking delivery-man blood and watching Netflix.

Like, why do they all have to go out terrorizing the town when, in this day and age, bodies would literally come to their door? 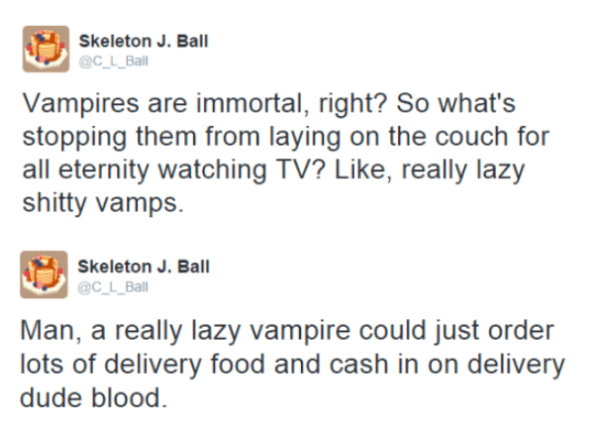 Someone else pointed out that obviously the delivery places would catch on eventually, and there were obvious (but still funny) funeral director jokes made. 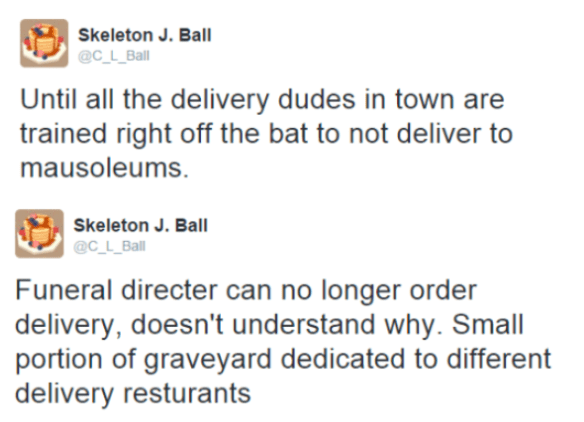 Which led to musing about other stupid and risky behavior one might engage in if they didn’t have to worry about dying.

Although I think missing a finger still might suck when you’re trying to open jars.

That led someone to bring up scuba, and someone else to realize that there’s no light at the bottom of the ocean, which kind of makes it the perfect environment for hidden covens, no? 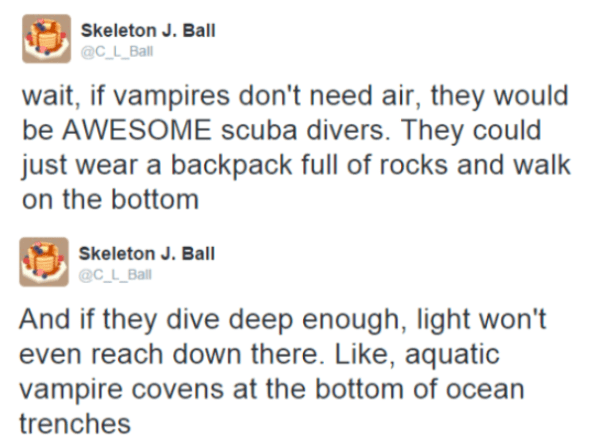 People started musing on just all of the possibilities! 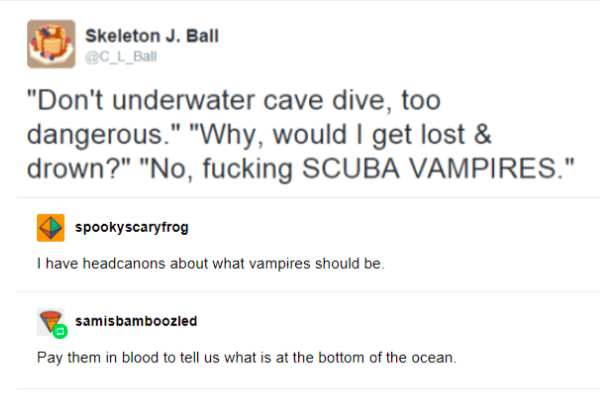 But wait…the oceans are freaking scary and weird, even if you can’t die, right? 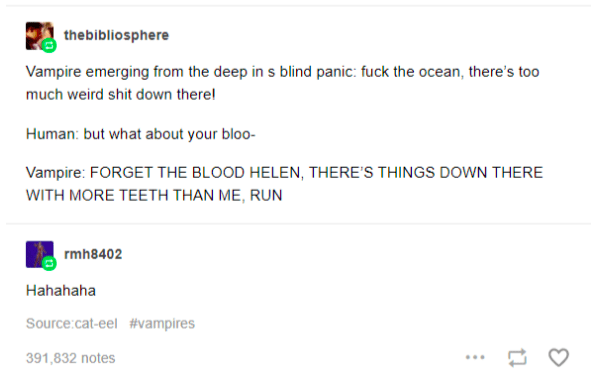 So, the bottom line? We’ve found something people are more afraid of than vampires, or even aquatic vampires – the regular, mysterious monsters that we are pretty sure lurk in the deeps.

Who knew? Except everyone, I guess.

Scuba diving is fun, but I’m not going anywhere that’s devoid of life.

What do you think? Are there vampires hanging out with giant squid and dinosaur sharks or no?

We might as well continue the madness down in the comments!