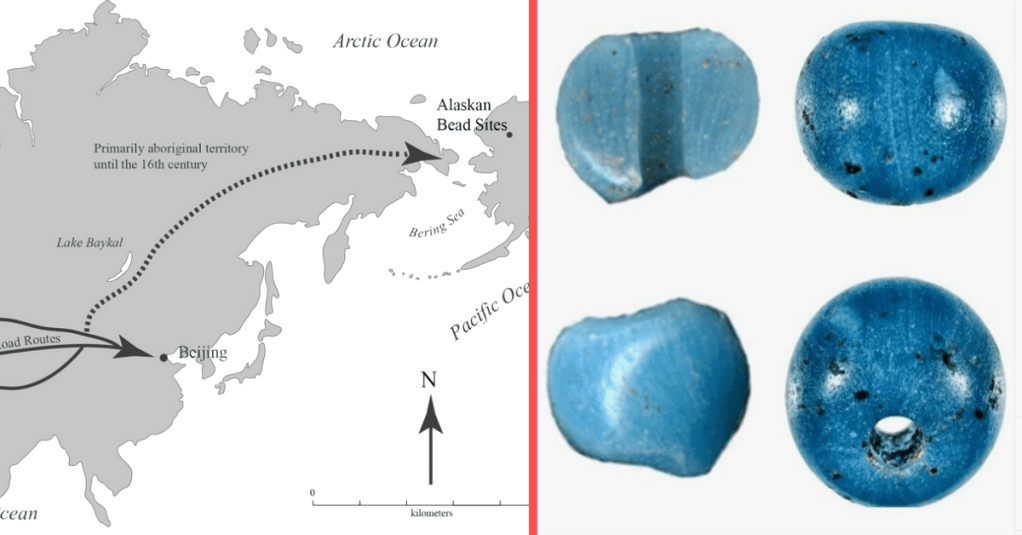 It’s sort of crazy to think that people are still discovering new information about our “recent” (in historical terms) past.

In January, two researchers in Fairbanks, Alaska did just that.

They took their field by storm, when they announced that they could prove European traders had made their way to Alaska before Columbus ever set foot in “The New World.”

Their work was presented in the January issue of American Antiquity, a journal published by Cambridge University Press.

Michael Kunz, a researcher at the University of Alaska Museum of the North, and Robin Mills of the Bureau of Land Management in Fairbanks, collaborated with archaeologists from three Brooks Range dig sites on the discovery.

A post shared by UA Museum of the North (@alaskamuseum)

In finding the beads, they knew conclusively that trade routes had been established prior to Columbus because:

Indigenous peoples in the Americas did not have the material glass, so the beads were considered valuable trade items.

As the glass capital of Europe, many such beads were produced in Venice–known as Murano glass.

The beads most likely traveled the 10,000 mile journey from Italy along the Silk Road towards China, into Russia and along the Bering Straight into Alaska.

A possible route of small glass beads from the city of Venice to prehistoric house sites in northern Alaska. From the…

It’s not a massive surprise to find the beads, about the size of blueberries, as others have been discovered in the last seventy years.

The problem is, it’s hard to verify the age of glass. This is where Kunz and Mills ran into a bit of luck.

The beads were found among other items including copper jewelry.

One item found in the cache of objects was twine made of an organic material that may be willow bark. This twine offered a unique opportunity. The researchers had heard of beads discovered at the sites decades earlier, but earlier scholars did not have the technology to date organic material with accuracy.

Using this modern technique to verify the age of the twine, they concluded that the jewelry was made in the 15th century, “sometime between 1440 and 1480.”

How’s that for science?

As Columbus did not arrive in the Bahamas until 1492, this discovery indicated a pre-existing trade relationship connecting Europe and the Americas.

People have long argued that it’s time to modernize the classroom lesson plans about Christopher Columbus.

This latest find certainly proves that he wasn’t even the first Italian to chart a path to America.

A post shared by UA Museum of the North (@alaskamuseum)

Aren’t the beads beautiful? What do you think? Is it time to update the history books?