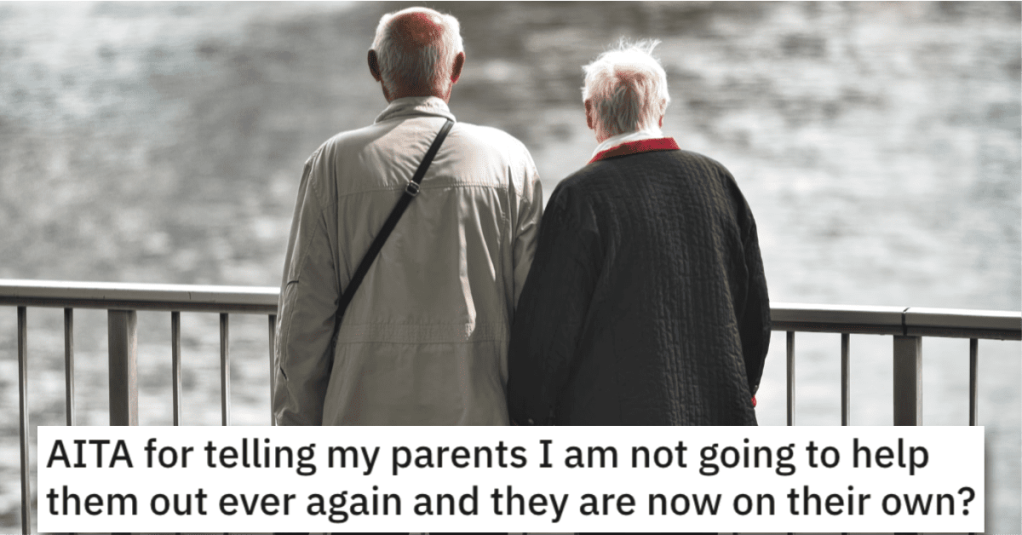 Are They Wrong for Telling Their Parents They Won’t Help Them Out Ever Again? People Shared Their Thoughts.

These stories about people having to cut off their parents are truly heartbreaking.

So is this person wrong for what they said to their parents?

Check out this story to get all the details…

AITA for telling my parents I am not going to help them out ever again and they are now on their own?

“I am the oldest in my family. I had two siblings.

My sister d**d when she was 6 months old in a SIDS d**th. I was 5 at the time. When I was 6 they had my brother. From a young age my brother showed concerning behavior and over the years it only got worse. He is very destructive and angry and has been in and out of our local children’s hospital for psych evals and behavioral assessments since he was 4 years old.

The police have been called to our house many times before to help get him under control. He has never been formally diagnosed but he was medicated a few times to sedate him and try to curb his outbursts.

I was 9 when I last celebrated my birthday with my family and once I hit 9 there was nothing again until I was 13 and considered old enough to do something with my friends without adult supervision. And even then I had to ask for no gifts because anything I had was broken by my brother. It was a nightmare.

My parents would often leave me in charge so they could get a break and then my life was hell. Once I was around 12 I was considered old enough to watch him while mom got groceries, even though I was not old enough to go hang with my friends. By 14 it was hours at night. A few times even overnight. I was not prepared and our house was destroyed every time. And my parents would express disappointment in my handling of things.

The best period of time was when I was 16 and he was placed in residential treatment for a whole month. It was by far the best month of my life in years at that point. It was hard when he returned, no better than he was when he left. It felt like my life had ended.

I moved out as soon as I could and I have distanced myself from my family. My parents have tried to keep in touch but I am bitter toward them for my childhood. And they are aware. They have made excuses for why they made certain decisions.

They told me I was being unfair. They asked me how I could do this to them.

One reader said this person is NTA and that their brother is not their responsibility. 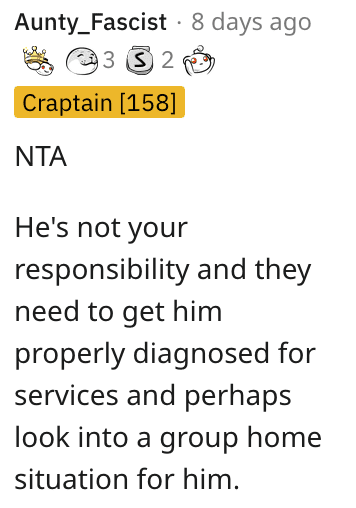 Another individual agreed and said that they owe them nothing.

And this Reddit user said this is not her responsibility and her parents need to deal with it.