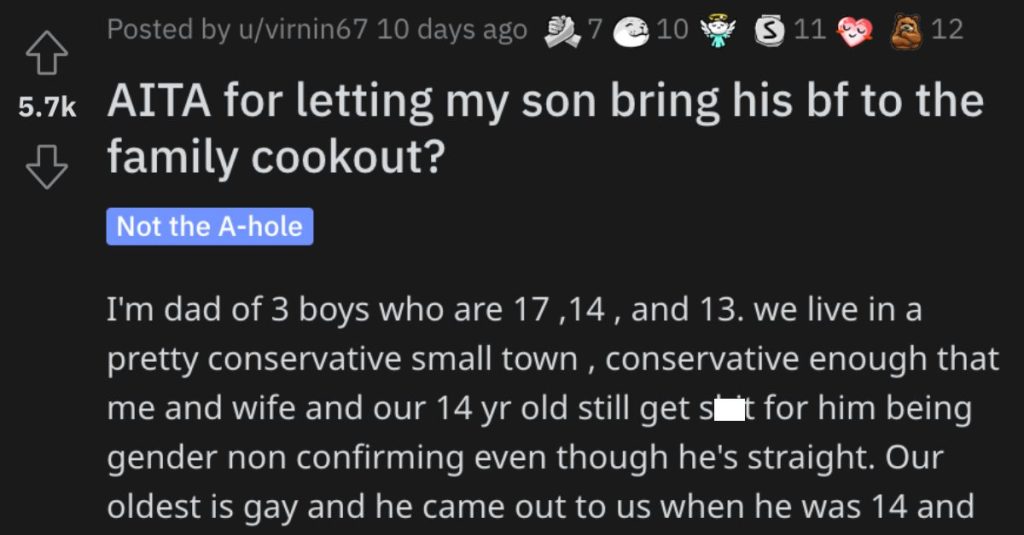 In this story from Reddit’s “Am I The A**hole?” page, a dad has a very particular dilemma that we think all you readers out there will find very interesting.

It involves his teenage son and his conservative small town.

Let’s take a look to see what went down and to see if readers think this father acted inappropriately.

AITA for letting my son bring his BF to the family cookout?

“I’m dad of 3 boys who are 17 ,14 , and 13. we live in a pretty conservative small town , conservative enough that me and wife and our 14 yr old still get s**t for him being gender non confirming even though he’s straight.

Our oldest is gay and he came out to us when he was 14 and only immediate family and his close friends and of course bf knows because he’s a football player. We love all our kids and accept them how they are though.

Until yesterday 17 wasn’t out to his grandparents( my parents) and the the rest of our extended family. We normally have a family picnic every year this time where you can bring a plus one especially the teens who are introducing a new or a longtime S/O to our family.

Now my oldest has been dating his bf privately for 2 yrs now and he felt it was time for him to come out to the rest of our family. Before the picnic He first told his grandparents that he was bringing his bf. They looked really upset but didn’t say anything, and layer told me in private that I shouldn’t allow it.

Well I let him bring his bf anyways and as he was introducing him ,an argument started with his grandparents and some of his great Aunts/Uncles about me allowing him to be gay and bring a bf and how disrespectful and inappropriate it was especially for the younger kids.

I quickly told them they can leave if it was such an issue and was told that I’m a bad father which caused an even bigger argument that ended the picnic. my parents called later and said if I hadn’t let my oldest bring his bf in the first place none of that would have happened..

Hmmm…let’s see what Reddit users had to say about this.

This reader said that the man’s parents are bigots: plain and simple. 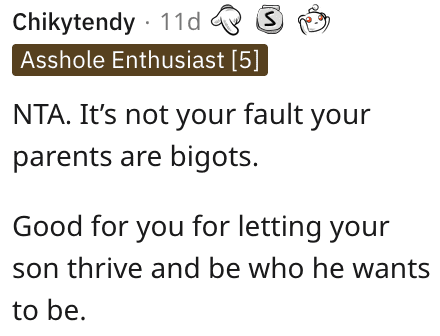 Another person said that the dad did nothing wrong and that he was right to give his son the support he obviously needed. 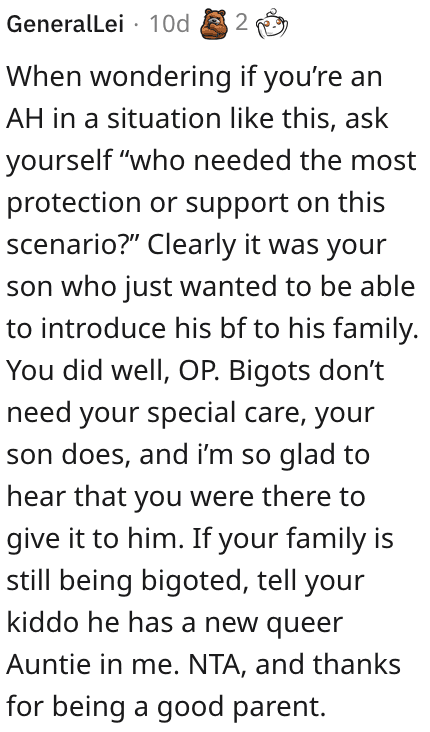 This person gave the dad kudos for accepting his son as he is and that the other family members could learn a lesson from him. 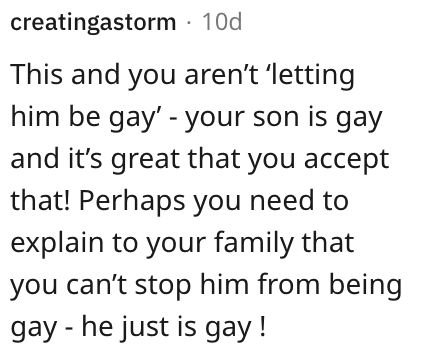 Photo Credit: RedditAnd finally, this reader said that the problem is with the man’s family and they’re just going to have to  learn to deal with it. 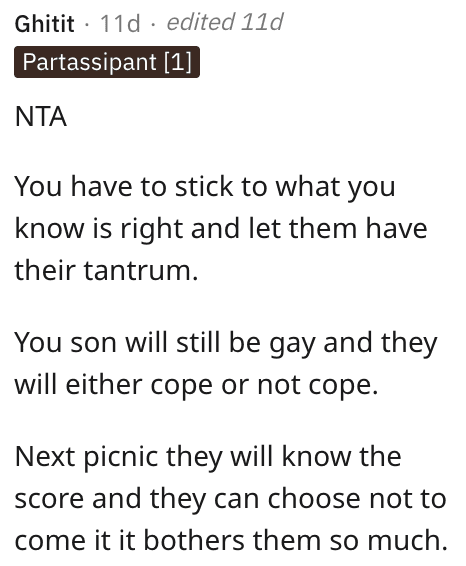 What do you think about what this dad did?