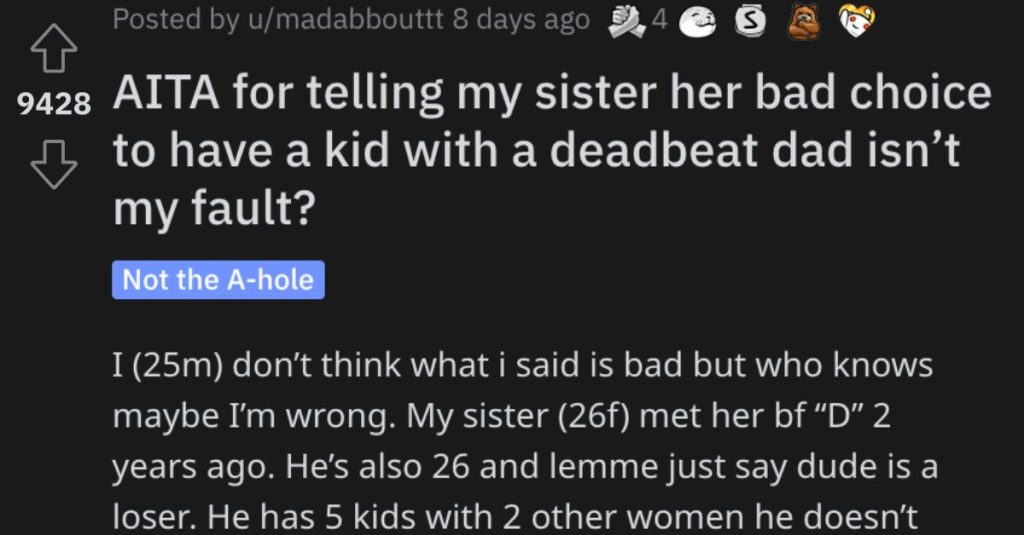 Man Told His Sister It’s Her Fault for Having a Kid With a Deadbeat. Was He Wrong?

It’s a sad fact of life that there are deadbeat parents all over the place.

And, in the end, it’s the children that end up paying for these folks’ inability to be responsible.

But do they get called out on it very often?

A man took to Reddit’s “Am I The A**hole?” page to ask people if he was wrong for calling out his sister about having a kid with a deadbeat dad. Take a look.

AITA for telling my sister her bad choice to have a kid with a deadbeat dad isn’t my fault?

My sister (26f) met her bf “D” 2 years ago. He’s also 26 and lemme just say dude is a loser. He has 5 kids with 2 other women he doesn’t see and since we’ve known him he’s been between jobs. My parents don’t like him because my stepdad loaned him close to 2k and never got repaid.

My sister being the genius that she is decided she wanted to have a baby with him. While she was still going to college because he promised to take care of her. It wasn’t like this was a surprise pregnancy she made a choice to actually have a kid with the guy.

Everyone in my family practically screamed no but she went ahead and got pregnant . Now she’s all surprise Pikachu face when he broke up with her a month after my nephew was born and he tells her he doesn’t have money to help with the baby.

My nephew is a year old. My sister is living in a studio and working full time, no school either. A few times she asks my parents for money. Thanks to my mom she heard my biological dad died. Guy was very wealthy so each of my half siblings got a large amount of money.

I haven’t touched any of it because I don’t wanna go crazy so plan was to get in touch with a financial advisor. Point is I’m not using that money for s**t and my sister is pi**ed at me because I’m refusing to give her anything to help. She’s not my biological dad’s daughter btw so that’s why she didn’t get a cut. Last time we fought she told me she’s struggling here and I’m being a s**tty brother so help her out.

Then I reminded her SHE made the bad choice to be a mom with a deadbeat who wasn’t gonna help her. We all told her she’d be stupid to have a kid right now while she was in school with no career. And especially with a guy like him. And it’s not my fault she this dumb decision. She goes complaining to my parents about it.

So I guess telling her that made me an a**hole, but am I?”

This reader said that while the person’s comments were exactly nice, they’re true. 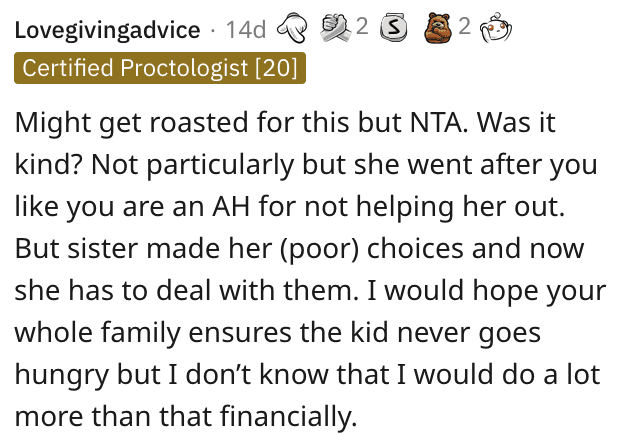 Another person said that this story reminds them of a story from their own life. 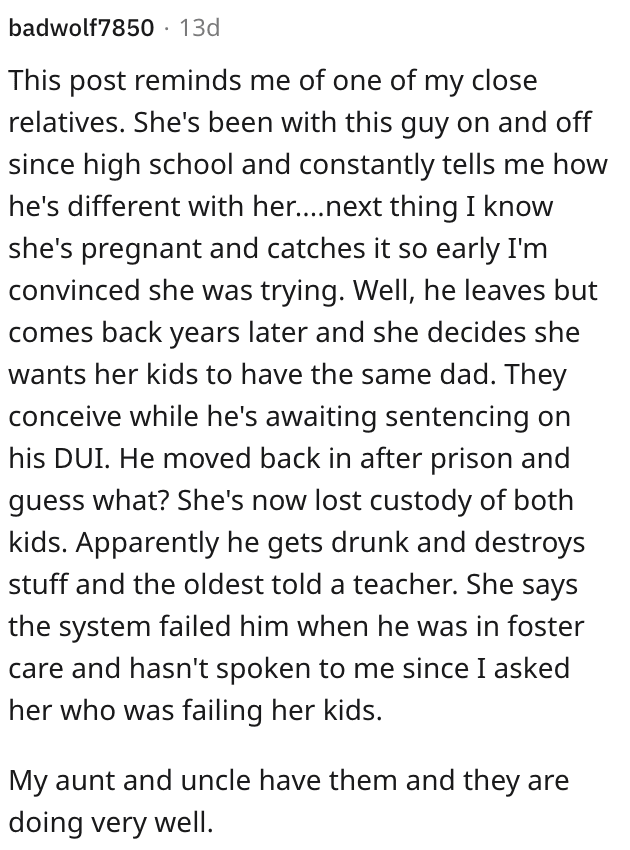 This individual said the person could have been nicer but that the proof is in the pudding. 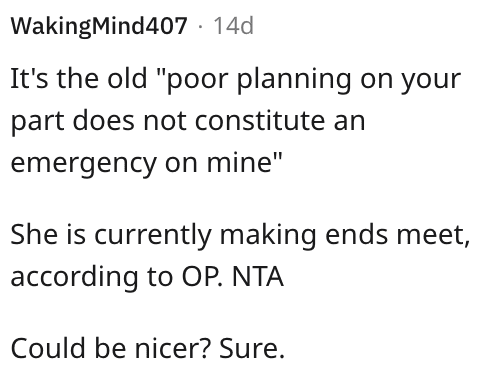 And lastly, this reader had A LOT to say…keep reading to see the details…I think you’ll probably agree with them.