The CIA, like other branches of law enforcement, uses dogs to perform essential, frontline duties – like sniffing out bombs in areas of potential threat (like in airports). They raise and train these dogs from puppies to be focused on their noble purpose of keeping humanity safe.

But what if one of those dogs just doesn’t give a crap about finding explosive devices?

I mean, I’ve worked a job I didn’t like. Because, you know, money. But I can tell you that, 100%, I was not giving my best every day, at home or at work. I wasn’t happy. Since I’m a human, though, no one really cared. 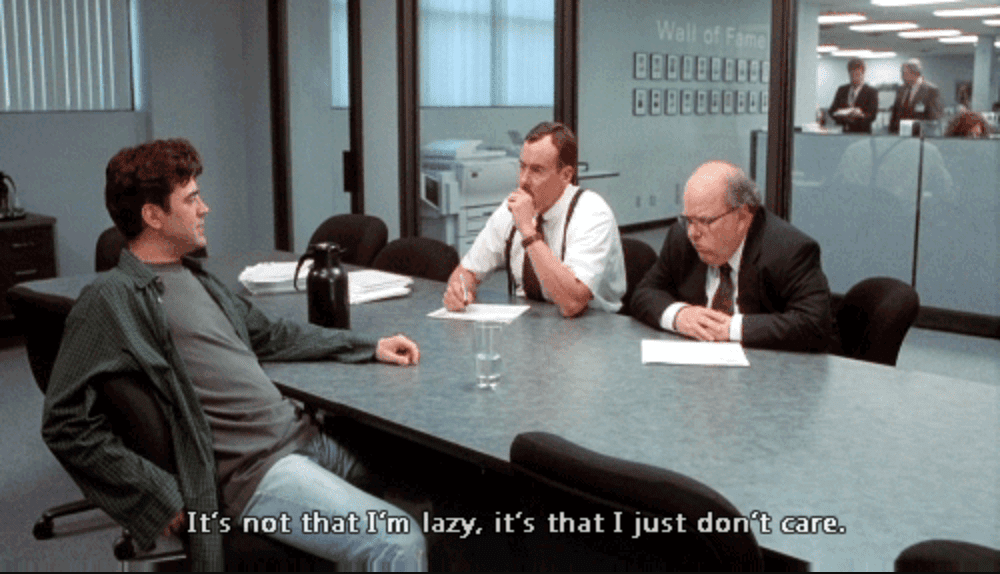 Dogs? They’re too pure and good to be forced to toil day in and day in at a career that doesn’t make their tails wag – a fact that even the CIA seems to understand. Meet Lulu, the bomb-sniffing school dropout, introduced to the world in a series of tweets.

And while the CIA didn’t say in so many words that Lulu just thinks humans should sniff out their own damn bombs, it’s pretty clear from reading between the lines that that’s exactly what she thinks. 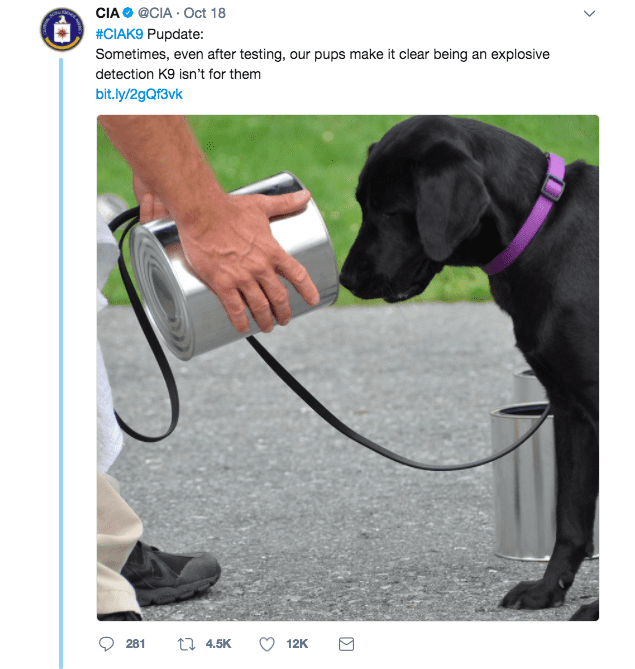 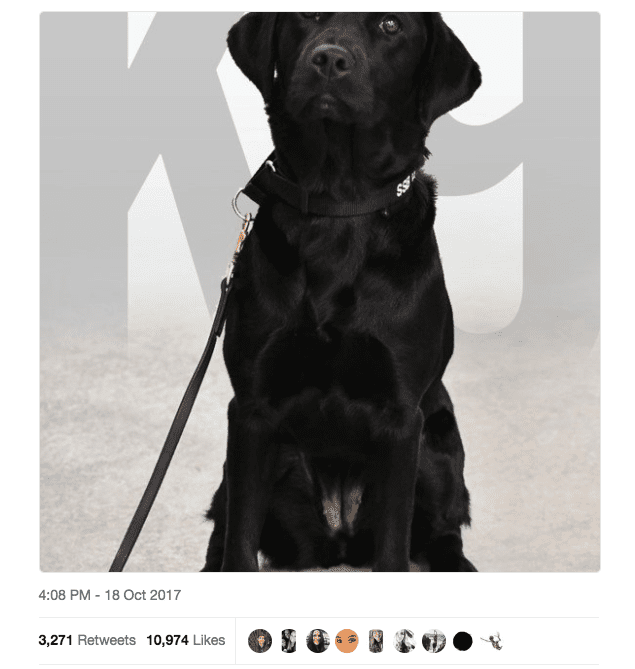 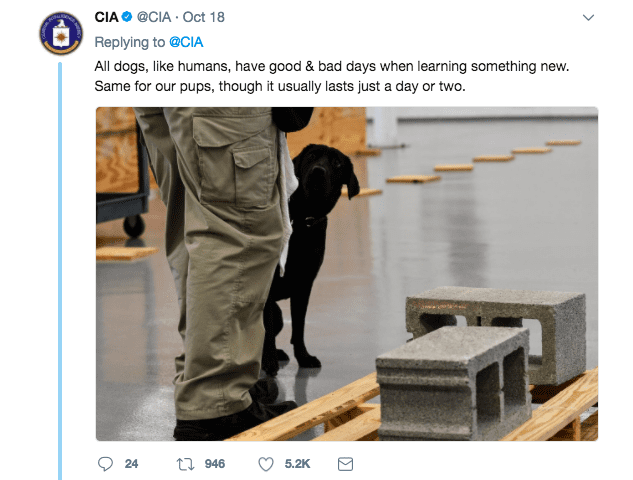 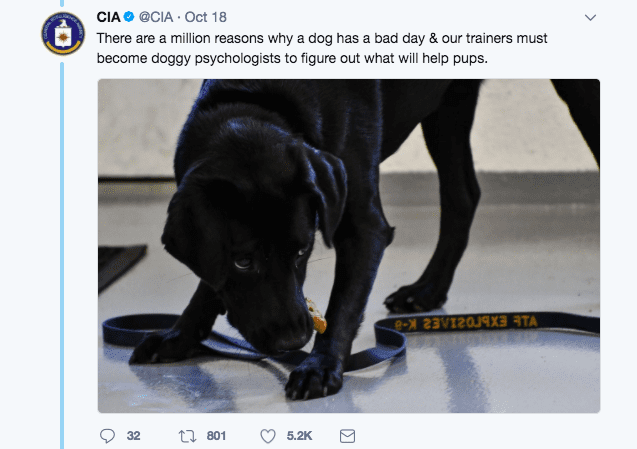 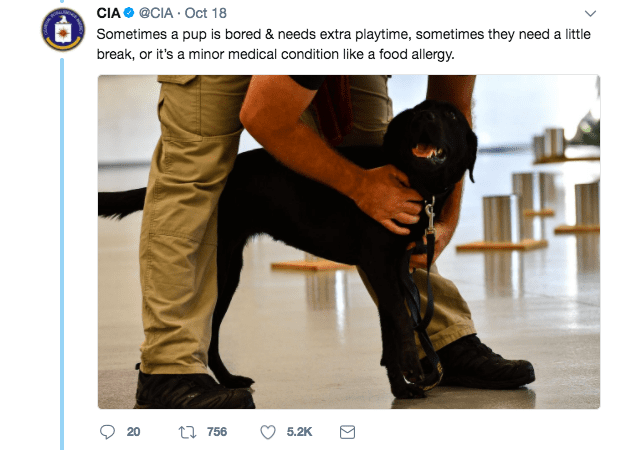 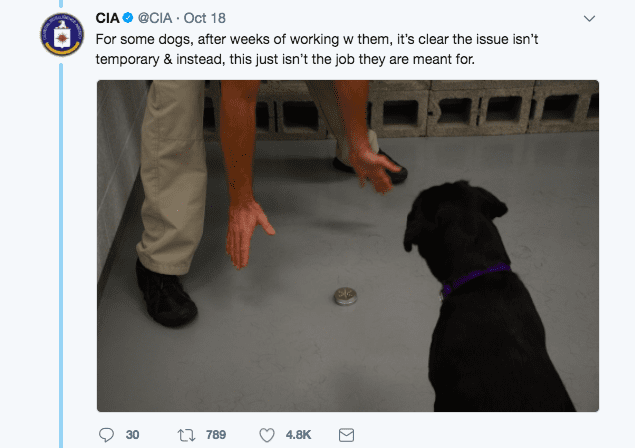 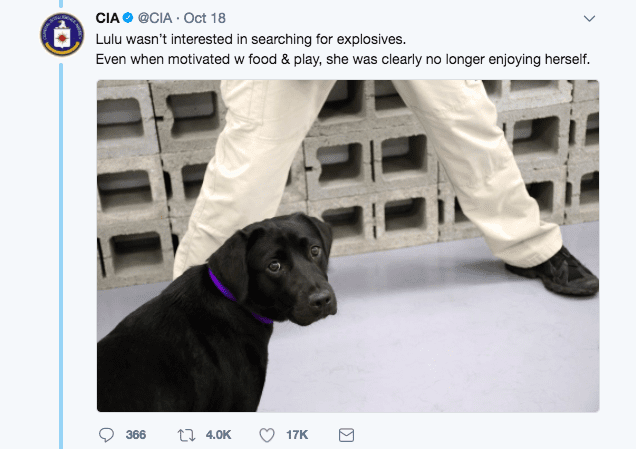 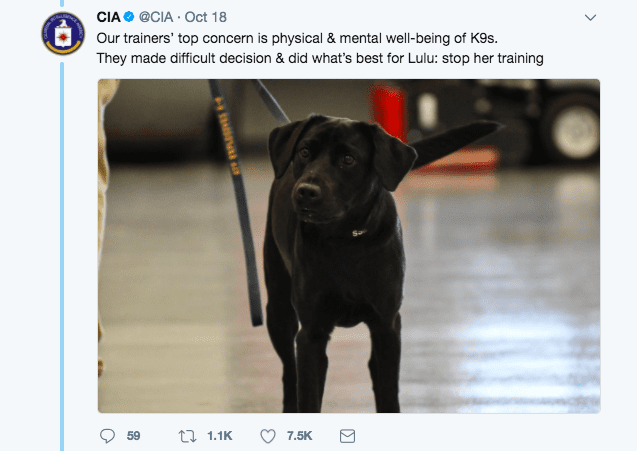 Lulu’s story has a happy ending, though! 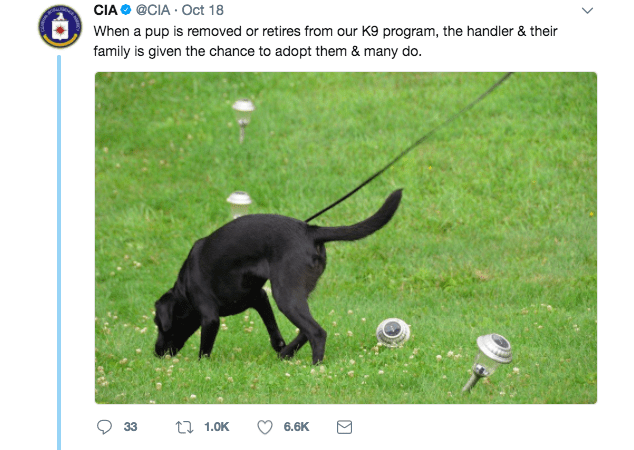 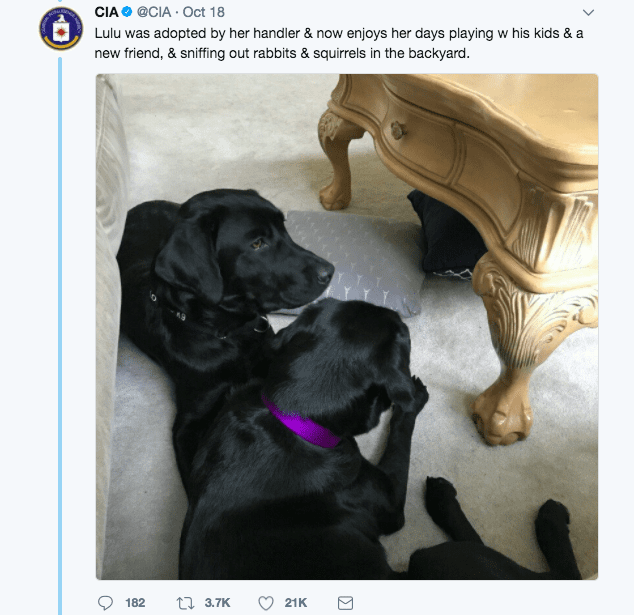 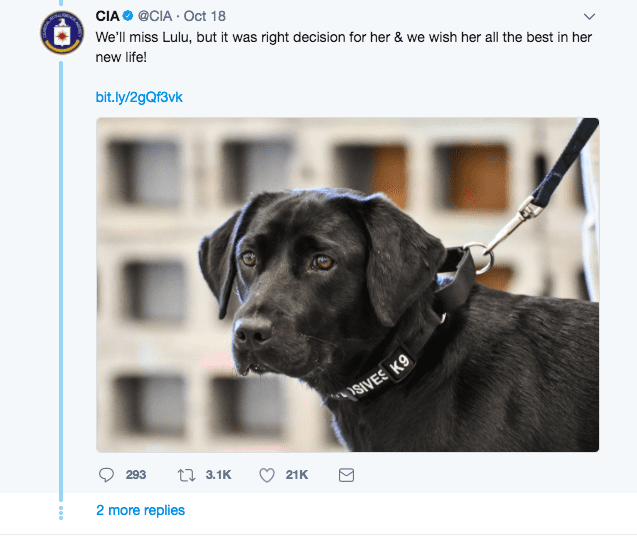 I wish someone had adopted me so I could have quit my job sooner. Soft bed, treats, and lots of naps would have been big selling points for me, too!

Young Girl Has the Perfect Answer to a Sexist Homework Question

These Illustrations of Mental Illness and Disorder are Graphic and Stunning