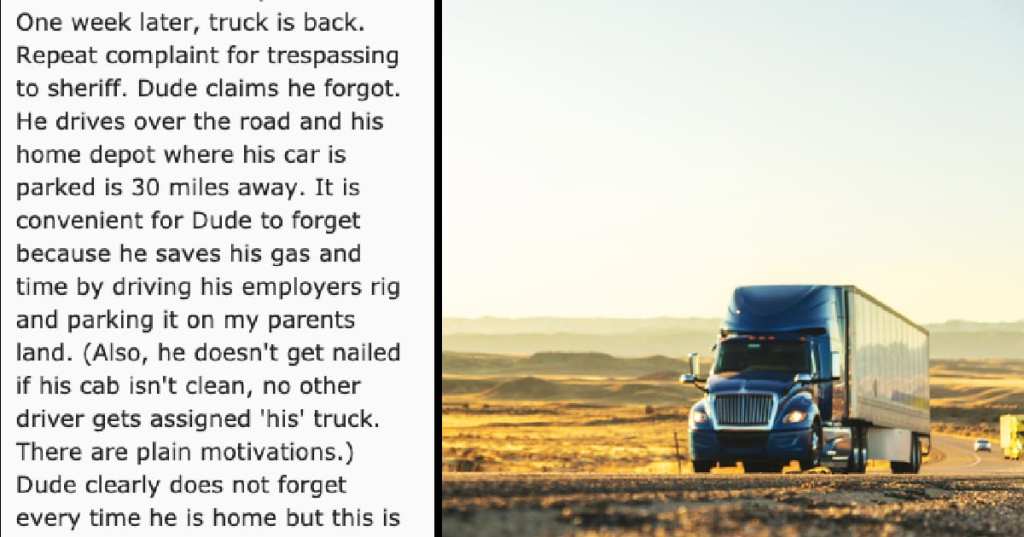 Ah, parking. In some places around the world, it’s a non-issue, and in others, a parking space is worth its weight in gold.

If you think living somewhere with plenty of space means you never have to worry about folks parking where they shouldn’t, though, you’ll have to think again.

The man in this r/MaliciousCompliance story is the son of a pecan farmer. If you don’t know, a pecan grove has nicely spaced trees and flat ground that’s kept mowed.

The reason it’s kept neat like that is because pecans will fall into any available grooves and then fail to get picked up by the harvesting machines, causing a lot of work for the farmer in the process. 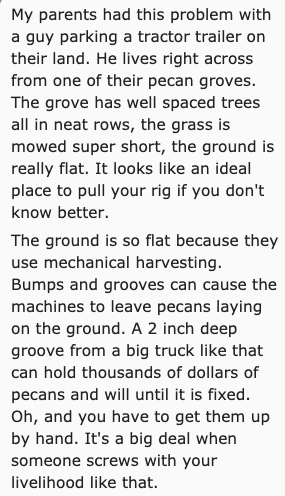 None of which this semi driver probably knew the first time he parked his rig there. 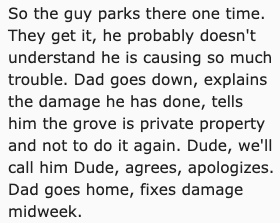 Then, though, he does it again.

And the people even get why, but that doesn’t mean they can let it go on since it’s costing them time and money.

Even the police, though, don’t seem to be able to really manage to take care of it. 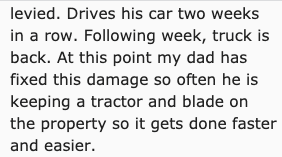 They call the sheriff again and again, until finally, the man sees fit to give them a bit of advice. 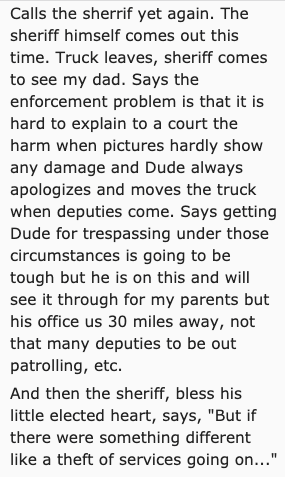 So, the pecan farmers post signs that advise there is a $500 fee to park in his grove. Violators, they say, will be towed.

And that’s when things get interesting (and fruitful). 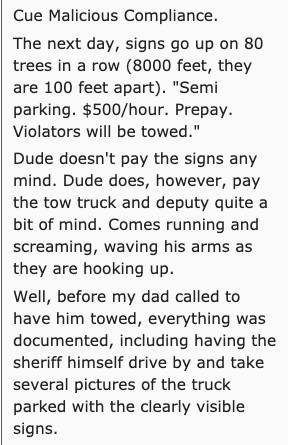 The guy’s employer had to get involved, and the farmer was the one laughing.

Into his free beer. 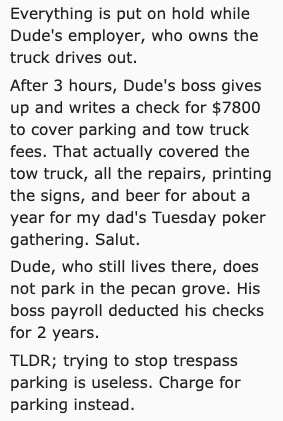 Lesson learned, wouldn’t you say? Ask nicely once, but if the sheriff’s office can’t handle things, take matters into your own hands.

I actually love this one. It’s all so…polite and civilized.

Tell us your thoughts in the comments!