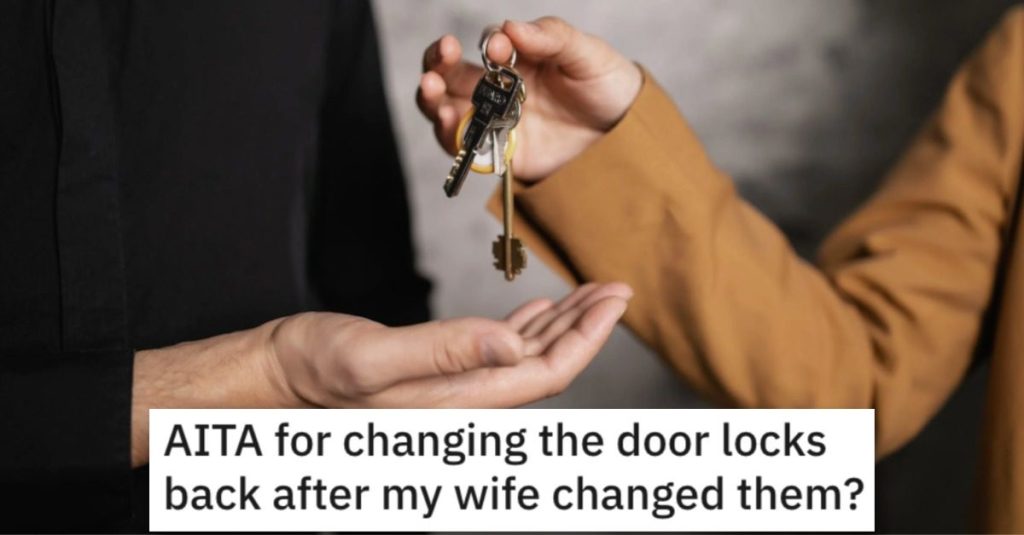 He Changed the Locks on the House Back After His Wife Changed Them. Is He a Jerk?

You change the locks and I’m just gonna change them back!

But things can get pretty wild on Reddit’s “Am I the A**hole?” page!

So check this story out and let us know what you think in the comments.

AITA for changing the door locks back after my wife changed them?

“I <30M> have a beautiful wife who loves to serve others. We bought a home down the street from my family. I have a sweet sister <17> Who likes to crash at our house with her friends.

My wife normally is pretty easy going until recently. My sisters friends have been leaving messes. Mostly towels on the floor after using our pool. My wife got upset picking up after them every day. I have asked my sister to make sure the house is clean after they leave and it has been better.

My wife also complained that some of her perfumes/Clothes personal items have gone missing. My sister said it’s not her. I believe my sister. I just don’t see her doing that. I told my wife and we agreed to just replace them.

Last week my wife made a couple of pans of cinnamon rolls from scratch. One pan was for us, the second pan was for a co-workers family who is experiencing a tragedy.

They ate them anyways. My wife upset went and bought new locks. When I came home my wife handed me a new key and told me that she didn’t want anyone else to have a key to our house.

I tried to calm her down and tell her that I would just go replace the eaten cinnamon rolls with store bought ones. My wife decided this was her hill to d** on and said no my sister lost the privilege to come when we are not home. Replacing stolen items wasn’t “good enough” anymore.

My mom called and asked if my sister could use the pool as a back to school party? I was under the impression my mom would be there. I said yes, my mom was at work and our schedules clashed. The easiest solution was for me To change the locks back so they could come into the house.

My mom didn’t come with my sister. When my wife got home after the party. It was a mess. She sent me photos. She called me the A for changing the locks without talking to her about it. (Keep in mind she did too.) then told me I broke her trust. She wasn’t safe in her home because she keeps getting robbed and I refuse to put an end to it. (I did talk to my sister). Then my wife let me know she was staying with a friend for awhile.

Am I the A here? I feel like I have tried to right any wrongs that have happened. Between my wife and my sister.” 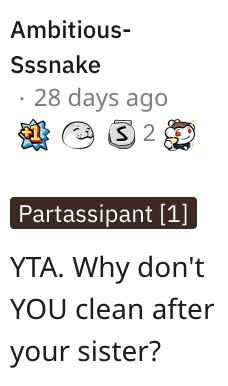 And this individual agreed and said his wife has a right to not be stolen from in her own home.

Another Reddit user said they think this guy and his sister are both a**holes. 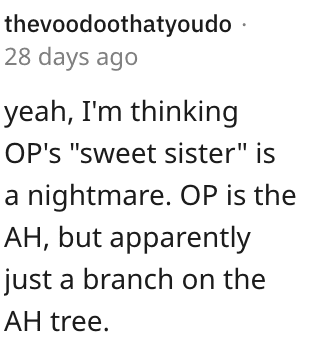