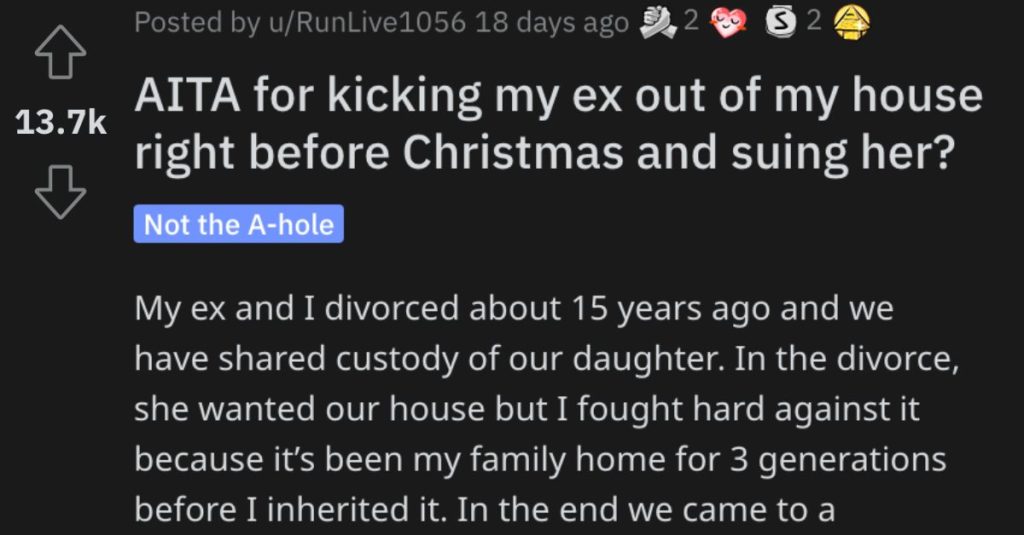 He Kicked His Ex Out of the House and Sued Her. Is He a Jerk?

Even when it’s painful.

Unfortunately, it’s the way life works from time to time.

But did this guy go too far for what he did to his ex-wife?

See what he had to say and let us know what you think in the comments.

AITA for kicking my ex out of my house right before Christmas and suing her?

“My ex and I divorced about 15 years ago and we have shared custody of our daughter.

In the divorce, she wanted our house but I fought hard against it because it’s been my family home for 3 generations before I inherited it. In the end we came to a compromise that was signed off by the judge. Basically she gets to live in the house rent free until our daughter turns 18 then I get it back.

I had to pay the utilities, maintenance, and property taxes the entire time. In addition, she can’t make any modification or upgrades to the house without my written permission, she’s solely responsible for the cost, and the work has to be performed by a insured and legally licensed professional.

I’ve been sending her move out notices for months in anticipation of my daughter’s 18 birthday and recently that came to pass. The day after I showed up to the house with a contractor because I wanted some work done before I move back in.

At first she refused to let me in until I reminded her that I’m the legal owner of the house, according to our divorce agreement signed by the judge, she’s no longer allowed to be there, and I’ll call the police if she doesn’t let me in. She got the point and opened the door.

I was surprised nothing was packed and it didn’t seem like she’s moving at all. We were arguing as I walked through and inspected my house. She wanted extra time and I told her to be out by the end of the week or I’ll have her stuff thrown out.

When I walked into the living room, I was shocked into silence. The living room was expanded by a wall being torn down and having the bedroom that was once there merged into it. She turned my 4BR house into a 3BR one. I know I didn’t sign off on this and from the looks of it, the work was probably done by her BF and not a professional. I yelled at her and told her I’m going to sue her for everything she has then I left.

She went crying to our daughter and my family now everyone is telling me to give her another month to find a place and not to sue her. My daughter is firmly on her mother’s side and thinks I’m the AH for kicking her mother out a couple of weeks before Christmas and suing her. This is why I’m here. I think I’m right and legally I am right but my daughter’s opinion of me matters to me.

Check out how people reacted to this story on Reddit.

One person said he’s NTA and that the rules were clear. 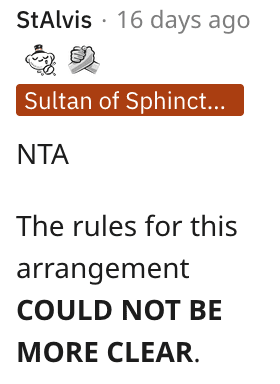 Another individual said that her living there for 15 years is a joke. 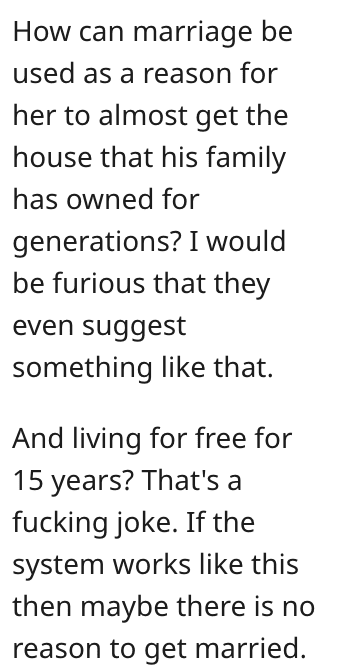 And one person said shame on both of them… 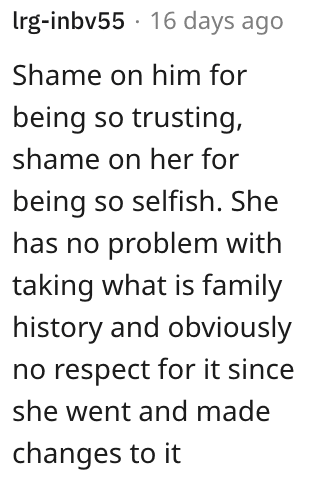