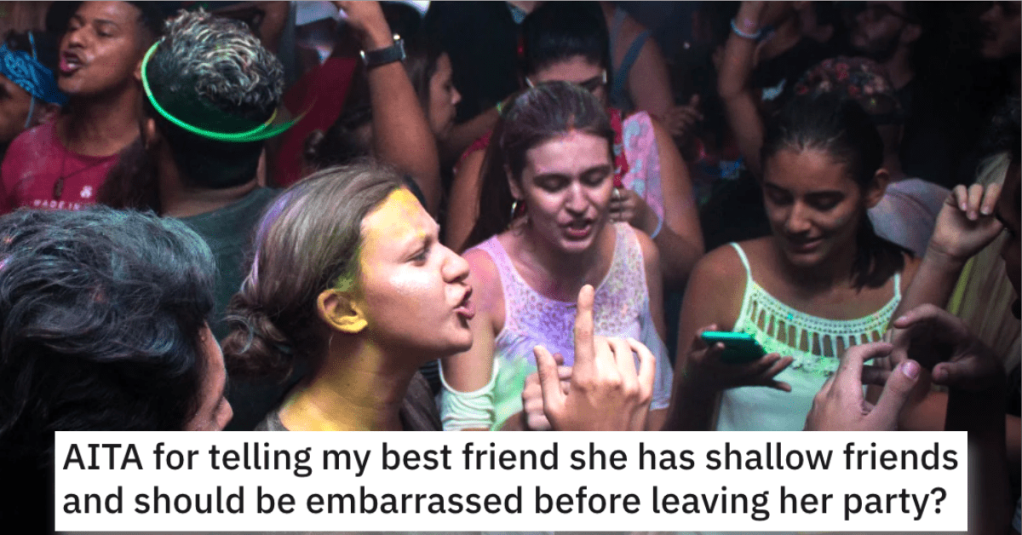 He Told Someone That Her Friends Are Shallow and She Should Be Embarrassed. Was He Wrong?

Sometimes you just gotta call people on their bulls**t, even if it hurts their feelings…and even if they happen to be your best friend.

So is this guy a complete a**hole for what he said to his best friend?

Read the story below and let us know what you think.

AITA for telling my best friend she has shallow friends and should be embarrassed before leaving her party?

“Me (27M) and Annie (27F) have been best friends since junior high. We had different social circles even tho we tried in include each other. Annie was part of the popular crowd and has kept these same friends till today.

I grew up severely overweight. I was heavy all thru HS and college. I was lucky enough to have Annie as my friend so I was always included in things. I was always the tag along. Annie’s friends mostly acted like I wasn’t there. I still around her friends on a regular basis now.

About 6 months ago I made a lifestyle change. I was tired of being fat and getting turned down because of it. I’ve now lost about 75 pounds and feel incredible. Annie has been my biggest supporter and was my gym buddy.

I haven’t seen her friends since January because I was in gym mode. But Annie decided to host a party at her new place. I was invited but I didn’t want to go. I explained to her how I didn’t want to have a connection with people that knew me when I was fat. I wanted a clean slate but she insisted so I did come.

So I posted a gym selfie (totally unlike me) and one of Annie’s friends Claire slide into my dms. And said “wow. You look so different congrats! How did you do it”. I explained a few of my tips and then she asked for my Snapchat. I sent the “😂” emoji and never responded again.

I show up to Annie’s and all of the sudden I felt like the new kid in school. All her friends who previously never acknowledged me wanted to talk. It p**sed me off. One said “OP I had no idea you knew so much about cooking” I said “you would have if you took the time to get to know me the last decade” and walked off to meet Annie.

As I’m talking to Annie the friend that dmd me walked up. She said how great I looked and asked why I never gave her my Snapchat. I said because I don’t deal with shallow people. And she knew me for a decade and didn’t want my snap. So that’s why I laughed. She excused herself and Annie followed her. I waited outside and Annie came back furious.

Saying she talked to her friends and they all felt embarrassed. I said they should be. Because they are shallow. Annie got all offended and said I’m being a d**k. I said she is far too good of a person to have these type of friends and she should be embarrassed.

She asked what I meant. I said she has shallow friends who treated her “best friend” like a ghost for a decade. But now I’m supposed to give them my attention? That she is a sh**ty friend to me to have kept these friends.

She started crying and said something about how I used to have the best personality. But now I’m a d**k. I said “maybe I am, but better than being part of a shallow friend group”. And I left the party. Annie’s sister (who I am close with) called me today. Saying that Annie is upset and felt like she lost her best friend. But that I said some sh**ty stuff and need to apologize.

This reader said this guy is an a**hole. No doubt about it. 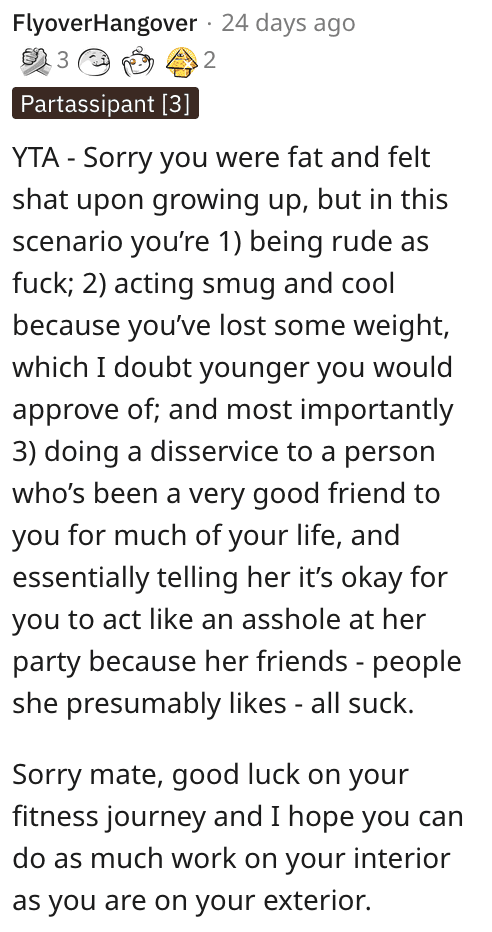 And this individual counter-argued and said her friends suck and he just answered a question. 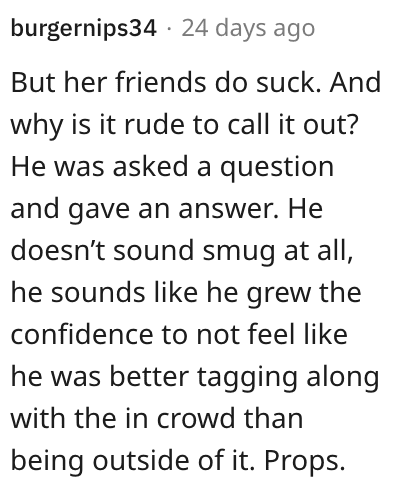 And this Reddit user said this guy is an a**hole and that his friend was looking for comfort in this situation. 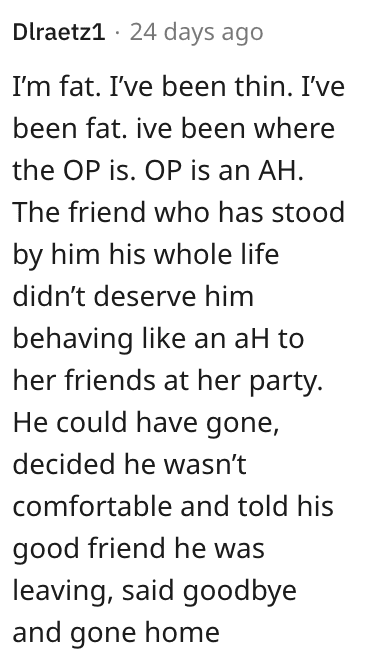 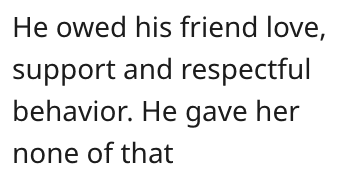